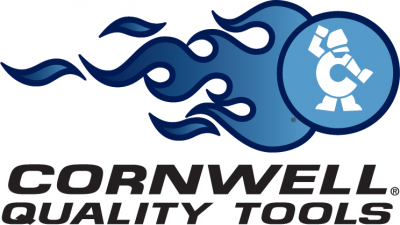 Cornwell Quality Tools announced they have extended their partnership as the Official Tool of John Force Racing for an additional three years. The new contract begins in 2022 and will run through the 2024 NHRA Camping World Drag Racing season.

The Cornwell Quality Tools name/logo will continue to be seen on the wings of both the John Force and Robert Hight Funny Cars, as well as on the canopy of the Top Fuel Dragster driven by Brittany Force. The Cornwell brand will continue to be visible throughout the Force race pit at all NHRA races, with the teams utilizing Cornwell toolboxes and tools when working on the cars, as well as branding on car haulers, signage, hospitality canopies, and more.

Cornwell has been the Official Tool of the 21-time NHRA world championship John Force Racing team since 2019.

"We are excited to extend our partnership with a high-caliber team in John Force Racing," said Bob Studenic, President and CEO of Cornwell Quality Tools. "As we have seen over the past few years, supporting and working with John Force Racing has been a blast. John and his family know the importance of loyalty, hard work, and dedication. We value those same principles. We look forward to continuing to grow our partnership with the team, as they race towards additional NHRA championships."

"I treat sponsors like family, and I always want to be treated the same. I've built long-range relationships that we have turned into 16 championship for myself and 21 as a team owner. Our relationship with Cornwell Tools has grown but it's getting better as we extend out years into the future," said John Force, owner, CEO and driver of the PEAK Antifreeze and Coolant Chevy Camaro for John Force Racing. "We're making new plans as we speak. Not just bigger signs on a race car but being able to ride along on the tool trucks, bringing Cornwell Tools trucks to races, more hospitality and meeting more of their Franchisees. This is how you win championships and grow sales. What makes it easy is we're working with a great product. We use Cornwell Tools, not only at the races, but at our shops and at home."