DERIC KRAMER NO. 1 ON PRO STOCK LADDER IN DALLAS 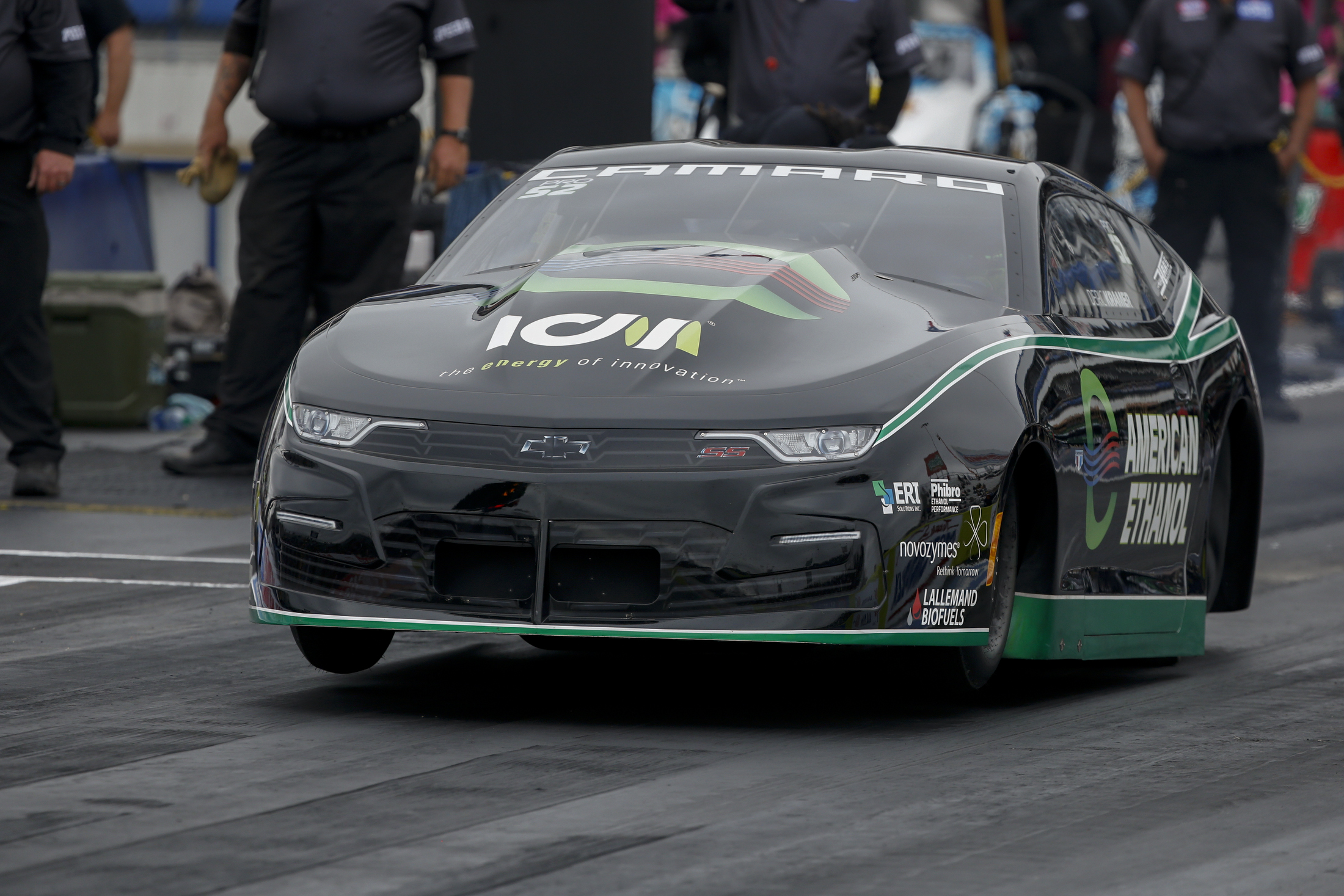 The Sterling, Colo., driver had something to smile about Saturday at the 35th annual AAA Texas NHRA FallNationals.

Kramer clocked a 6.541-second lap at 210.37 mph to grab the No. 1 qualifying spot at the Texas Motorplex in Ennis near Dallas.

“We didn't do very good last week,” Kramer said. “We had a handful of problems the last race but everything kind of turned around for us and we did pretty good the week before. Getting a shot at the racetrack was great and hopefully we can take it into (Sunday).”

At the last event – in St. Louis, Oct. 5, Kramer lost in the first round to Chris McGaha. During the Gatornationals, the race before St. Louis, Kramer was upended in the semifinals by Alex Laughlin.

This was Kramer’s sixth No. 1 qualifying spot and second of the season as he also was tops on the ladder in Gainesville.

Kramer is optimistic he can turn on win lights Sunday in his American Ethanol-sponsored Camaro. He is No. 10 in the points standings.

“I mean it's a lot,” said Kramer about his confidence carrying over to race day. “When the car is working as well as it is, it takes a lot of weight off my shoulders, which is awesome. I’ve race for a long time where a lot of weight was on my shoulders. So, it this is definitely a lot easier for sure.”

Kramer meets Val Smeland in round one.