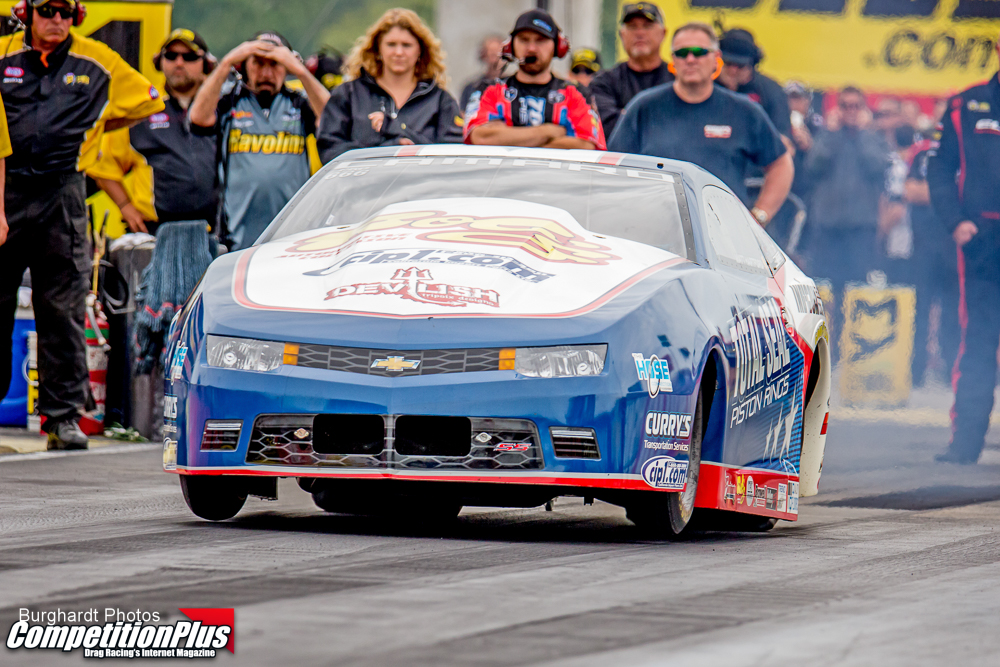 Not long ago, qualifying for NHRA Mello Yello Series Pro Stock events was an accomplishment for Matt Hartford.

Fast-forward to the present and Hartford has become a championship contender in his Total Seal Piston Rings/CIP1 Pro Stock Camaro.

Hartford arrived at the U.S. Nationals in Indianapolis last weekend fifth in the point standings – only 49 points behind second-place Greg Anderson.

Hartford has one win this season in Seattle Aug. 4 and three runner-up finishes in Phoenix, Las Vegas and Denver. At the Most recent race in Brainerd, Minn., Aug. 18, Hartford lost in the semifinals to Erica Enders.

“I think we keep our head down and focus on what we need to do we can put the Total Seal Camaro in the winner’s circle here (in Indy) and at the end of the year put it on the big stage.”

Hartford lost in the first round of the Chevrolet Performance NHRA U.S. Nationals confirming his belief that racing is unpredictable, as he fell to seventh in the final regular season point standings.

“You got to be careful (believing that your peaking),” Hartford said. “We’ve seen cars come into the Countdown that were really good and then really struggle in the Countdown. Our goal is to keep our head down, keep focused on the prize at the end of the tunnel and just move forward every run. We talked about (Friday night) that there were many races that we came to that we would be happy to just qualify at over the years. After the first session (in Indy) we were fifth. We feel that every race that we go to that we have a car that can qualify on the pole.”