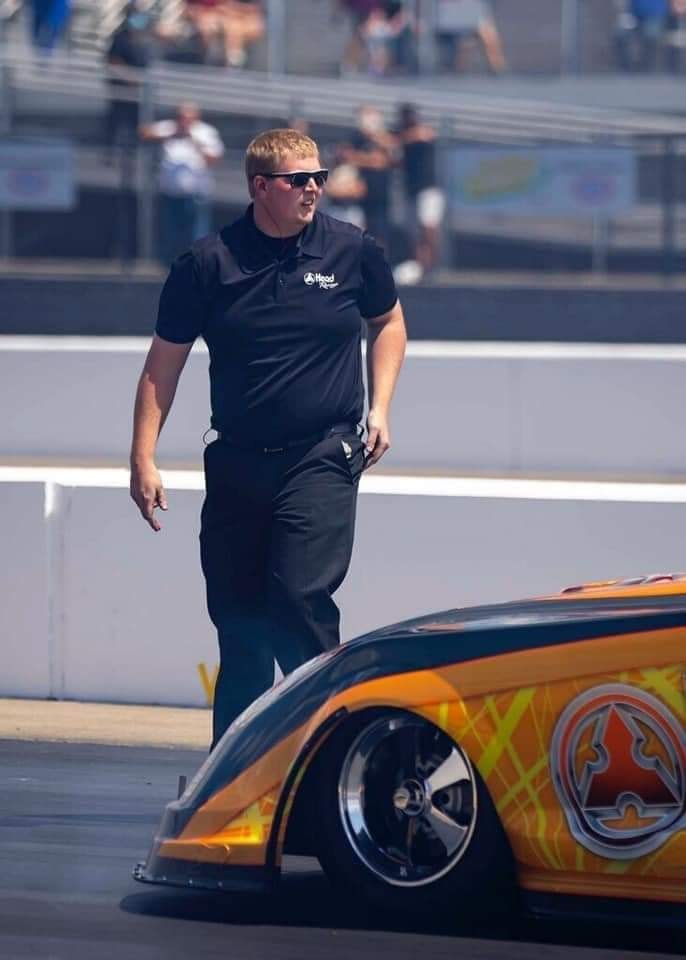 The drag racing community has lost one of its up and comers.

On Sunday morning, Dylan Cromwell, who works on the Jim Head Racing team, was killed in a highway accident near Plainfield, Ind..

Local news reports said the accident happened at 9:30 AM, EST, on I-70 in a stretch of highway located in Hendricks County. The rig was on its way to Las Vegas for this weekend's NHRA Nationals in Las Vegas.

While an official investigation has yet to be released, preliminary accounts suggest an eastbound semi lost control in a construction zone, then jackknifed before crashing into a concrete barrier wall. Then it ran head-on into the Head Inc., rig driven by Cromwell.

The drag racing community took to social media shortly after news began to make its way around.

"This one hurts," said Top Fuel racer Krista Baldwin said. "Thank you to Dylan Cromwell for all you have done for me and my family. You will truly be missed."

"I got to spend some time with his family a couple of years ago as they drove over two hours to come to see me at a sponsor appearance to say hi and to tell me that their son had achieved his dream of working on an NHRA Nitro Funny Car team," Ron Capps said. "I tracked Dylan down in Jim Head's pit area at the next race to tell him and show him the hat I got from his parents and I could instantly tell he was from that wonderful family I had met."

"A bright young light extinguished way too soon," added noted motorsports photographer Will Lester. "We'll all be thinking of you this coming weekend in Vegas."

We at CompetitionPlus.com join the drag racing community in mourning the loss of a great person.