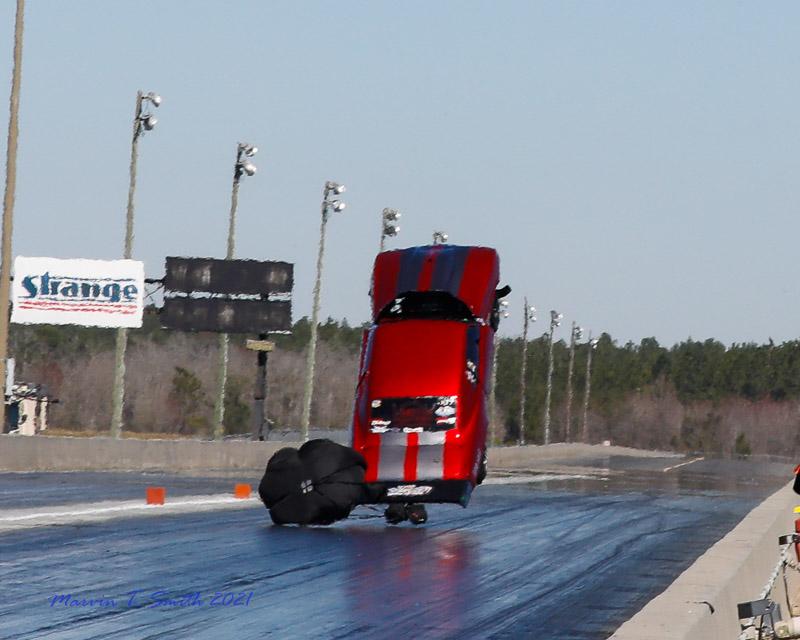 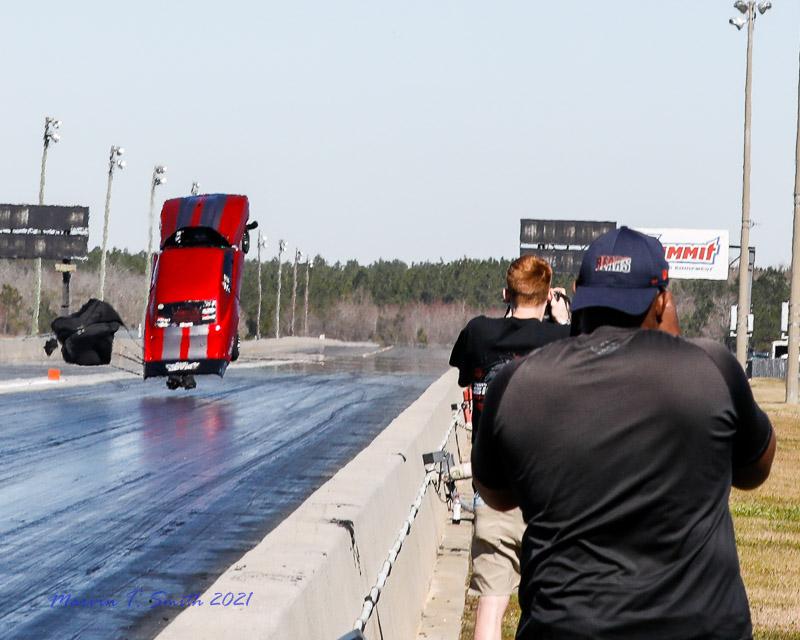 Slavens will never hope for his car to fly. Instead, he will hope it just runs fast.

Slavens, during a testing pass, was along for the ride as his 1969 Camaro went airborne. He emerged uninjured but couldn't say the same for his wounded race car.

"We made a good lick last night," Slavens said. "It was a personal best, went 3.81 last night. Come back out this morning and put just a little bit in it in the middle. We needed to get a little quicker on our 330 number. It got out there, it wheelied a little bit. Wheelie control caught it, set it down, caught it on the bounce, I guess. And when it fed the timing back to it, it came back up super aggressive. And the wind at this place seems to be an issue, got under it, and I was just along for the ride then."

What a ride it was. For Slavens, who is from Missouri, it was as if a tornado had picked his car up.

"Looking at the data, it looked like it was in the air about three seconds," Slavens said. "It felt like about 15 minutes worth of real-lifetime there because it just goes into slow motion, and you're just floating along literally. And I thought that the car went right when it got up in the air. 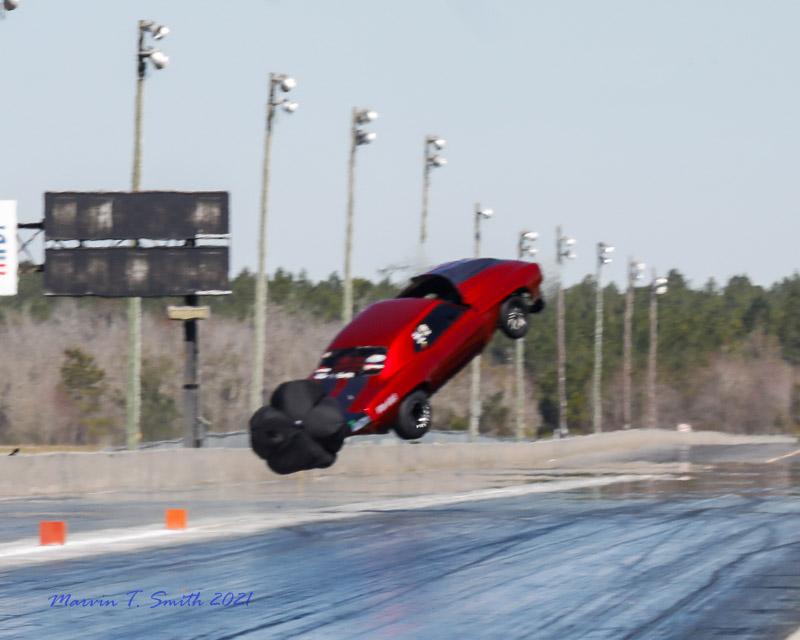 "So I thought it was going to come down on top of the wall. So I just braced myself and thought this is going to hurt. And I didn't realize that it went towards the centerline when it got in the air. So fortunate that [Brad] Medlock was paying attention and was able to get out of the throttle, and I didn't cause an issue getting into his lane there. But it was a blessing, in the long run, that it went to the center and not to the wall kind of thing."

Slavens knows there's so much that could have gone wrong, including a broken back.

"Knock on wood ... I may feel different in the morning when I get up, but right now, no aches or pains and no sore muscles or anything like that," Slavens said.

The team was thrashing on Wednesday afternoon to get the Camaro repaired.

"Lots of bent bars, but they're replaceable and/or straightenable where we can straighten them," Slavens said. "Broken wishbone, got a little work to do, but we've got some parts coming in the morning. We didn't find a reason to throw in the towel so we're going to give it our all." 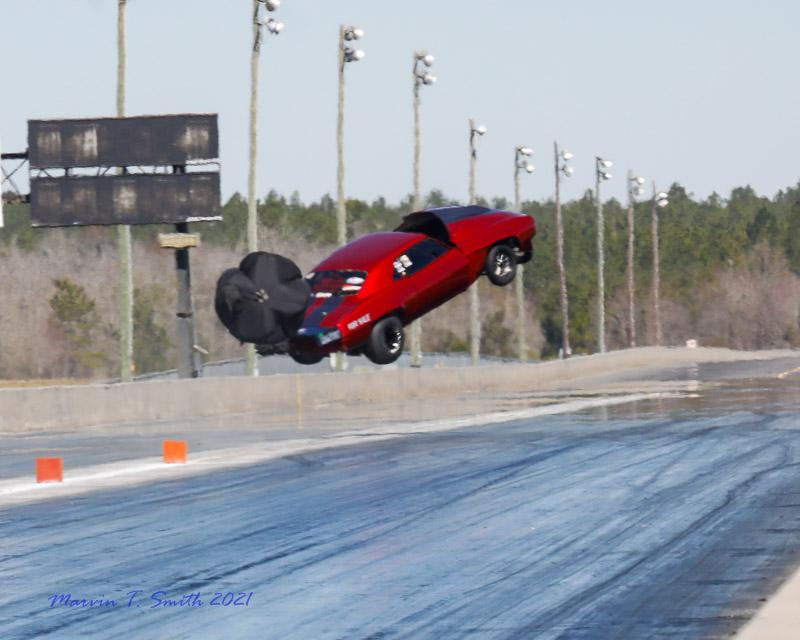 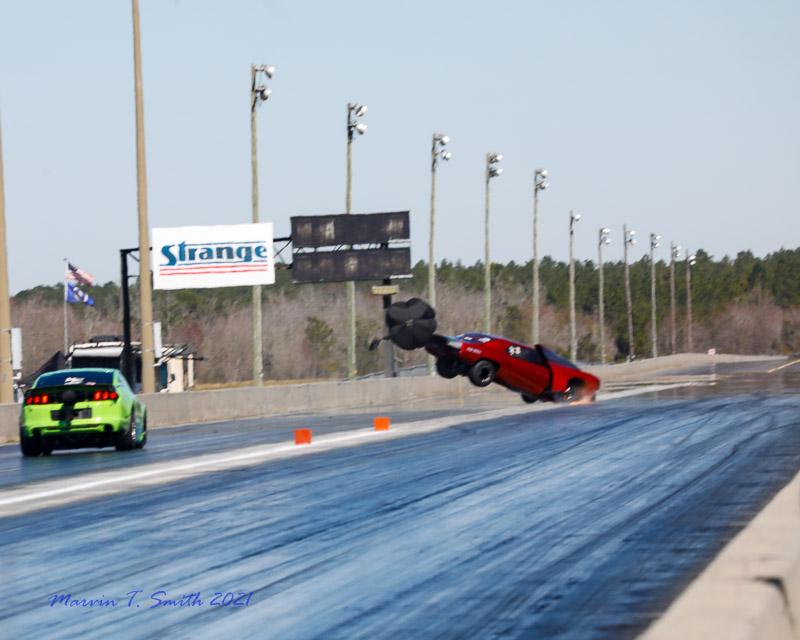 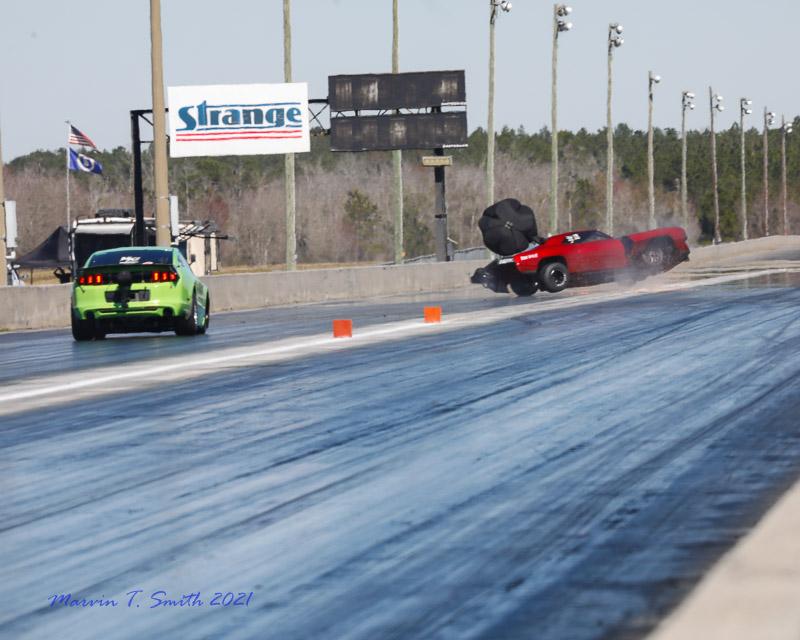