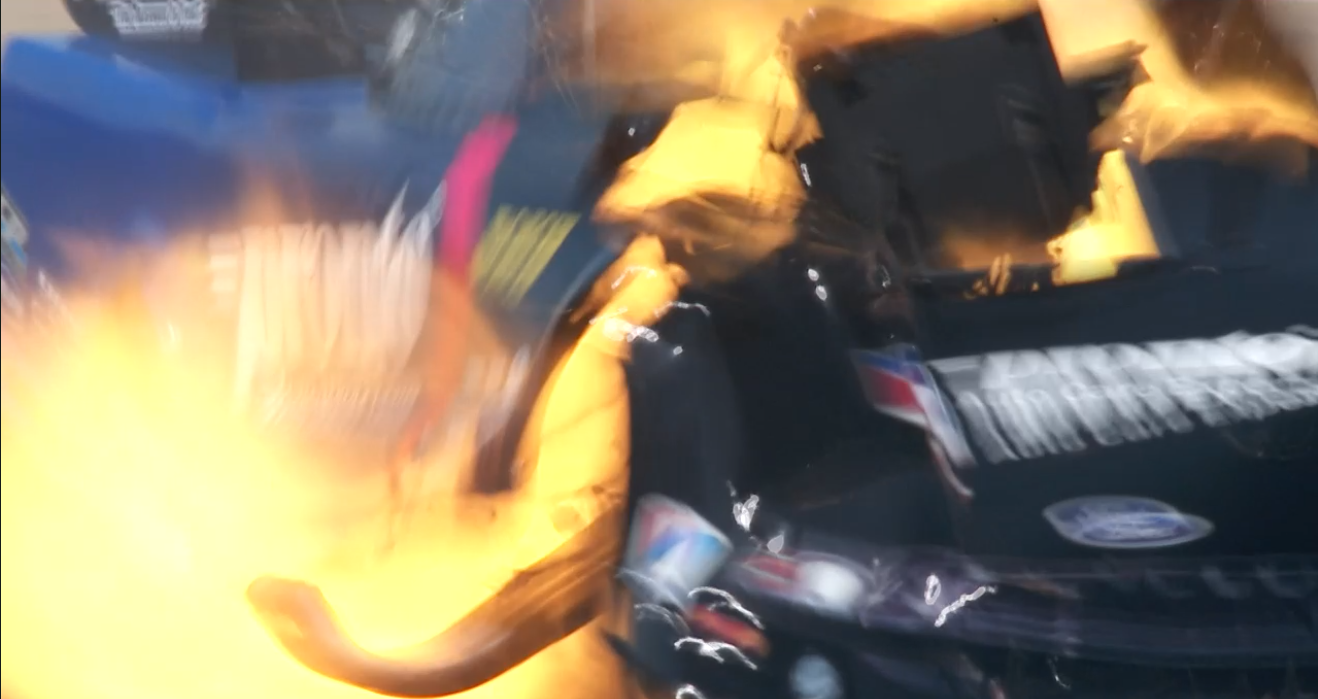 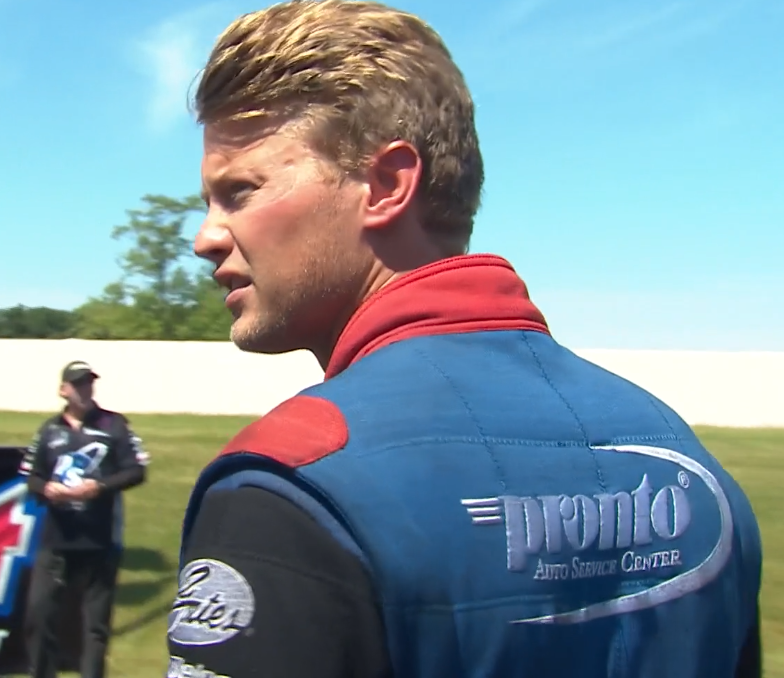 It can happen in the blink of an eye, and Sunday in Norwalk, Blake Alexander experienced his first catastrophic Funny Car engine explosion which shredded his Pronto-sponsored Mustang into pieces during the first round of the Summit NHRA Nationals. Alexander was checked out by medical staff onsite and cleared.

Despite the incident, Alexander was able to avoid Shawn Langdon, who scored the win,

"It had a couple of holes out obviously," Alexander said. "It's race day, and I didn't want to lift. I couldn't really see because you can't see out of these things all that well. It just blew up, and I have never really had something like that happen before.

"I've been on fire and had the firewall hit me before. That was a whole different experience."

Alexander, who runs a limited schedule, confirmed he has three spare bodies and two extra chassis. His next scheduled race is in Sonoma next month.

"I'm going to have to spend some money on injectors and blocks, to get back to where we need to be headed into Sonoma," Alexander. "We will probably sneak up on it. We had a really good car this weekend."

Alexander qualified No. 5 in Norwalk with a 3.92 best