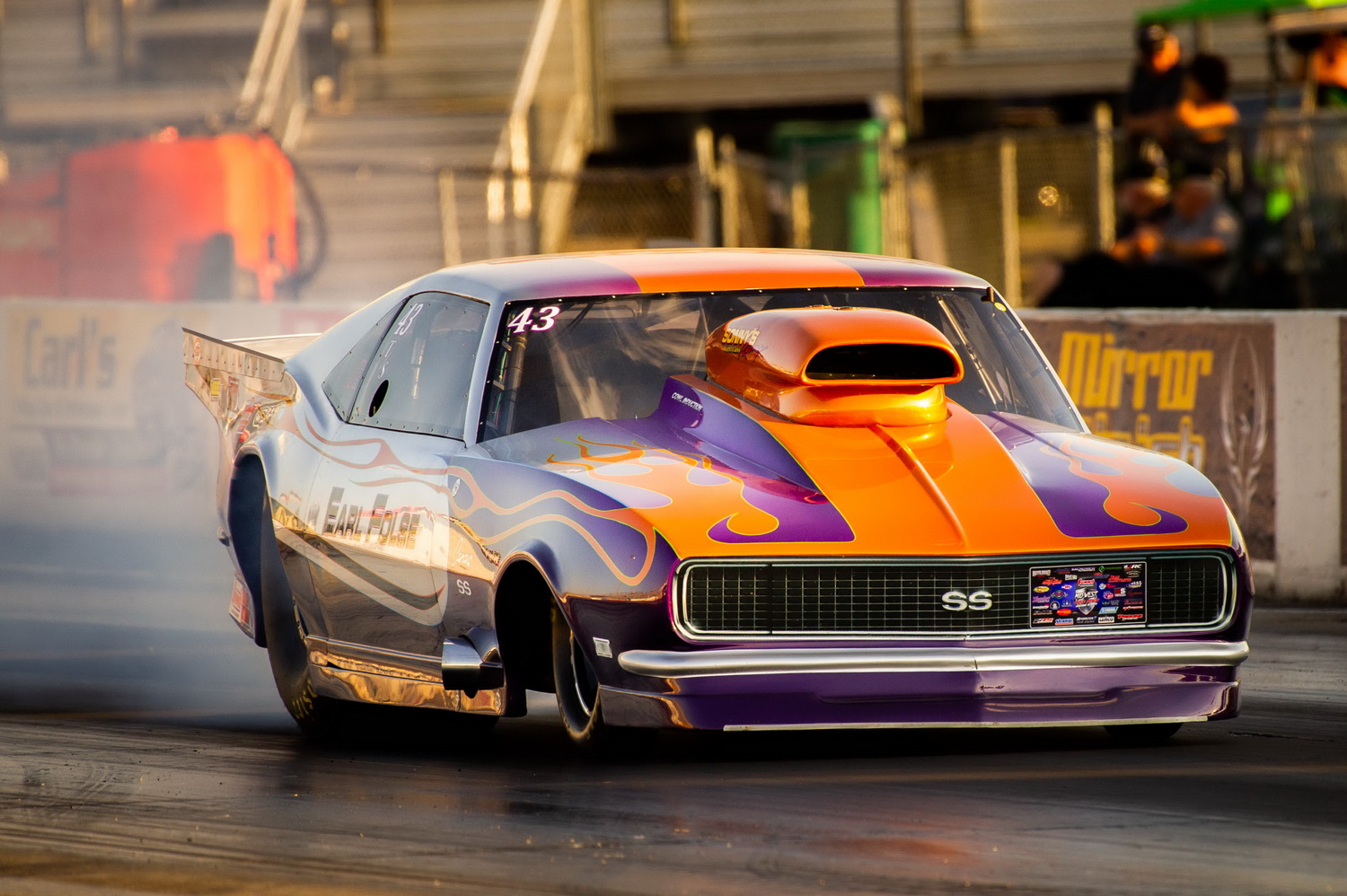 Wins in each of the opening pair of races for the 2019 Summit Racing Equipment Mid-West Pro Mod Series season led to a championship-winning season for Top Sportsman veteran Earl Folse.

In the season opener in March at the Texas Motorplex, Folse beat eventual points runner-up Bob Gulitti in the Race Star Wheels Top Sportsman final. Hailing from the aptly named Raceland, LA, he repeated the feat the next month in St. Louis, where last-round opponent Mark MacDonald broke out at the eighth-mile stripe.

"You always go out there hoping to get the win everywhere you go, but we really didn't expect to win two in a row," Folse admitted. "That really got the ball rolling.

"So it started out really, really good. Had a good car and things were looking good, but man, right in the middle I just had little bitty silly things bite me.  You know, a plug wire here, coil there, just small things that made it look like it wasn't going to happen, but then right at the end we got the car right and the driver right and everything just came together."

Folse leads a family run team including wife Nicole and son Josh, along with a friend, Robert Colwart, who offers general trackside support and frequently drives parts back-and-forth to Pilcher Automotive in Alabama for machine work.

"But Josh is my main man," Folse declared. "He makes it happen as far as keeping me straight, keeping the car straight. But this really is a team sport. I couldn't even think about doing this without all their help."

Driving his Tommy Mauney-built '68 Camaro outfitted with a 776 c.i. Sonny's Hemi breathing three stages of nitrous, Folse bowed out early at Tulsa, Ferris, TX, and in the second trip to St. Louis for the MWPMS series, but semi-final finishes at Memphis and in the series' second visit to Tulsa for the MWPMS World Finals added up to barely edging out Gulitti for championship honors.

"The last two races Bob needed to not do good and I needed to go rounds," Folse explained. "Basically, for Tulsa I had to go two rounds more than him. And the way it was playing out, if he won first round, he had a bye into the semis, which meant that if he didn't go out first round, I didn't have a chance.

"So I'm there sitting in line behind him and he did go out first round and then the pressure's on me. That was really the turning point where I know I have to go not one, but two rounds And, well, we pulled it together."

After seven events, Folse took this year's MWPMS Top Sportsman title by less than one round's worth of points, just seven markers over Gulitti. It represents his third major series title after previously winning divisional championships with both IHRA and NHRA.

"I just had my mind made up that I wanted to be the first Mid-West Series Top Sportsman champion and we just stuck with it, you know? And it started out real sweet, but to be honest we really felt like we had a shot at it even before we won the first one," Folse said.

"But then we had all those little things go wrong in the middle of the season and then I wasn't so sure," he continued. "So to actually get it done does feel really good."

The Summit Racing Equipment Mid-West Pro Mod Series will open its 2020 season Mar. 27-28, at the Texas Motorplex. Throughout an eight-race schedule it also will visit Bowling Green, KY; Tulsa (twice); St. Louis (twice), Ferris, TX; and for the first time Martin, MI, for a special double points race in September.

Long before he drove his way to a national event victory, or six world championships, or even a popular face in the Funny Car division, Scotty Cannon was a kid with a dream. Here's his story. #DragRacingNews #dragracing - https://t.co/H7lPfmP0v1 pic.twitter.com/6dQGJPoAZF