GLADSTONE TRYING TO MAKE IT THROUGH TOUGH 2021 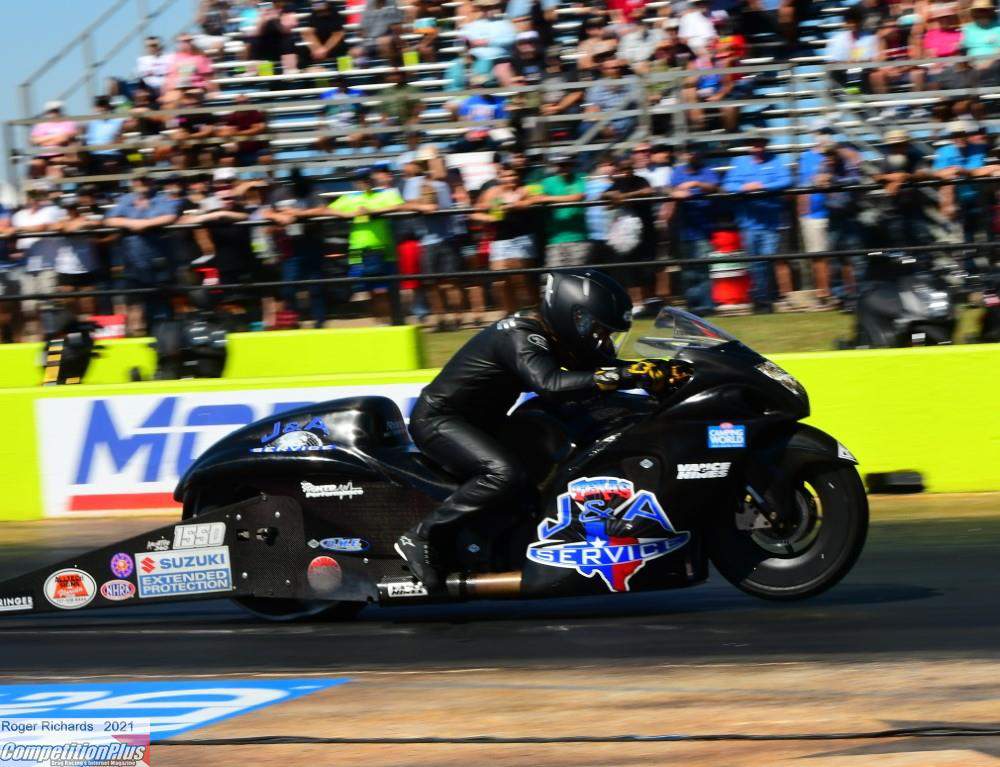 Pro Stock Motorcycle racer Joey Gladstone started the year in the hospital in Florence, S.C., with a long list of serious injuries from a testing accident at Darlington. Amazingly, he recovered enough to start the NHRA season in March at Gainesville, Fla. But then this fall at Charlotte, where he was focused on moving up in the Countdown, teammate Cory Reed’s bike crashed into him during their side-by-side match in Round 2. Reed, who also was a Countdown racer, is recuperating from a broken leg at home in Virginia. Gladstone was unhurt, and he finished the race at zMAX Dragway as runner-up to Angelle Sampey because his engine lost power when he was ahead downtrack.

Gladstone said Saturday that his situation “has gotten easier as time goes on. But when it happened, it definitely stung. I don't know what I did to deserve that kind of bad luck, but it's racing. I proved to myself that I can put myself in a position to do it again. So that's a plus on that.”

Encouraged that perhaps he’ll be encountering a streak of good luck soon.

“Maybe. This year doesn't seem that way,” he said. I'm banged up, my best friend’s at home banged up, but he's got to keep on keeping on.”

Gladstone said Reed “is doing well. He's a warrior. He’s itching to get back. He's had a couple surgeries. His leg is banged up pretty bad, but he’s got a good hospital right there in Richmond. It’s going to be a long road to recovery. But if anybody can do it, he can.”