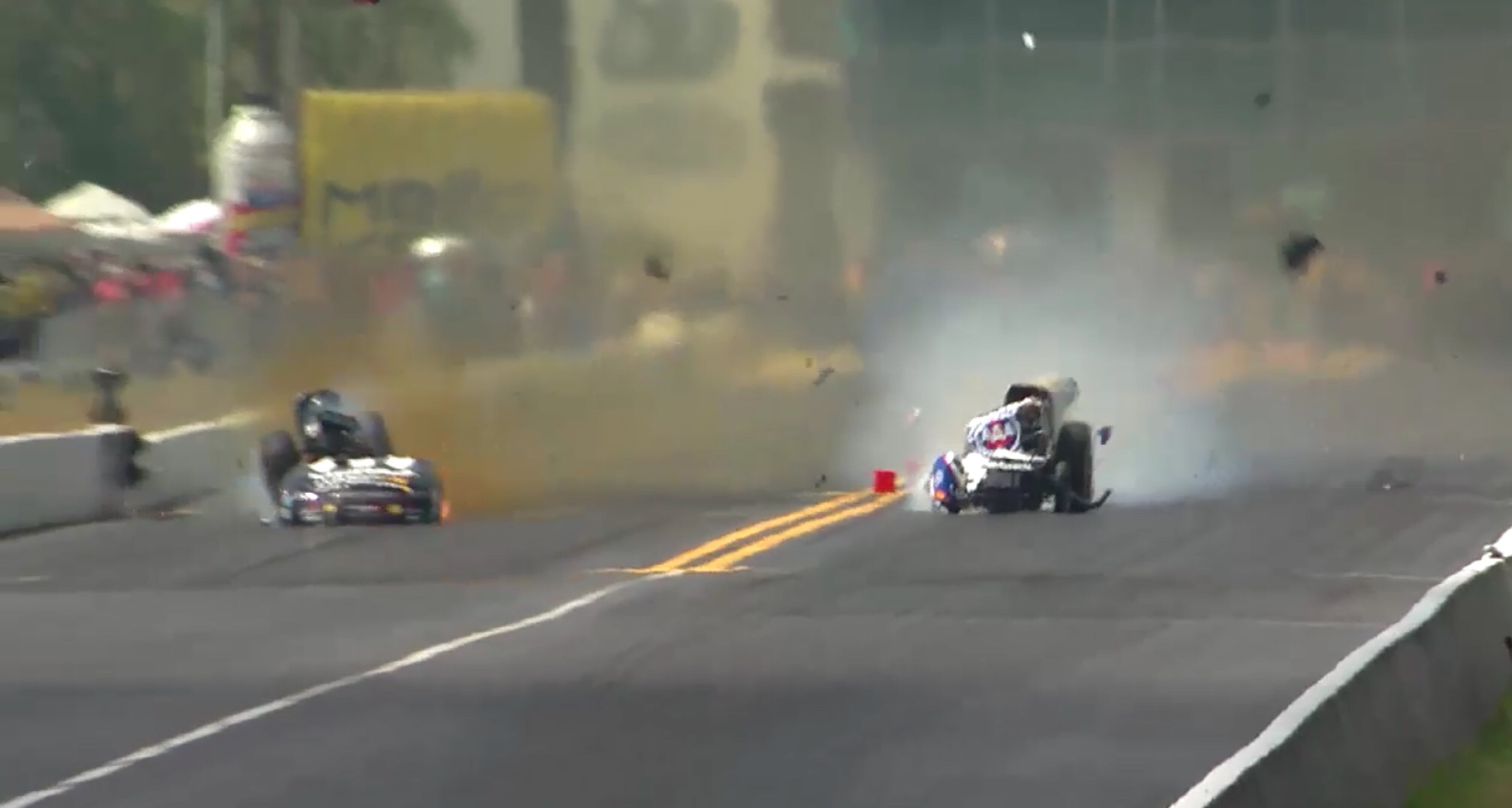 The only thing missing in the second round Funny Car race between Matt Hagan and Robert Hight at the NHRA Gatornationals was Hollywood actor Dean Winters recording one of his famous AllState moments of mayhem commercials.

Hagan limped through for the win while Hight crossed the centerline, drawing not only a disqualification from crossing the centerline but also a point penalty.

Both cars came safely to a stop in the shutdown area resembling fuel altereds than fuel coupes. Their scenarios were worlds apart. One driver is chasing a gremlin while the other was chasing a victory at all costs.

“I felt the car nose over just a taste and my initial thought was it was starting to slip a little. The track is hot and it is a little greasy out there,” explained Hight. “I couldn’t see Hagan over there and it wasn’t like it was hazing the tires or anything else. As it turns out the tires weren’t spinning at all.”

Hight and crew chief Jimmy Prock, quickly surmised his car was wounded as it neared the finish line and an internal chain reaction led to a dramatic explosion as Hight was pulling away.

“It kicked two rods out when it blackened the bearings in the crank and then it hit the valves which blew it up. The car gave me no indication at all before it exploded,” conclude Hight Hight’s did his best to keep the car away from Hagan's wounded machine as it came to a fiery stop.

“What really scared me was once I got it under control and I looked over and saw his body was off his car," Hight recalled. "I am thinking, ‘Oh man, he got gathered up in me." 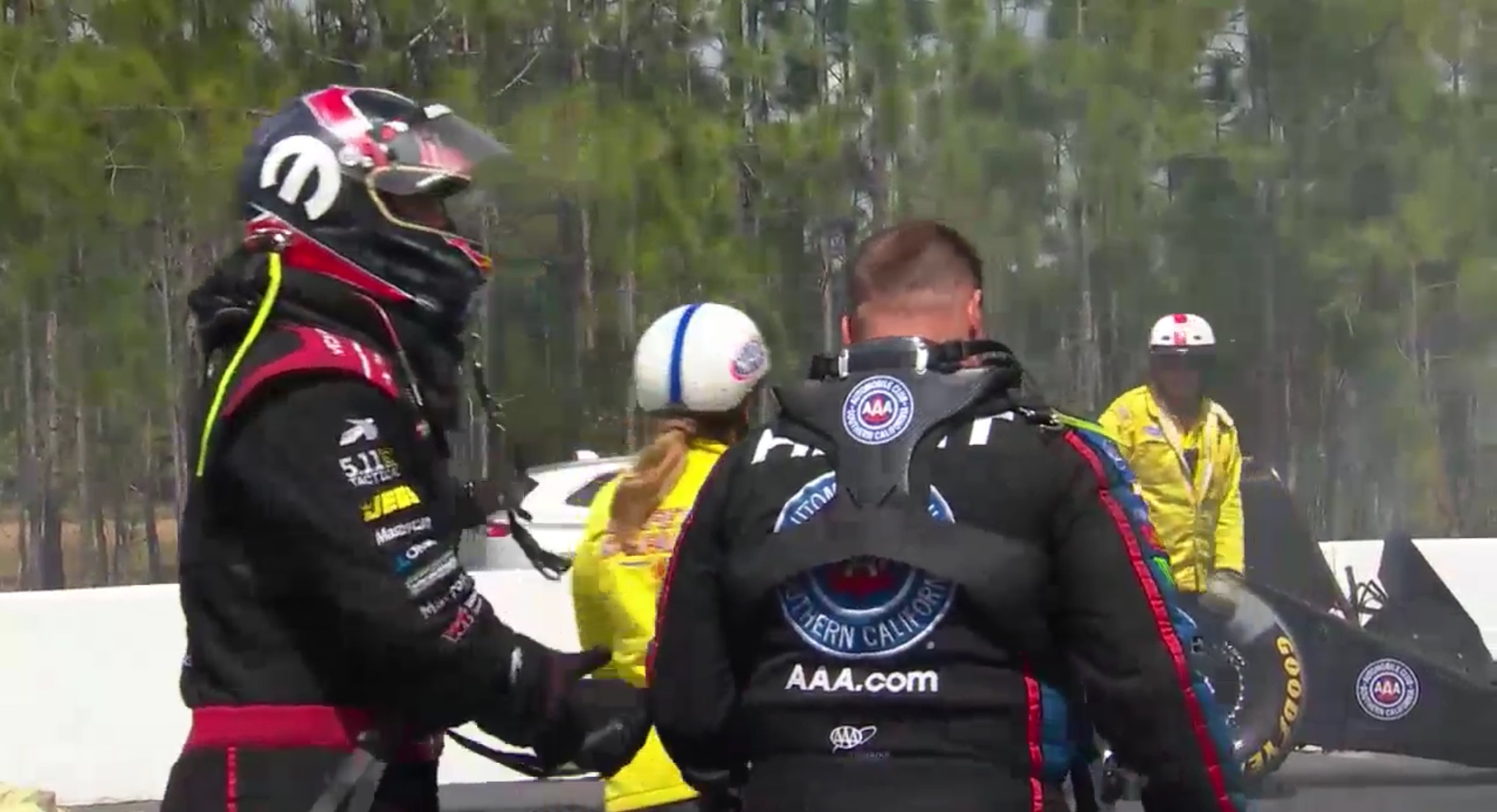 "Then I stood up and looked and his injector was sideways. I realized he had an explosion as well. We are just lucky we didn’t get into each other. I didn’t know who won. I was hoping we got the win light and we could come back and get another car together and try and win this race.

For Hagan, he quickly diagnosed his car's issue just shy of the finish line.

"The car was smoking the tires and I had about a hundred feet or so, and because I didn't see Robert I was legging it out," Hagan admitted. "It was race day. I figured it was going to blow up, just didn't know how bad. I was biting my mouthpiece and bracing for it. But there again, I saw the finish line.

"If it had been qualifying, I would have certainly got out of it and coasted. It smoked the tires for about a half-second before it blew up. I had enough of a feeling that I knew it was going to get ugly. I was just happy I kept it in my lane and off of Robert."

Hagan believes his engine had four cylinders out when the engine let go.

"When you have four holes out, it ain't gonna live very long. I told Don I was sorry, and that it cost him some cash but it turned the light on, and at the end of the day that's what matters."