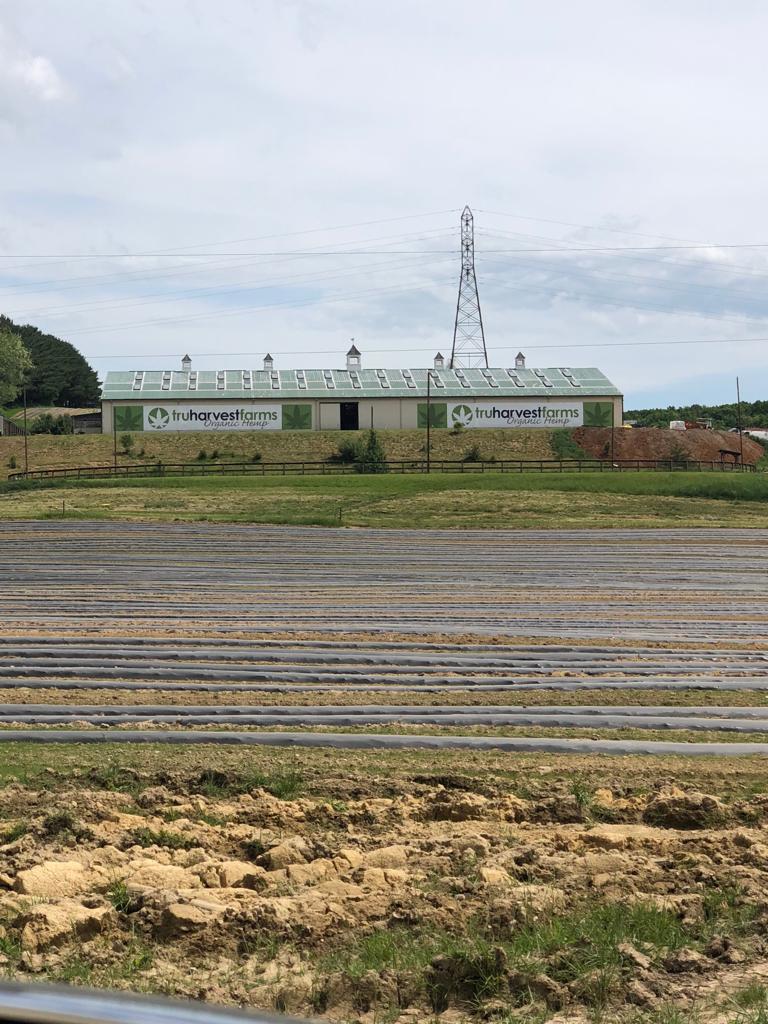 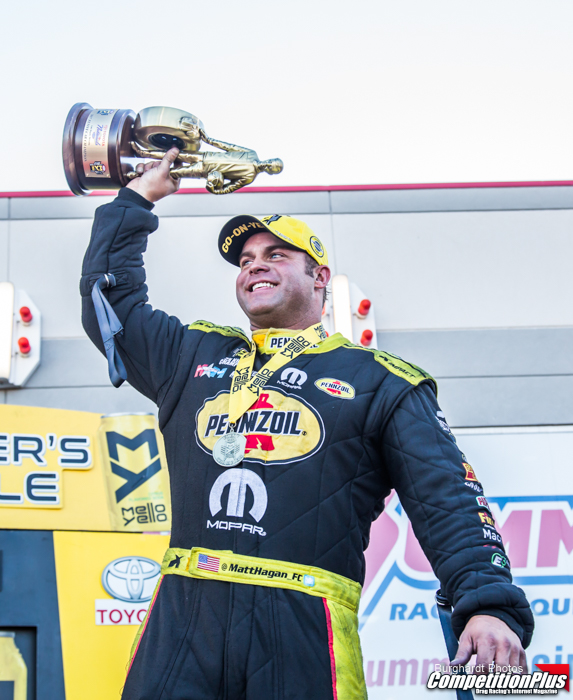 Matt Hagan is in the cannabis business.

And he isn’t afraid to talk about it.

In fact, Hagan has plans to be one of the largest producers of cannabis in the state of Virginia, with nearly 200,000 plants on a farm totaling 100 acres for starters.

But this cannabis business is not exactly what you might be thinking. This is not the same plant used in the creation of psychoactive drugs - well, not exactly. Hagan is entering into the lucrative world of hemp production thanks to a brand new law passed in the state back in March.

“We are doing a 100-acre grow. It is very labor intensive,” Hagan explained of his new operation. “I didn’t realize how labor intensive it would be. We are planting almost 180,000 plants by hand. That’s a lot of labor involved. I will say that I have gotten a great tan from it. At least there’s an early positive to it.”

To the uninitiated, hemp is one of the oldest domesticated crops on the planet. It has been used in the production of paper, textiles, and cordage for thousands of years. And there are many different varieties of the cannabis plant. Hemp, also called industrial hemp, refers to the non-psychoactive varieties of Cannabis sativa.

“We will be the largest grower,” Hagan said. “There’s not enough equipment out here for other farmers to scale. Most (other farmers) are doing this on 15 to 20 acres where they have to come out here and hand chop the plants with a machete. They have to drag it into a barn and hang it up. You’re talking about a plant that is six-feet tall and about four feet in circumference. There are roughly 1,500 to 1,800 plants per acre. It is a massive undertaking.”

Both hemp and marijuana come from the same cannabis species, but are genetically distinct.

In fact, Hagan says, it is those similarities that create a lot of questions and breeds misinformation about his new venture.

“There’s still a bit of stigma with it because it looks like marijuana, smells like it. To be compliant with Virginia, we have to be at .3 percent THC. To put that in perspective, marijuana is somewhere between 15 and 30 percent,” Hagan said. “There’s definitely two different genetics going on. What is really cool about hemp, and I am doing it for the money, is it is going to help people.

“At the end of the day, you can still get warm and fuzzy from it.”

While laws vary from state to state in regards to the growth and cultivation of hemp, the state of Virginia enacted the Virginia Industrial Hemp Law in March. The new law eliminates the requirements that hemp must be grown for research purposes and permits the commercial production of industrial hemp, opening this unique opportunity to Hagan who had been wanting to get into the business for the past three years.

“After the farm bill got passed and Virginia decided hemp was no longer on the scheduled drug list, it was believed the crop would help rejuvenate the state’s farmers,” Hagan said. “It was such a gray area. We originally planned to partner with a university. We were going to do it as a research project. Once the farm bill passed, I knew it was what I wanted to do.

“I offered it to my old man as an investment and told him, ‘you can either invest, or I will find someone who will.’ There wasn’t a whole lot of time to prepare for it.”

Once the bill passed, it didn’t take long for Hagan to start turning over ground. 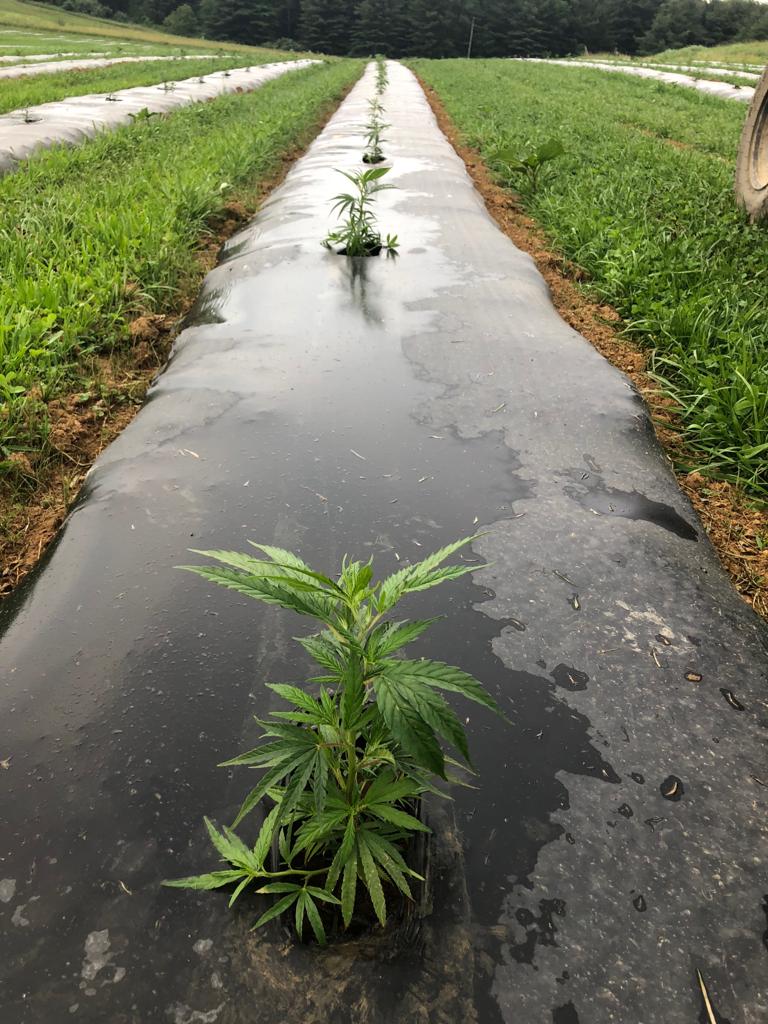 “I had a five bottom plow out there trying to get everything worked up. We were doing everything on raised plastic beds, drip irrigation. We dug three wells, created three irrigation ponds,” Hagan said.

“We basically converted a cattle farm and a horse farm to grow this hemp,” Hagan said. “To pull this off in less than three months has been a miracle.”

Currently, Hagan’s farm has 20 people specifically assigned to the hemp growing team, including a collection of unique crop growers that specialize in this area.

“I knew my limitations to grow crops, having only grown some corn, alfalfa, and other simple things. I knew I needed some help to grow hemp,” Hagan said. “Right now I am just trying to surround myself with the best people I possibly can. I tell people to be cautious. I thought I was just going to throw some seeds out there and get rich, but the capital investment is huge. Plus there is a lot of misinformation out there.

“I’ve already had one advisor I’ve had to fire. What works in Colorado doesn’t always translate to out here.”

To date, Hagan has made a huge investment in the venture, including new, state-of-the-art equipment and facilities designed to maximize efficiency and help him grow the business quickly.

“We are set up to harvest in a mechanical way. That’s why I am in the process of setting up a 30,000-square foot greenhouse, which will allow us to scale up to 500 acres next year,” Hagan said. “This will allow us to farm up to 800,000 seeds. We are the first farm to do it to this scale. Needless to say, I am learning something new every day.”

In addition to the many uses of the hemp plant, one of the main byproducts of hemp farming is the production of Cannabidiol (CBD) oil that has become one of the hot new products in the industry. The non-intoxicating plant extract can be found in a number of products and is being credited with efficiently treating a host of medical problems, from anxiety to inflammation to sleeplessness.

While commercial hemp production can still be considered a new frontier in the United States, with ever-changing laws and regulations across the industry, Hagan believes that striking now while the iron is hot will result in big things for his business and, maybe one day, the sport of drag racing.

“I think there’s a three-to-five year window where it will be super lucrative. After that, it will be just a good business,” Hagan said. “With a product like CBD, it is not hard to find CBD in our society these days. One day you might see it in energy drinks and some foods. Who knows, maybe one day it will become a viable sponsorship product for the NHRA.”

For now, the biggest challenge in the industry, aside from learning the ins-and-outs of the growth and harvesting of the plant, is the stigma surrounding this once taboo industry. But Hagan is not shying away from greeting that stigma head on with this new and exciting business.

“It is like denying farmers the opportunity to grow grapes because wine can be made from it,” Hagan said. “We will overcome the stigma and turn this into something special.”