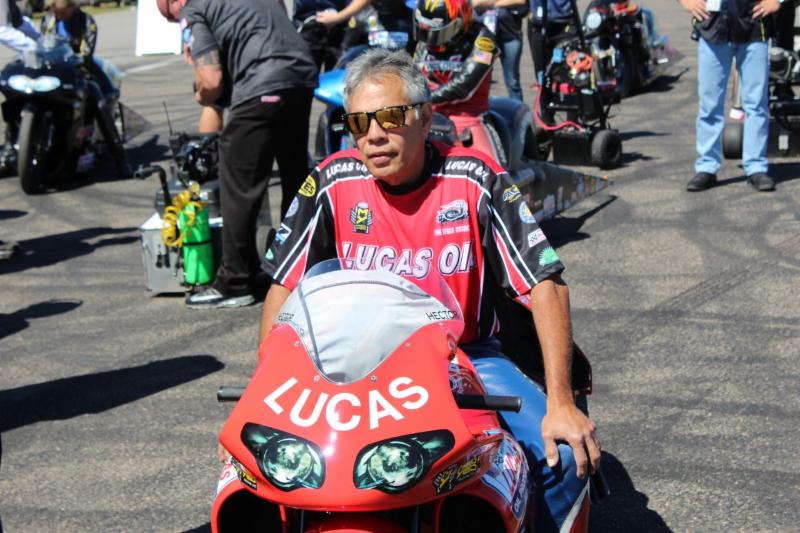 He has competed in 326 NHRA national events and has seven wins and 16 runner-up finishes and one world championship.

With one caveat – it was going to be Arana Sr.’s final race driving.

That didn’t happen, however, because the event was postponed.

It’s been quite the career journey for Arana Sr. thinking back on his career.

“I was going to race on a street bike and that’s what I love to do,” the elder Arana said.

“From there I always love the speed, so it let me to keep building and get in different types to where I’m racing now across like motorcycle.”
Arana began his racing career at Miami-Hollywood Speedway in Florida.

“That was my first racetrack ever,” Arana Sr. said. “A friend of mine, a co-worker took me there on a Thursday and that was it.”
When Arana first started racing it was in the bracket ranks. 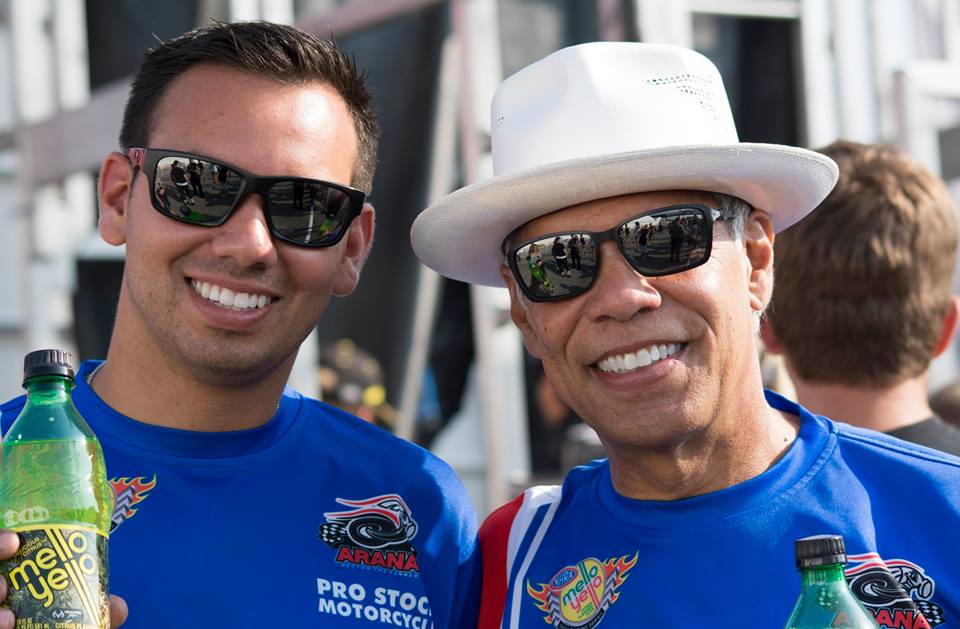 “I took my motorcycle and I took this thing to go fast,” Arana Sr. said. “It would run 12 seconds and it would go down to 11 seconds and as I got better the time would go down and then I’d see those guys with the drag bike and the wheelie bars and the starter, aw man that looked….and here’s what I’m doing now this is what I’m doing now and it’s so awesome. To see my passion as a kid that I loved racing to come to this level.”
Arana Sr. believed working his way up the motorcycle drag racing food chain was important. He competed in bracket racing until 1989 before suffering injuries in a wreck at Miami-Hollywood Speedway.

“Back in 1989, I had a bad accident then the next month (in March) my wife gave birth to (Hector Jr.) and so I took a year off and then I went back and got back on the motorcycle,” the elder Arana said. “I pretty much almost destroyed the whole left side of me (in the accident).

“The motorcycle went in a high-speed wobble. I tried everything that I could to hang onto the steering wheel. I even hit the rear brakes and then hit the throttle to see if I could get the weight off the front end, but it never happened.”

The damage to Arana Sr.’s body in the wreck had to be fixed by surgery.

“I had a torn shoulder, elbow, ankle on the left side, a torn ligament on the right leg, so I am blessed to be here alive,” he said. 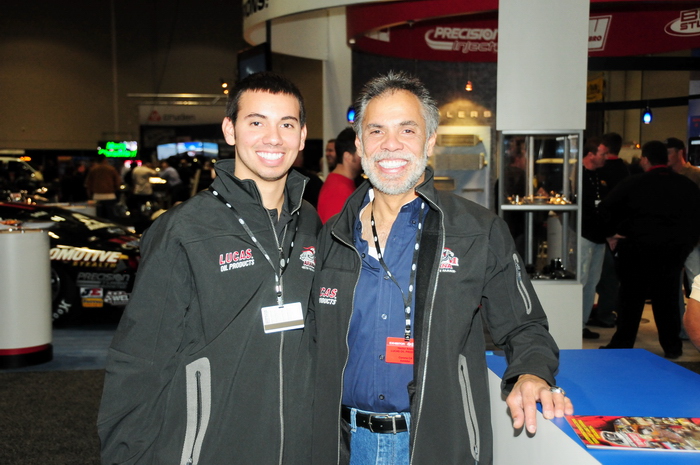 “The funny thing was, I’m lying in bed and my wife asked the doctor ‘Do you think he’s done racing?’ He looked at her and looked and me and he said, ‘Can’t you see he’s talking about horsepower and highlighting the dyno run, so no,’ as time goes by and the pain goes away, he’ll be back on it, and it took a little while, but it happened.”

Arana Jr. is coming off a first-round loss to Cory Reed at the U.S. Nationals Sept. 6 in Indianapolis. Arana Jr. is seventh in the points standings with a 3-3 elimination round record.

“We just need to try and keep getting better,” Arana Sr. said.