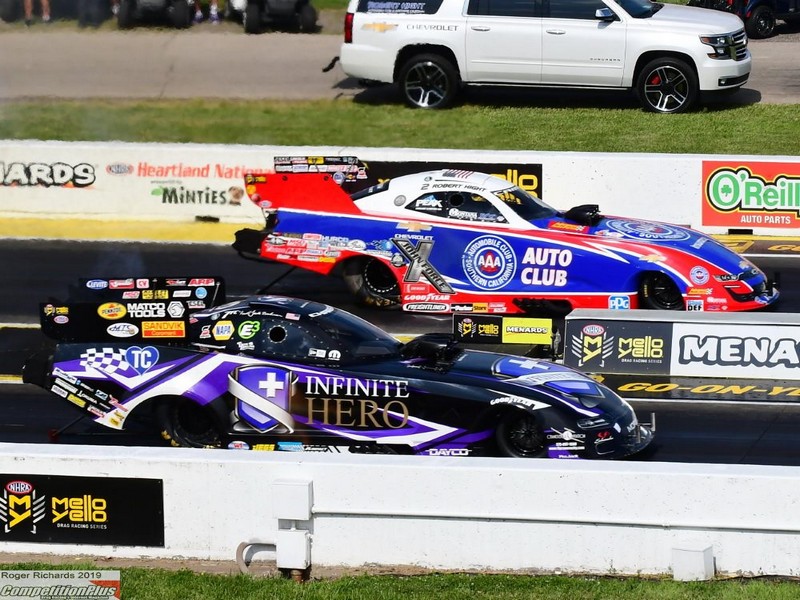 Just two short decades ago during the summer of 1995, a young man by the name of Robert Hight traveled to what is now known as Heartland Motorsports Park in Topeka, Kansas and went to work as a clutch specialist for John Force Racing. 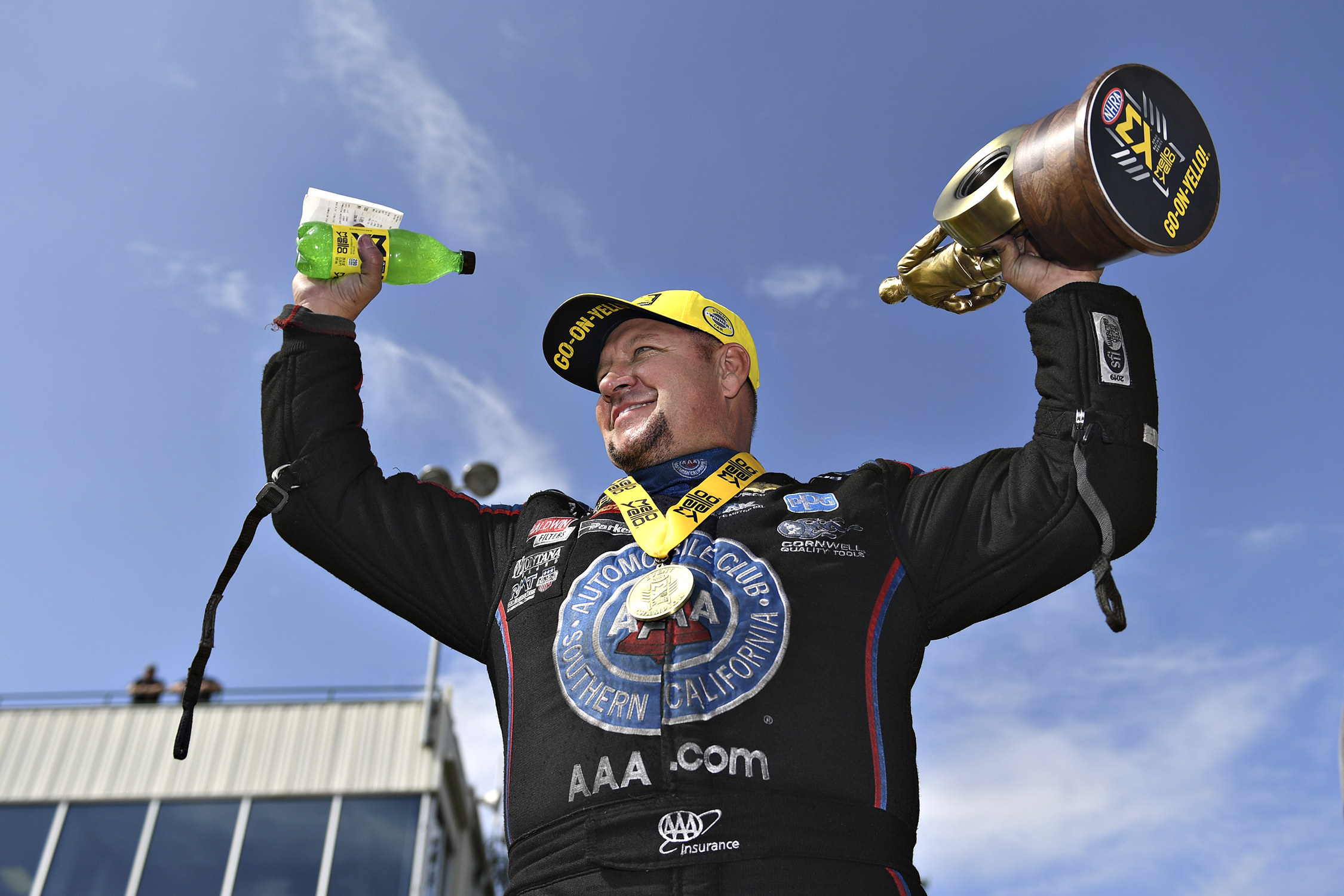 In 2005, Hight returned to Topeka to earn his license in the Funny Car class.

Today, 25 seasons and two Funny Car world championships after getting his first shot in the business, Hight tied the legendary Don “The Snake” Prudhomme on the all-time NHRA win list with his 49th career victory at the 31st annual Menards NHRA Heartland Nationals presented by Minties.

“It was 25 season ago that I came in here and went to work doing the clutch. I got my Funny Car license here and have a lot of fond memories here. Now, getting to win this race a few times is pretty cool,” Hight said. “I can’t even believe I am in the same sentence as Don Prudhomme. That is a really big deal. 49 wins, that is crazy. And what is really crazy is I am only 100 (wins) back from John (Force). But I am coming.”

Hight collected career win No. 49 Sunday against Jack Beckman. Both Hight and Beckman found themselves qualified in the bottom half of the field and had to overcome a treacherous field on race day, but saved enough for a great drag race in the final.

Beckman got away cleanly with a sizable starting line advantage, but Hight managed to chase him down by the 200-foot mark and never trailed again in taking his fourth win of 2019. Hight saved his best work for the final, running low elapsed time of the entire event with a 3.896-second pass at 330.88 mph in the Auto Club Chevrolet Camaro SS Funny Car.

“This is the second time this year that we have been in the bottom half of the field. We just had bad luck,” Hight said. “We didn’t miss it or do anything wrong, we just, every run, had bad luck. We would have something break or something fall off and then, finally, we get it together in Q4. We were low E.T. of that session and from that point forward we were low E.T. every round on race day.

“Once you get going with this Auto Club Chevy team, Jimmy Prock, Chris Cunningham, you just start rolling. Everybody knows their job and you work together so well it is just a lot of fun.”

But Hight’s day was far from easy.

Qualifying ninth, Hight faced a tough matchup in every round on Sunday, eliminating Shawn Langdon, J.R. Todd and Tommy Johnson Jr. to reach his sixth final round of the year.

And it was an eventful day to say the least. In the first two rounds, both Langdon and Todd ran into issues with Langdon popping the motor and Todd smoking the tires, giving Hight clean wins. Then, in the semifinal against the most recent race winner, both Hight and Johnson were early on the tree, but Hight was a touch better in taking the round win.

“I think there was a little bit of luck involved today,” Hight said. “When you go through the ladder like we did, you need it. We raced (Shawn) Langdon, he is great on the tree and has a great car and they run in the 80s, which we knew we had to run to beat him. J.R. Todd, he is the champ for a reason. Then we go up against Tommy Johnson, who won last week, and Jack Beckman, a former champion. It doesn’t get any harder than that.

“This one here was well earned. After some of those earlier runs, for the final round, you know you have to go up there and perform. I spent most of the time between rounds working on my tree, getting that out of my head.”

Beckman, who was just behind Hight in 10th on the ladder, had wins over Matt Hagan, Tim Wilkerson and John Force to reach his second final of the year.

With the win, Hight extends his lead in the Funny Car championship. He has also now been to the final round in six of 10 races as the Auto Club team at John Force Racing has proven the class of the field so far in 2019.

“When your car is running like mine it is pretty impressive. It is not Steve Torrence impressive, but it is still great nonetheless,” Hight said of Top Fuel’s Torrence, who won his fifth race in a row on Sunday. “Funny Car is pretty tough. We have a lot of confidence right now no matter where we are at. People think this car only runs good when the conditions are good, but I think we showed last night when it was hot and then today once it got hot. Running a 3.89 on a 122-degree track is pretty impressive.

“That all lies with Jimmy (Prock). Jimmy is a winner. This is what he does. That is what he lives for. Sometimes I feel sorry for him because that is all he does is stare at that computer and think about ways to make this Auto Club Chevy faster.”

Hight will look to continue his strong season when the NHRA Mello Yello Drag Racing Series visits Bristol Dragway later this week for the third of four races in a row at the NHRA Thunder Valley Nationals.