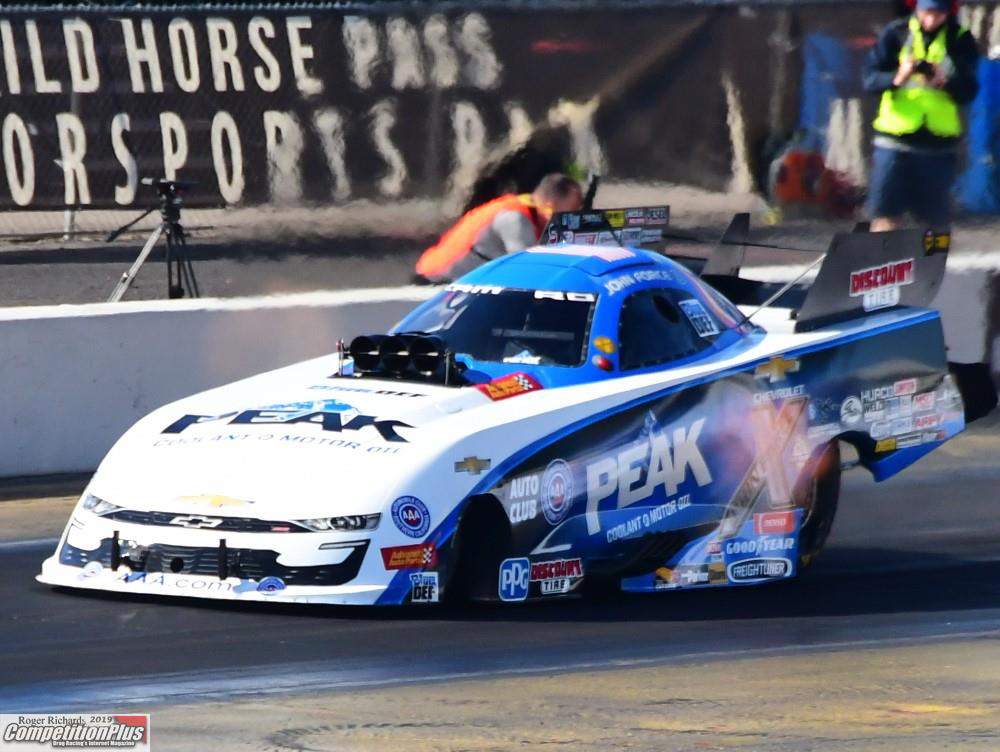 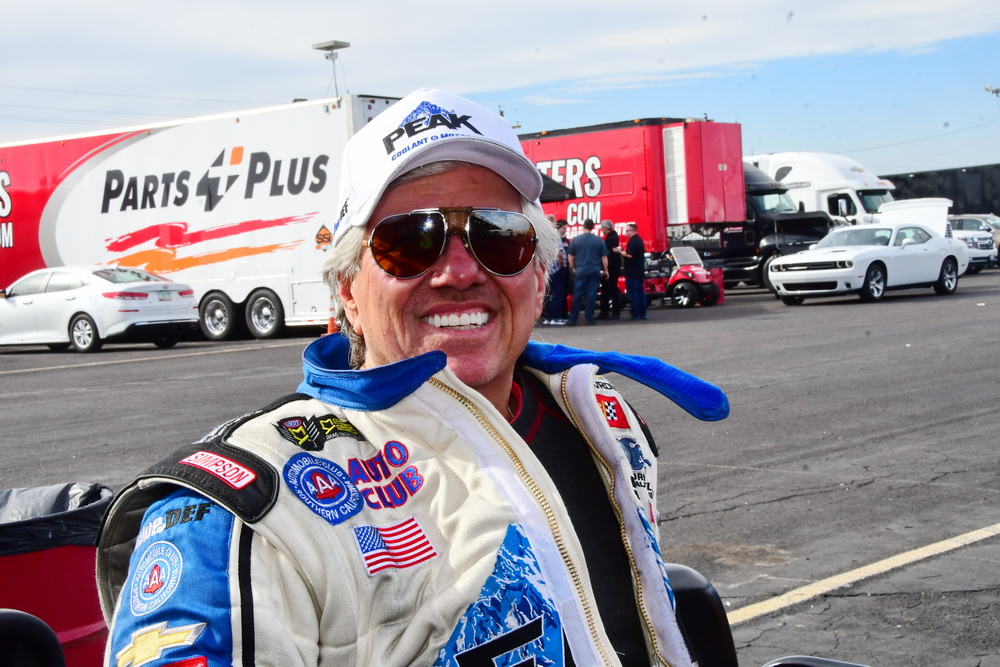 John Force has never been so happy to see an offseason draw to a close, but not for the reason one might think. It was supposed to be a time for rest for Force, whose team destroyed four cars during a mechanically plagued 2018.

"The season was pretty rough, but the offseason was worse," Force admitted, shaking his head in bewilderment. "But that’s all part of doing business. I’m really fortunate to have Robert Hight as company president. He runs so much of the race car side."

To know Force is to know he simply doesn't know how to be hands-off, however.

The offseason was a whole different kind of monster for Force, 69, as he had to deal with the departure of major sponsor Monster Energy, an unseamless transition with David Grubnic leaving the Stringer Motorsports team, what to do with Alan Johnson, and of course the biggest dilemma of them all - daughter Courtney's decision to step away from driving.

"I’m still talking to Monster," Force said. "I love them. Don’t know where it’s going to go, just they’ve got big involvement in NASCAR. But they love Brittany, she’s their female champion and they like her. So we’re working on a deal."

Monster signed up for a part-time schedule and with a clouded future for Courtney, Force began testing the waters for the sponsor to transfer from Courtney's Funny Car to Brittany's dragster.

"We had to go to work and make some changes but Advance Auto Parts worked real good with us, the Genesco Agency, of course, Matt from Advance, we looked at this," Force explained. "We had a plan back in the middle of the year, that’s why you kept seeing Brittany in a Carquest car or an Advance Auto Parts car because Monster had only bought so many races."

Then the rumors began circulating late last season that  David Grubnic would join the team, which immediately put in question the future of Alan Johnson Racing and John Force.

Force decided to go a different route in tuning the Top Fuel dragster simply out of the desire to be in charge of the parts he runs. He wanted to run his own manufactured parts.

"I want to clarify, a lot of people ask me why I left Alan Johnson. Love Alan Johnson, love the family," Force said. "Alan’s one of the best tuners in the history of this sport. Won my daughter Brittany and that Monster Energy team a championship. But I make all my own parts. And he makes parts too, you know what I mean? Probably better than mine. But in the end, it only made sense to have all these machine shops.

"Him and I talked about it for years. If I did not have a machine shop building my own blocks and heads and clutches, blowers, I would go back to Alan Johnson, you know? But I had an opportunity here with Grubnic, had talked to me clear back at Indy. Of course he was talking to all the teams, seeing what was out there. But I don’t make decisions, whether people want to believe it or not, until I give a guy an idea I might be interested, but I want to race out the season."

Then with two races left in the 2018 season, the rumblings about Courtney's future began to surface.

"You know, I even asked her, ‘Well, are you pregnant?’ and oh boy, that got really heated," Force recalled. "She responded, 'First of all, if I were I wouldn’t tell you, you’d go on TV and tell everybody."

"She wanted to make that clear. Her and Graham have a plan and I ain’t allowed to talk about it. It ain’t none of my business. So I focused on getting my weight down, you know to get back in fighting mode here."

Through it all, Force showed up in Phoenix a little worse for wear but all too willing to jump in the fight regardless of the role.

"I’m a survivor, you know what I’m saying?" Force asked. "I mentioned we were short some truck drivers [to Robert]. I said, ‘I’ll go to Indy and bring that other truck’ and Robert goes, ‘If the sun was shining, we wouldn’t let you in that 18 wheeler.’ He goes, ‘I’ll go before you."

"Hell yeah, I still got my license, I love it," Force said emphatically. "Me and Kevin McCarthy, Duke, we used to truck. The only bad thing if you ran off the road or something, you had potato chips. He always kept two bags open on the dashboard. You would have potato chips everywhere. Those were the good ole’ days. So I just want to wish the kids that left, wherever they go, just to do well and I love them. And they know it."

With the off-season Force has had, he once considered changing the name of his team.

"Boy, I was going to take my name off the building and put Team Exodus on the side of it," Force admitted. "I mean, they were going out them doors so fast. But I’m truthful about stuff."

Force said he's truthful to a fault, but positive to an even greater fault.

I always said I’m not a liar, I’m a bull jiver," Force said with a smile. "I always tell the truth. But Robert said, ‘Boy, you paint a picture."

In the meantime, Force has a fourth team sitting on ice, no pun intended, waiting for the right amount of sponsorship to go racing. Force has Austin Prock as his contingency driver for a contingency team, contingent on funding to hit the track.

"My truck’s sitting in Indy idling. Don’t shut it off," Force said. "Don’t shut it off ’til I call you and tell you to go. Duke’s got the potato chips lined up on the dashboard. We’ve got a lot of work cut out. We built two dragsters, two Funny Cars. We’re still trying to sign a deal for that car and we’ve got five deals going. Like I told him, I ain’t afraid to put money in this thing, too. My rental companies will be on the side of the car. If they’re going to invest in this, then I want them to get some advertising to help that business in California, Nevada, and up in Indy."

Force is still trying to get a grip on all he has going on, including plans to get more involved in social media, a thought which should scare his public relations team to death. Right now, the toughest challenge might be staying up to date on who's on his payroll.

"Another guy in the shop said, ‘I hate to do this to you. I love you but I’ve got to leave,’ and he walked out the door. Three hours later in the shop, he’s working on a car. I said, ‘I thought you quit.’ He goes, ‘No, they took me off your team, and they put me on another team right here in the shop."

Force said that was the moment he went in his office and jumped on the computer.

" I know the media went crazy and everybody was calling," Force recalled. "Hell, I had to go to CompetitionPlus to find out what I was doing because Robert makes decisions and you would write about it, and I wouldn’t even know it."

And for Force, sometimes what one doesn't know is always the best news.