“Adding Smart Sanitizer as primary sponsor is another huge step for our Top Fuel team,” said Justin Ashley, 2020 NHRA Rookie of the Year. “Our goal with our race team is to win races and also provide businesses and brands with exceptional marketing opportunities through our NHRA racing program. I am excited to represent their products and help introduce them to tens of thousands NHRA fans at every race starting in Charlotte this weekend.”

The addition of Smart Sanitizer as primary sponsor further strengthens the marketing program at Justin Ashley Racing as he pursues his first NHRA Camping World Top Fuel world championship. The 26-year-old driver has quickly established himself as a rising star and tough competitor on the NHRA series. Ashley opened the season with a semifinal finish at the prestigious NHRA Gatornationals and he continues to lead the Top Fuel class with best average reaction time for the second season in a row.

“We are thrilled to be partnering with Justin’s team,” said Smart Sanitizer Co-Founder and President Viktoriya Bastiyali. “We will be cheering him on! This partnership allows us to reach a new audience in addition to our sponsorship of Rick Ware Racing at the NASCAR Cup Series. Being fans of NHRA, we saw it as a unique opportunity to sponsor Justin Ashley Racing. The car and the uniforms look fantastic. We are very excited to continue getting to know the NHRA community and look forward to forging new relationships going forward.,”

The Smart Sanitizer Top Fuel dragster powered by Strutmasters.com will enter the NHRA Carolina Four-Wide Nationals No. 8 in the Camping World Top Fuel point standings. The team is just over one round of racing behind the No. 4 position. 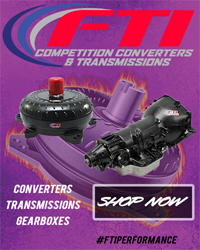