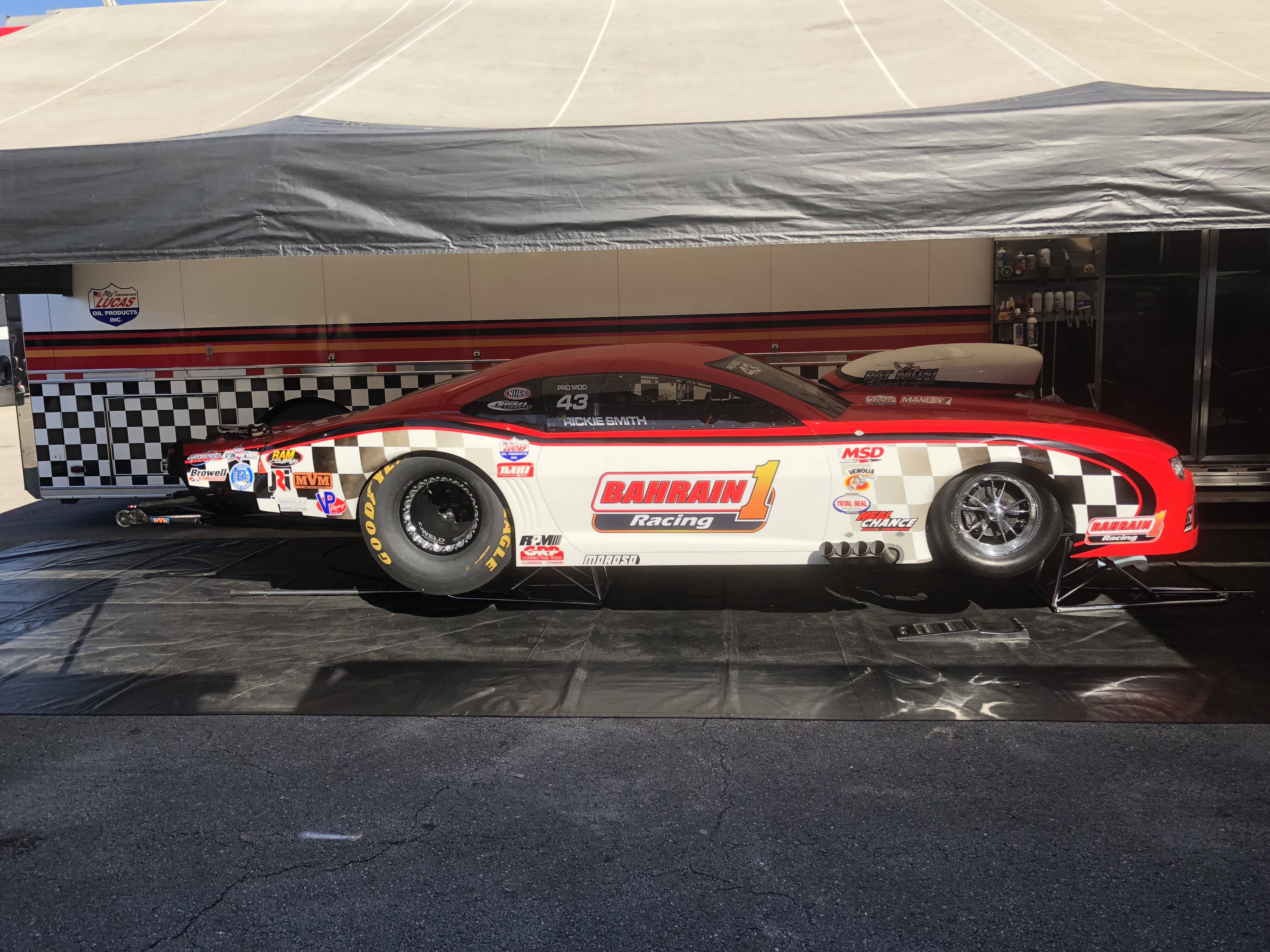 Anytime is a good time for a sponsor. At least it's the way Rickie Smith sees it.

The multi-time champion and doorslammer drag racing icon was prepared to enter the 2018 tNHRA Pro Modified tour unsponsored when the day before the season-opener he received an unexpected call from Sheikh Abdullah of Bahrain informing him he didn't have to worry about a sponsor.

"That was kind of unexpected," Smith admitted. "I really wasn’t expecting him to step up and take me on board.  I just can’t say enough for him to help pull me through this year again, and enable me to stay out here and keep racing."

Smith was prepared to race on an tight budget this season and was willing to do what most any racer would do to work with a shoestring budget.

"I wasn’t going to sit out any races, but I was probably going to have to go borrow some money," Smith explained. "The way I figured everything up, I was going to have to borrow a little bit to finish the year. I was hoping maybe someone would come along through the middle of the year. But to jump in the first race here gives me a little better stress relief here. It sure does help out."

Smith smiles and quickly accepts the notion he's a racer albeit with the DNA makeup of a cat with nine lives.

"It’s all about being competitive and treating your sponsors right," Smith explained. "I’ve never lost a sponsor because I did something wrong. It’s just about every time I’ve lost one, they went a different direction, or they pulled plumb out of drag racing.

"Same thing with IDG and Vallen, they just pulled right out of racing when they sold out two years ago. The company that bought them out decided to step away for a while. It ain’t like they dumped me and got another one, so that makes you feel a little better."