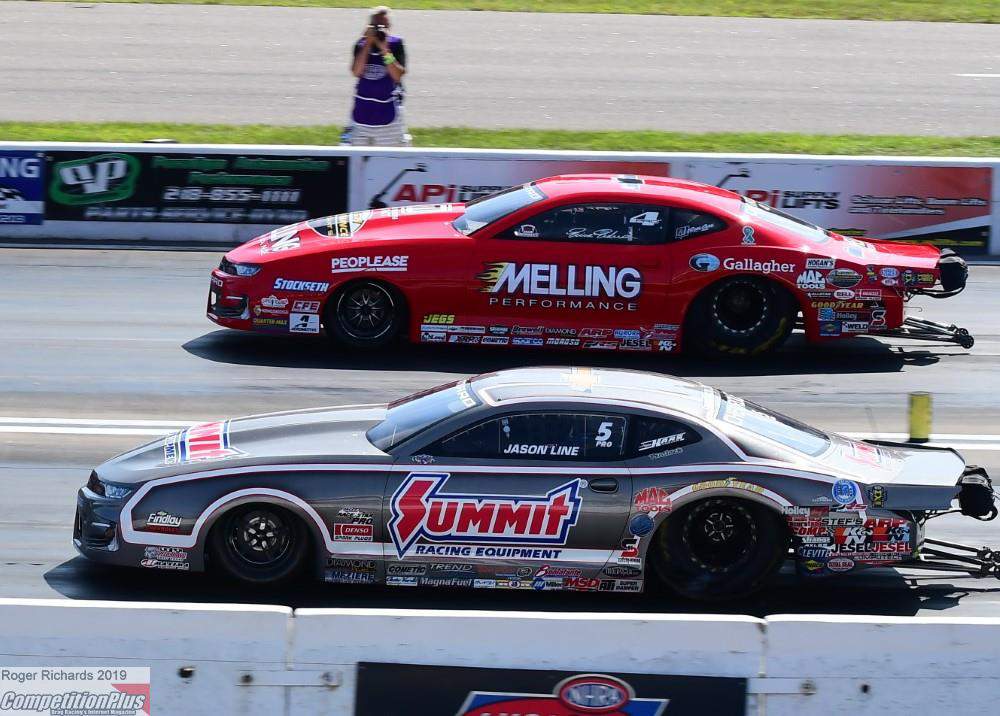 There is no other word that can be used to describe Jason Line’s weekend other than perfection.

Line was flawless in all eight passes over three days at his home track, sweeping qualifying, earning the No. 1 spot and racing to his first victory of the season and his first on home soil at the 38th annual Lucas Oil NHRA Nationals at Brainerd International Raceway. 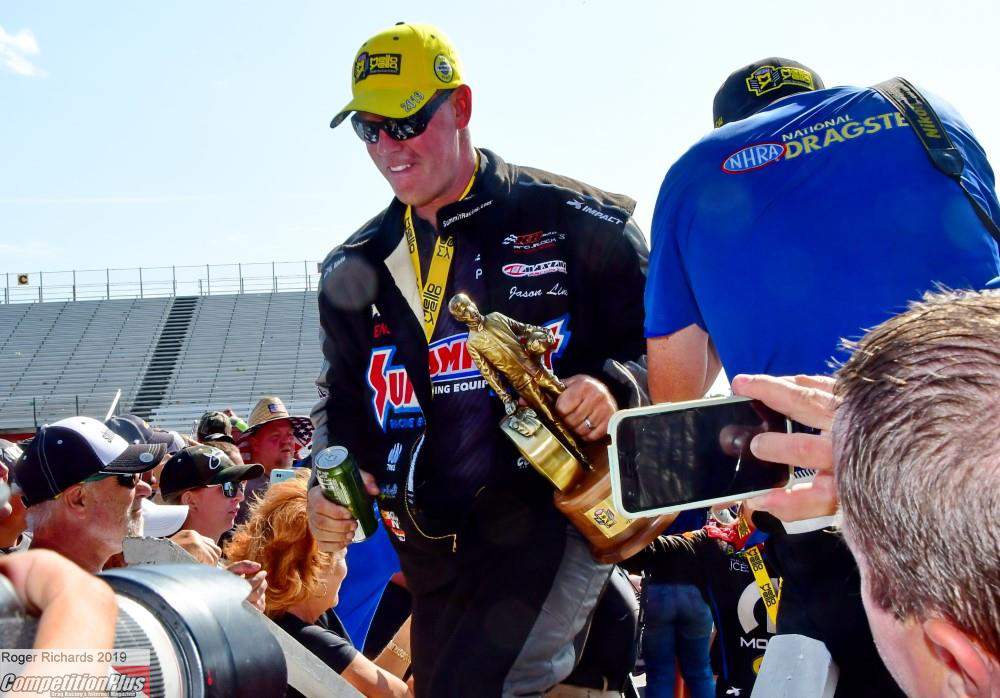 “This is very cool. As we get older, you realize these moments are going to be fewer and farther between and there is less of a chance of them happening, so this is very special,” Line said. “I am super excited - as excited as I get anyway. You want to win here in front of your friends and family. It was just a great weekend and a fun day. It is probably as much fun for them and for me to see how happy they are. That makes it super special.

“Having a weekend like this is a rarity. I couldn’t tell you the last time that happened to anybody. We had a great car and we were head and shoulders above everyone else.”

Line, who grew up a little over an hour away from Brainerd in nearby Wright, Minnesota, credits this very track for a career that now includes 49 Wallys, 55 top qualifier awards and 101 final rounds. He has won here in other classes, but never as a professional in the Pro Stock ranks. He is technically credited with a win at the facility back in 2014, but that race was rain-delayed in the semifinals and Line later picked up the Wally in Indianapolis a few weeks later.

So while he has a trophy with his name on it from this race, Sunday was his first win in Pro Stock actually at the Minnesota-based facility.

“My parents let us come here when we were just kids. It was the start of something big for me,” Line said. “I won my first race here. My first lap was here. My first beer was probably here. My first memories (of racing) were of coming here. It is a great place. No matter what, this place will hold fond memories for me. My dad raced in the very first event they had here in June of 1968 and he still has the same car.

“This place has been a big part of our lives. They did a great job with the track and to return up the return road on the zoo side with all of the fans yelling, that was really cool. It was a great moment that I will remember forever.”

Line defeated Erica Enders in Sunday’s finale, a matchup of two of the strongest cars in the field. While Line topped every session over the course of the weekend, Enders was a close second and the two put on a tremendous race in the final.

Enders, known as a world-class leaver, edged the three-time champion by the narrowest of margins at the start, but Line quickly made up the ground and never trailed with a 6.597-second pass at 209.10 mph in the Summit Racing Equipment Chevrolet Camaro for KB Racing. Enders, who was also seeking her first win of the year, crossed the stripe with a 6.604 at 207.59 mph.

After the race Enders came up and congratulated Line with a hug on the top end.

“My goal is not to leave first against her. My goal is to be close,” Line said. “She is quicker than I am. I have my moments, but she is as good as anybody ever as far as letting her left foot out. My goal is to get close to her and hope we can outrun her. We managed to do that today.

“I don’t normally look over in high gear, but I did today. It has been a while since I bracket raced and I looked over and I won’t tell you what I said, but I really thought I was a couple thou behind.”

Going into the final, Line had the added drama of flying blind as an issue with their data-gathering device during the run before left the team guessing with the race on the line.

“We didn’t get any data the run before for whatever reason. Normally we make some tuning changes and today we had to take a guess at it,” Line said. “They actually outran us a little bit down the back, so we were off a little bit somewhere, but it was enough. When the win light came on I was a little surprised. We probably should have made some bigger moves, but it is what it is.”

In addition to his personal history at the track, Line also extends his streak of 16-consecutive seasons with a win on the NHRA Mello Yello Drag Racing Series, having won each year since joining the Pro Stock class.

“It is a big deal. My dad is a numbers guy and he likes streaks. So he makes a big deal out of the fact that I have won a race every year that I have raced in Pro Stock,” Line said. “And he puts a lot of pressure on me to make sure that continues. To do it here in front of him is pretty cool.”

Line added wins over Wally Stroupe, Alex Laughlin and Deric Kramer to reach his second final round of the season as he moves up a spot to fourth in the championship standings with one race remaining in the regular season.

Line built on his Friday and Saturday successes on race day, running low elapsed time and speed in a round two win over Laughlin, before being gifted with what he calls his lucky round in the semifinals. Kramer lit the red light during a run in which Line was late on the tree, gifting the eventual race winner a ticket to the final.

“Against Kramer in the semifinals, I was tardy. I fell asleep up there,” Line admitted. “You can’t do that against anybody. Fortunately, he couldn’t wait. I think everybody knows how everybody wants to stage, so I think he was trying to do something to throw me off a little bit. So I tried to do the same in return and we both did a really poor job. Thankfully his was worse than mine so it worked out for us.”

With a win under his belt and already being locked into the postseason, Line now shifts his focus to the biggest race of the year at the Chevrolet Performance U.S. Nationals in two weeks with an opportunity to further his standing with the Countdown to the Championship looming on the horizon.

“The truth is, one little event can change everything,” Line said. “It is a tough sport and right now everyone is so equal. There is no margin for error. You have to have a little bit of luck as well. That is what makes it special when you win.

“It is a big deal going into Indy with at least one win. I am going to sleep well tonight.”