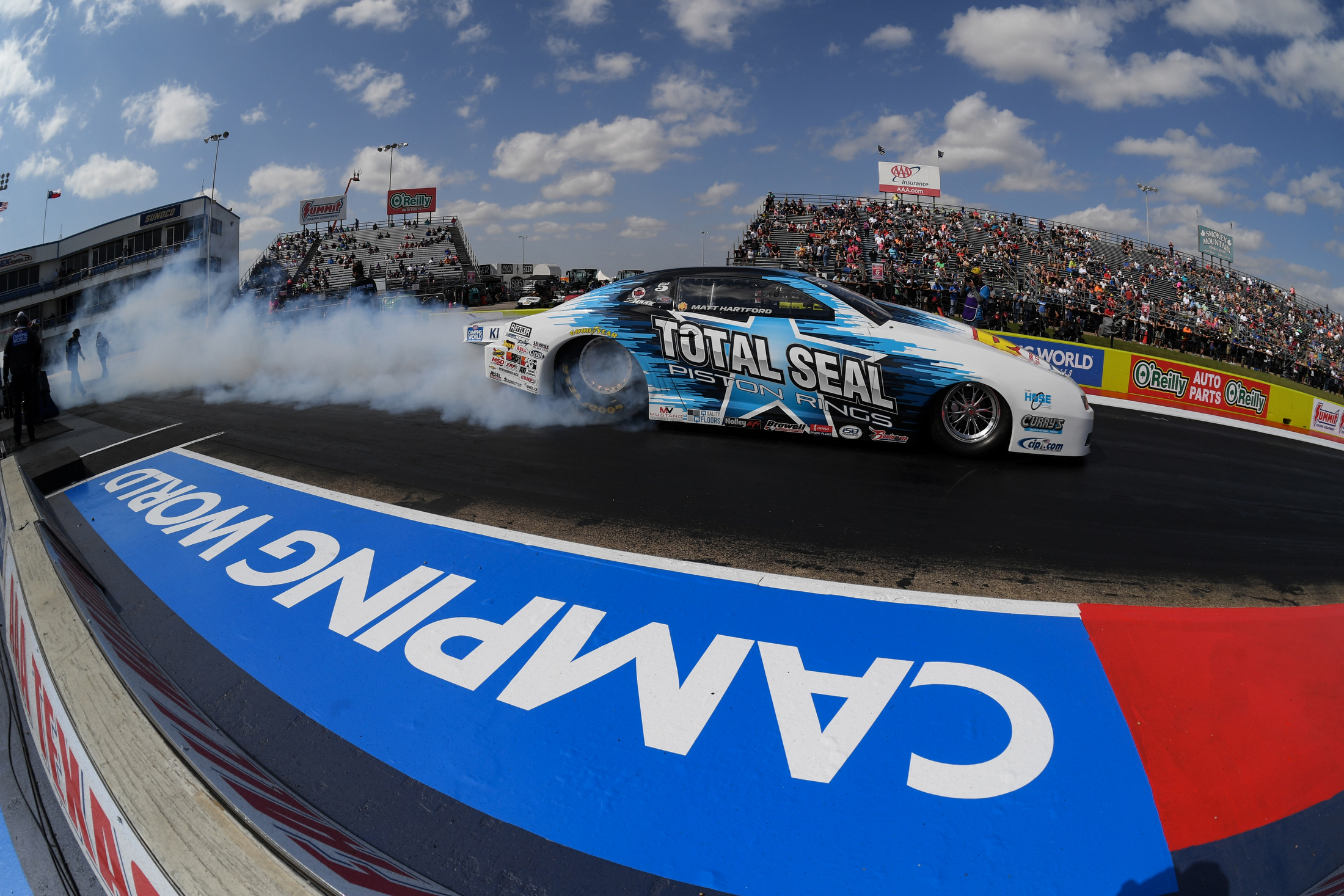 It seems like everyone seems to forget about the Phoenix, Ariz., driver. 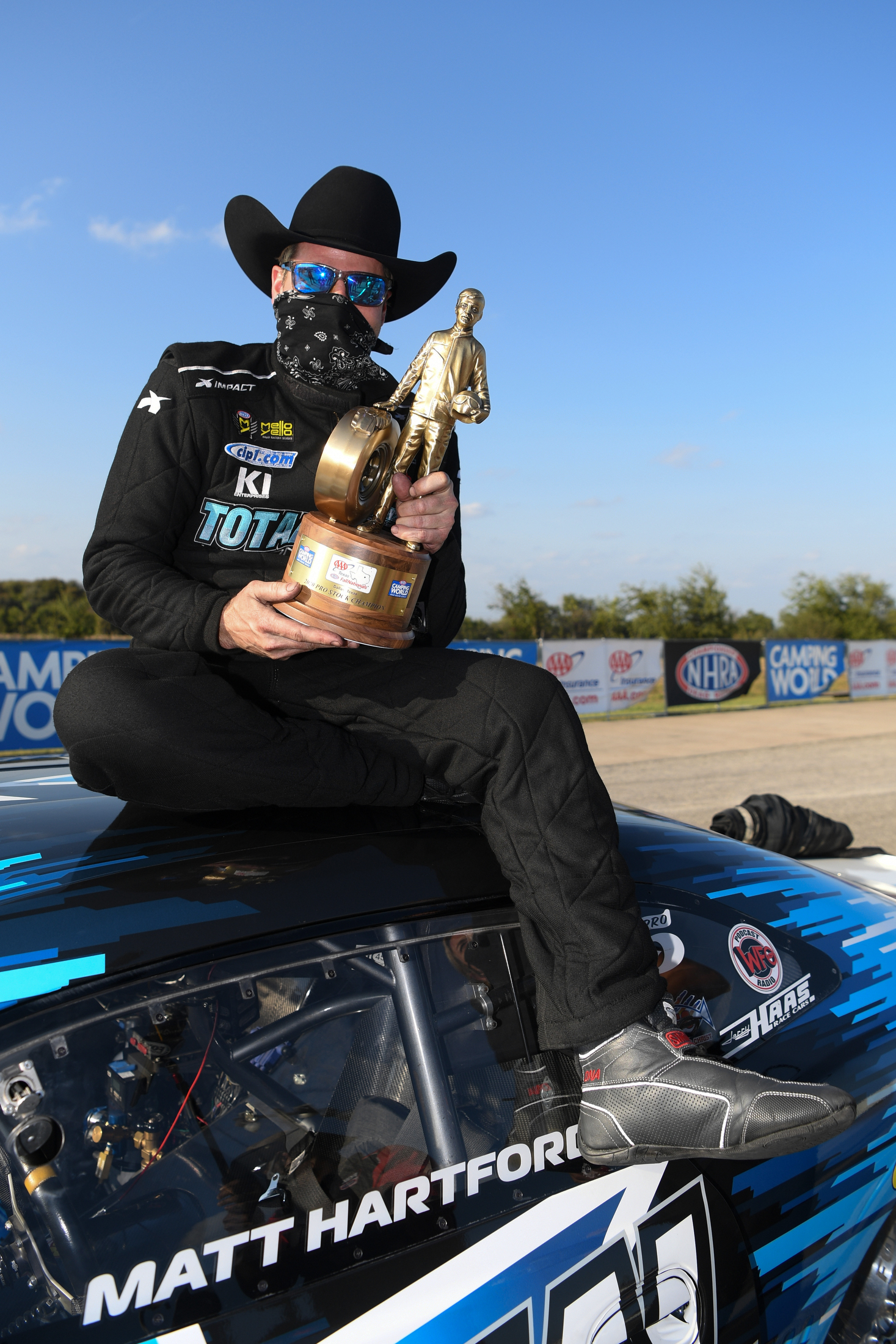 However, Hartford is always lurking around, and he proved again how good he can be as he won the 35th annual AAA Texas NHRA FallNationals Sunday in his Total Seal Camaro.

Hartford, on a holeshot, beat perennial powerhouse Greg Anderson in the finals at Texas Motorplex in Ennis.

“The final, honestly, for me was big because that's now three wins out of nine final rounds,” Hartford said. “But really the semi-final run was the run that really set it apart for us. Erica Enders is just so dominant on the tree and obviously everybody's going to say I strung her out and I was tardy getting in and what took me so long to stage. That's all the truth. We have every right to do whatever we want. She pre-staged fairly quickly and I just decided I was going to take my time, relax, take a couple of deep breaths and not be in a hurry because there's a lot on the line and to beat her and then come back and we didn’t make a good run.

“But then to come back and our team pulled together and made some good changes and Greg dominated us on the track. We just left on them. It's incredible for the Total Seal car to have another Wally. Let it be known, to hold the first-ever Camping World Wally in Pro Stock, that never gets forgotten. People will never forget. Hey, that'll be a trivia question in 20 years. ‘Who won the first Camping World Wally in every category?’ So, for me it's incredible.”

This was Hartford’s third career national event win and first this season. He arrived in Dallas fifth in the points and moved up one spot in the standings 181 behind reigning world champ Enders.

“Well, yeah, McGaha, Bo, Erica and Greg. That's not an easy road to take to get a cowboy hat. But we've had a really good car all year long. At Gainesville, I made a really bad rookie mistake. I went red (in the first round) and I just screwed up when I was staging, and it cost me. St. Louis, we were in the semifinals, it was a good race, but we lost. When we got to the semis here, I said, ‘here's our redemption. Let's go ahead and close this deal and let’s win this race.’”