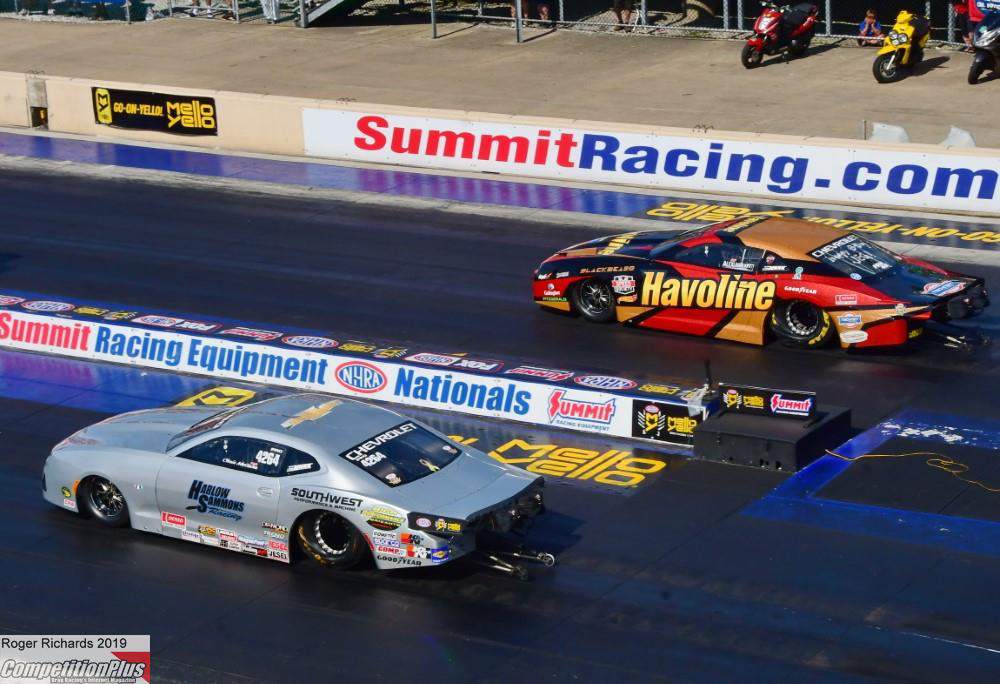 Chris McGaha seems to be forgotten about sometimes in NHRA’s Pro Stock class.

The Odessa, Texas, racer picks and chooses his race schedule and just when it seems he will not be a factor at a national event – he wins.

That was the case Sunday. 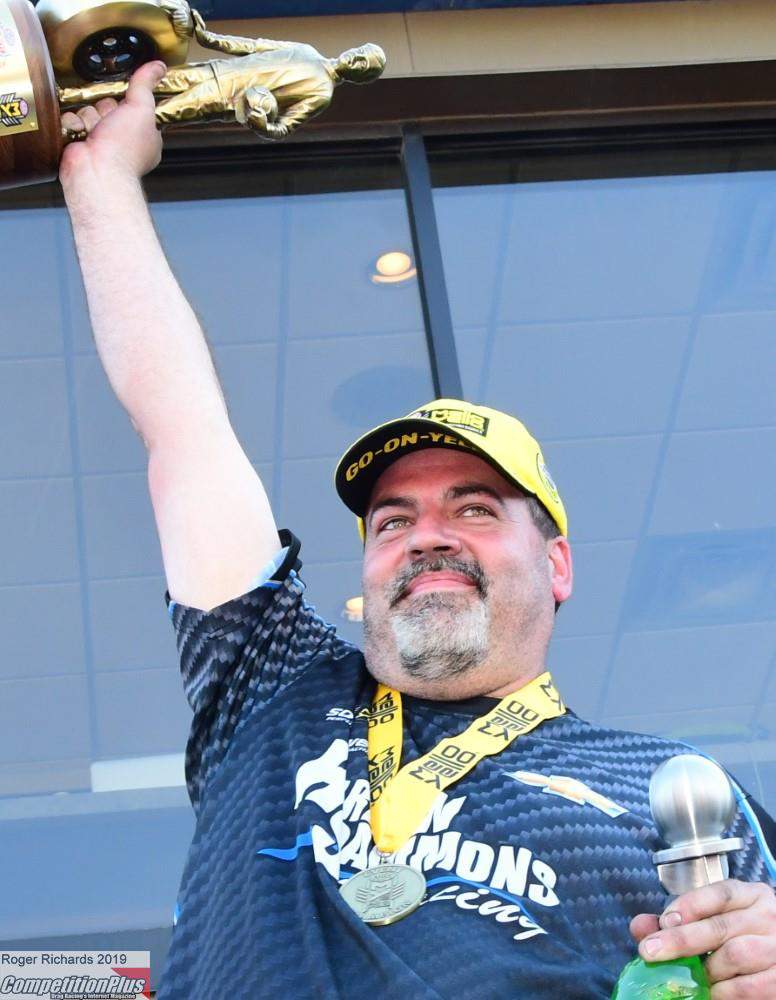 McGaha qualified third, and mowed down the competition, culminating with his victory in the finals over Alex Laughlin at the Summit Racing Equipment NHRA Nationals in Norwalk, Ohio.

McGaha had an impressive victory parade, knocking off Wally Stroupe and former world champions Greg Anderson and Bo Butner in the KB Racing stable, before upending Laughlin in the final round.

“It started with a bad light in the first round and I probably should have gotten trailered by Wally Stroupe with that bad light, but somehow we got back around him,” McGaha said. “The second round I was a little better on the tree and it was a long tree because even Greg said something about it being a long tree and I think we were both about 90. I had no idea he shook, I just didn’t see him. The semis, we just kept dragging the same car up there much like a bracket racer would do. I just kept taking the same car back up there all four rounds. I botched the burnout really bad in the semis. I’m sure everybody thought we were done. I tried to do it again and I guess I didn’t back up in the water enough. I said it is what it is and I took it to the line and let it rip and the next thing I knew we won that round and were in the finals. We just kept doing the same, the basic service and dragging the same car up there.”

Not bad, considering McGaha only had a 4-6 elimination round record before Norwalk and lost in the first round at the last event to Richard Freeman in Chicago.

This was McGaha’s first win of the season and eighth of his career and first since Epping, N.H., in 2018.

“These clutches are sensitive, like I said I totally botched the burnout in the semis,” McGaha said. “It stuck the tire and I backed up and apparently I didn’t back up enough. I did see the crew running around in a frenzy. I was kind of laughing saying it is what it is. I didn’t back up enough, so it stuck it even worse and that point I was like I probably have done enough damage to the clutch that I probably need to just stage the thing at this point. I staged it and I’m like it is either going to go or it is not. It was a dice roll at that point and we will see what happens.”

The next race for McGaha and the Pro Stock class is the Mile-High Nationals at Bandimere Speedway in Denver, July 19-21.

“You have to change so much at Denver that it is definitely luck, that’s what that is I feel like,” said McGaha about racing in the high altitude of Denver. “It is a totally unique tune-up, especially in the gearing and the transmission. You have to almost learn how to drive again. It kind of reminds you of a Comp car. I’ve had to train myself over the years to wait for the shift light and you get back up there and it is fast again.”

McGaha took a moment to offer his opinion on Pro Stock’s new 18-race schedule this season.

“I think it is (positive),” said McGaha said. “I was only going to run 16 to 18 races anyway even if they had 24. I don’t want to say I have a real job, but I guess I do. I have other obligations and it has been kind of nice because I started some new projects this year in the oilfield shop and it has helped. Plus, I think not going to Bristol between Chicago and here, I didn’t really do a lot. I really sat down and wore a notebook out and a calculator out really looking at my set up and I think it paid off. Just clearing my mind and sitting and thinking about it.”