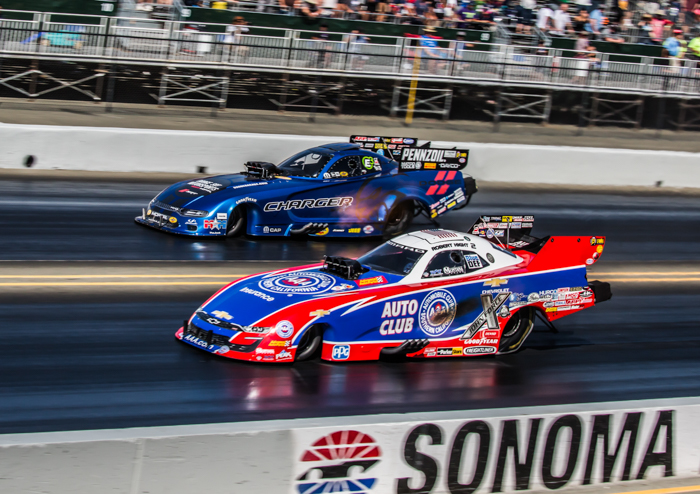 There was a time when Robert Hight looked at Sonoma Raceway just like it was Dodger Stadium. The facility looked pristine, and the players were larger than life.

Hight was like the kid who had aspirations of playing big-league ball but as hard as he tried couldn’t get any traction on the sandlot. All the kid from Alturas, Ca., needed was a chance. 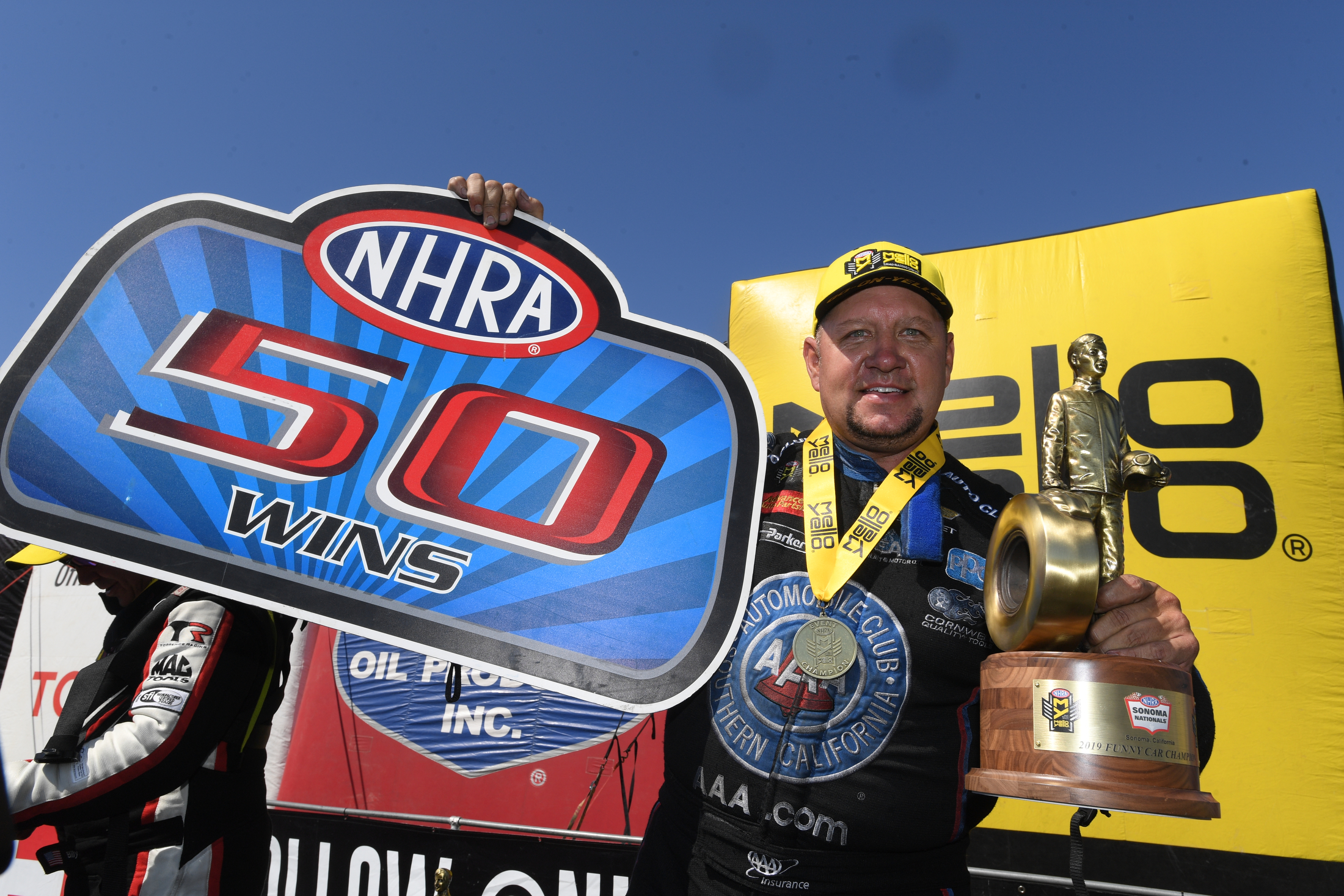 “The first national event I ever attended was right here whenever this place opened, and I’ve been to every single race as a fan, a crew member and now a driver,” Hight recalled as he walked into the media center following his monumental victory at Sunday’s NHRA Sonoma Nationals, his fifth 2019 victory.

“Never honestly dreamed I would get to drive a Funny Car,” Hight said. “When I first saw these cars run I’d gone to Sacramento. It was called the Governor’s Cup, it was a race they had there and believe it or not it was John Force and Jim Dunn in the Fireman’s Quickie (the name of his car). I saw these cars run and I was like, “My God, these are superheroes. No one could drive a car that accelerates and goes that fast. It just blew me away.”

Hight, an admitted small-town boy, saw Funny Car racing as a larger than life experience, reserved for those who could only do things not humanly possible.

The one opportunity enabled Hight to slip into the realm of what some have called larger than life.

But don’t take our word for it, check the stats. In the decade and a half Hight has barnstormed the NHRA drag racing tour, he’s amassed 490 round wins, and already holds a 34-10 win/loss record this season. Not a bad feat for a kid who once dreamed of wiping slicks, and inevitably driving a race car.

Not only did Hight win his 50th race, but also took home the victory in the 50th anniversary of Sonoma Raceway.

“It’s a milestone,” Hight declared. “If you look at the guys who have raced funny car, there’s a lot of big names: Kenny Bernstein, Don Prudhomme, the guys that when I was a kid, I watched on tv and they don’t have 50 wins in a funny car. That’s amazing. Hard to believe.”

For all of the bravado which comes from winning a monumental event, Hight believes the misnomer he and crew chief Jimmy Prock put to bed in today’s less than conducive conditions made the most significant statement.

“We went into Denver, and we did test some stuff last week in the Western Swing, the beginning of it,” Hight explained. “It didn’t go as well as we wanted on Friday, so we went back to basics on Saturday. Number one qualifier there and went to the semis. Come here, and I know there’s a lot of critics that say “well Jimmy Prock and his team can only run when it’s great conditions, and you can throw down and run big numbers.”

“But I think today we proved that on a 130-degree track for three rounds that we could slug it out with anybody.”

And in one fell moment, Hight looked out to the room full of gathered media, and immediately the moment became overwhelming. He went back to 1988 in his mind, the first year NHRA brought their national event tour to Sonoma.

“That would’ve been my first year out of high school,” Hight said. “I remember coming down here and spending three days and getting out here whenever they opened the gates and not leaving until o’ dark-thirty because I just wanted to see everything. I wanted to take it all in.”