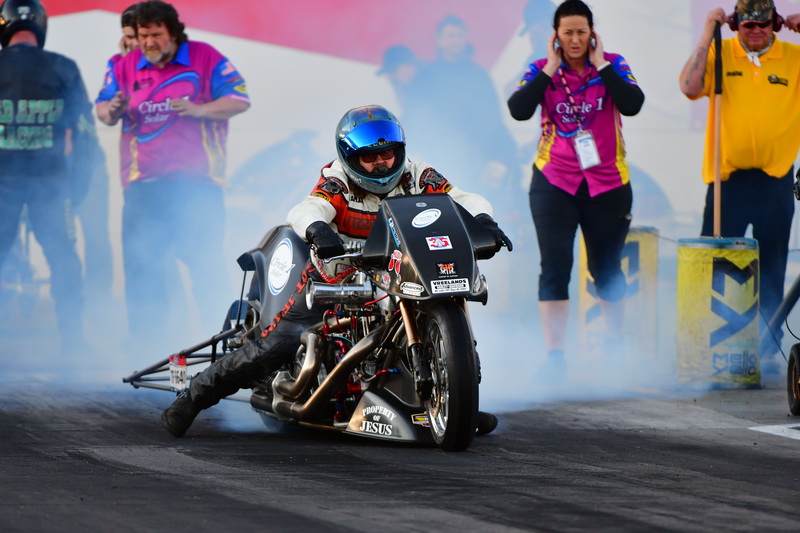 The Mickey Thompson Tires Top Fuel Harley Series has been added to the competition roster for the upcoming Dodge NHRA Indy Nationals presented by Pennzoil, Aug. 6-9 at Lucas Oil Raceway at Indianapolis.

The event will be the fourth of the season for the thrilling class, where riders cover the quarter-mile in just over six seconds at speeds approaching 240 mph astride their two-wheeled, nitromethane-fueled machines.

Points leader Randal Andras won the season-opening Lucas Oil NHRA Winternationals and Jay Turner, the series’ inaugural champ in 20 17, won the NHRA Arizona Nationals before racing was halted by the pandemic. Both shined again in the class’ return at the Lucas Oil NHRA Summernationals in Indy July 18-19, reaching the final round before it was rain-delayed to a an early-September conclusion at the Denso Spark Plugs NHRA U.S. Nationals, also to be held in Indy.