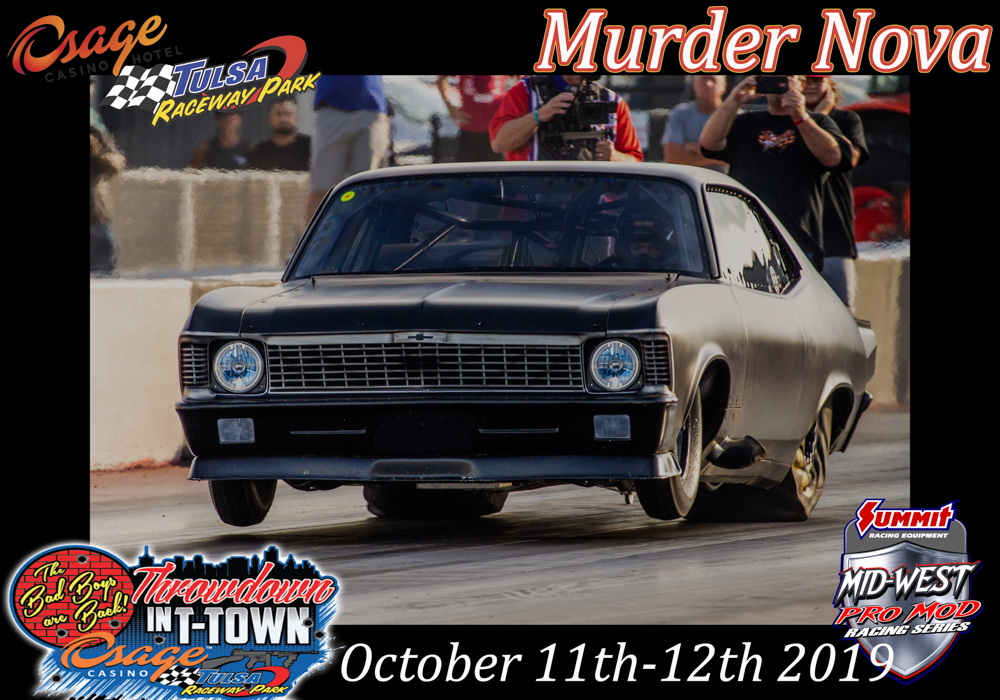 Street Outlaws' Shawn "Murder Nova" Ellington and NHRA Top Fuel racer Scott Palmer have each confirmed they'll be on the track and racing at Osage Casino Tulsa Raceway Park this weekend (Oct. 11-12) for the 25th running of the epic Throwdown in T-Town!

After he and fellow Street Outlaws star "Daddy Dave" Comstock both qualified for the Summit Racing Equipment Mid-West Pro Mod Series race early this year at Xtreme Raceway Park in Texas, Oklahoma's own Murder Nova will return at the Throwdown in T-Town, entered in the MWPMS Pro Mod class with his world-famous, twin-turbocharged '69 Nova.

Meanwhile, not only will Palmer be making exhibition passes at the Throwdown in his 10,000-plus horsepower NHRA Top Fuel dragster; he's also bringing "Studezilla!" his wild, nitro-fueled, flame-throwing '53 Studebaker Pro Mod, as well as an equally outrageous nitro-breathing '70 Chevelle piloted by veteran driver J.R. Sandlian. Palmer and Sandlian will light up the Tulsa night sky with side-by-side doorslammer displays of fire and power that has to be seen to be believed!

On top of a full schedule of Mid-West Pro Mod Series action, plus V-Twin Motorcycles, bracket racing, and Jr. Dragsters, the participation of Murder Nova and Scott Palmer makes the 25th Throwdown in T-Town an event not to be missed! And the best thing is -- FREE TICKETS!