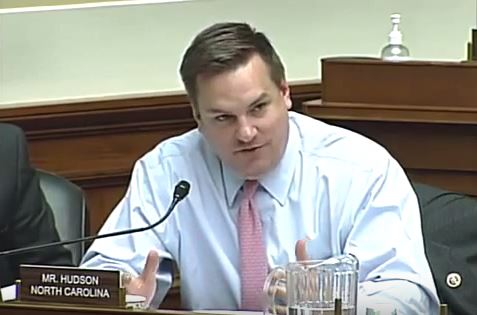 The following is an excerpt of their exchange.

Rep. Hudson: “NASCAR is one facet, but what about your man or woman who likes to take a car in their backyard and fix it up and take it down to the local drag strip and race it? I mean that kind of modification it appears very clearly is now ruled out.”

Rep. Hudson: “Well I appreciate what you’re saying, but it says here, ‘emission control devices must remain in their certified configuration even if they’re used solely for competition.’ The rule sounds different from what you’re explaining.”

Administrator McCarthy: “We’ll do the very best we can. We actually have... we’ve had substantial amounts of discussion. Whatever we can do to clarify this we’re going to be able to take those steps.”

Administrator McCarthy: “I know that what I have told you is what our intent was. We will make sure that the language matches that.”

Rep. Hudson: “I certainly appreciate that because not only is this an important part of the way of life for a lot of Americans who enjoy taking cars and modifying them so they can race, but it’s a billion dollar industry of aftermarket folks who make parts for people to use in competition. I remember back in February you testified before the committee and you made the point that, ‘Not one EPA regulation has ever cost one job.’ Well I’m telling you this is a billion dollar industry that will be wiped out if we can’t clarify this and make sure the intent you’ve expressed is reflected in the regulation.”