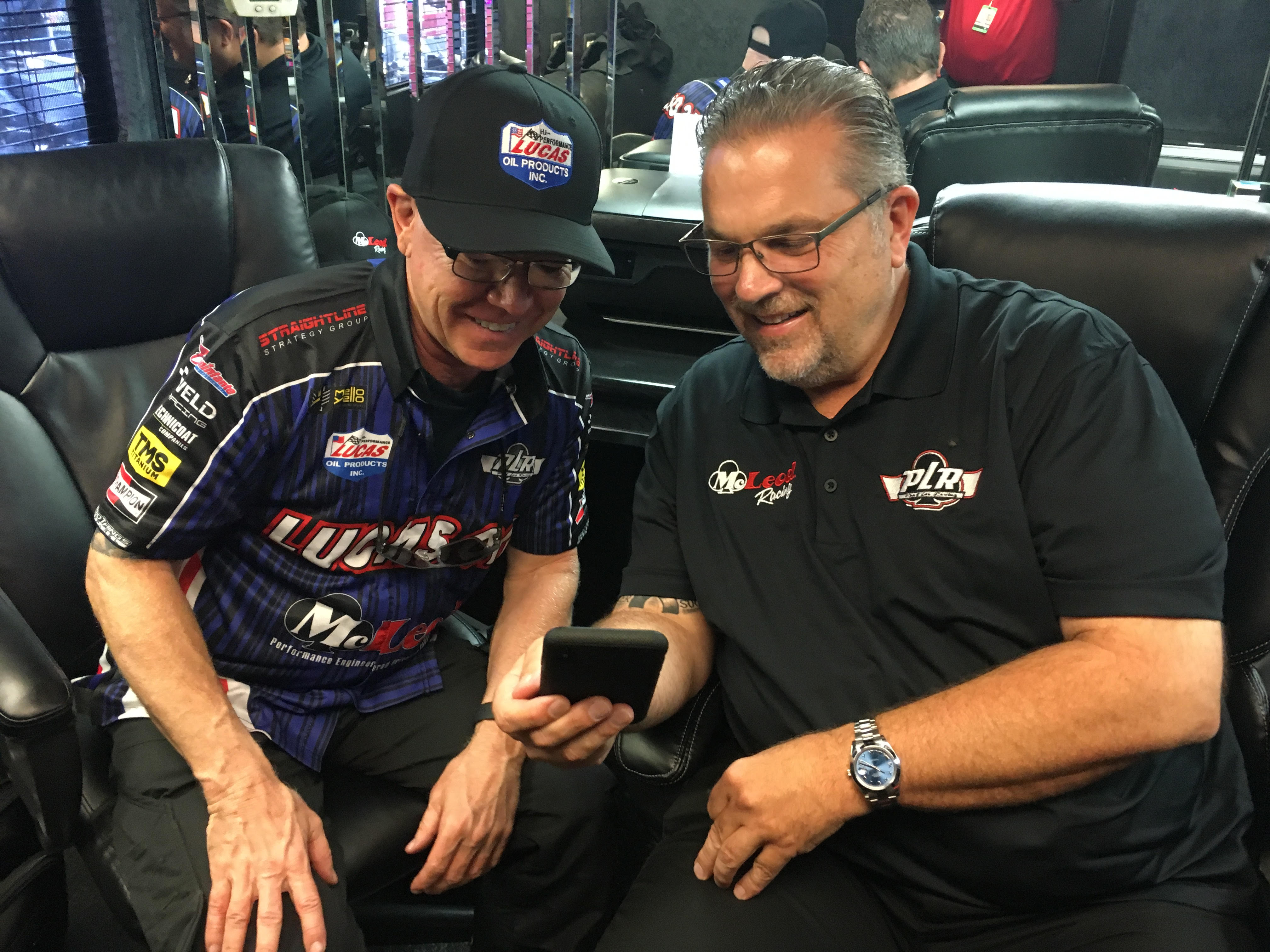 Life is good for Jim Oberhofer these days. Just ask him.

The longtime Top Fuel tuner is now a Funny Car crew chief but still dabbles in the long skinny cars.

Oberhofer, for decades, plied his trade as the tuner of record for Doug Kalitta before leaving the team last October. He joined the Straightline Strategy Group a little over a month later, a conglomeration of professional race teams pooling their marketing resources.

Oberhofer lives life at a less hectic pace these days. He’s even embarking on a new business venture away from the strip he hopes will reengage the hectic pace in a good way.

“I think that’s all going to change when I get back home to Plano, Texas next week,” Oberhofer admitted. “I’m actually going to close on my new oil change business. So it’s an exciting step for me in my life and my family’s life. I’m trying to have my cake and eat it too.

“Drag racing is the fun part of my life and then, hopefully with my new Victory Lane Quick Oil Change center, that’ll be the more business side of life for me. I’m just excited about everything I’ve got going on. It’s just really breathed new life into me this year.”

Oberhofer learned a valuable lesson he always knew existed when one can't see the forest for the trees.

“Last year when I parted ways with the Kalitta team, I really wasn’t sure what I wanted to do from that point on,” Oberhofer said. “I kind of wanted to still race, but at the same time, I wanted to do something else, and I’d been thinking about it for a long time.”

“They called me the day after, and we had been talking previously about doing something down in Dallas, opening some stores up, in the future,” Oberhofer revealed. “They said, “let’s get this deal going.”

Oberhofer was almost at a point where he was content to walk away from drag racing forever.

Read invited Oberhofer to come Down Under to help with the family’s Top Fuel operation. It was the trick to make Oberhofer fall in love with the straight-line sport all over again.

“They made me realize why I love drag racing so much,” Oberhofer said. “I went down there in November and raced with those guys down there in Sydney, and I had more fun than I had in such a long time and Bruce’s like one of my best friends I have in this world. It’s a shame he lives so far away from me.

“We had fun getting this car back on track, and I really had fun racing with them, and I said, ‘You know, this is the way it’s supposed to be, this is what drag racing was all about for me for a number of years.” 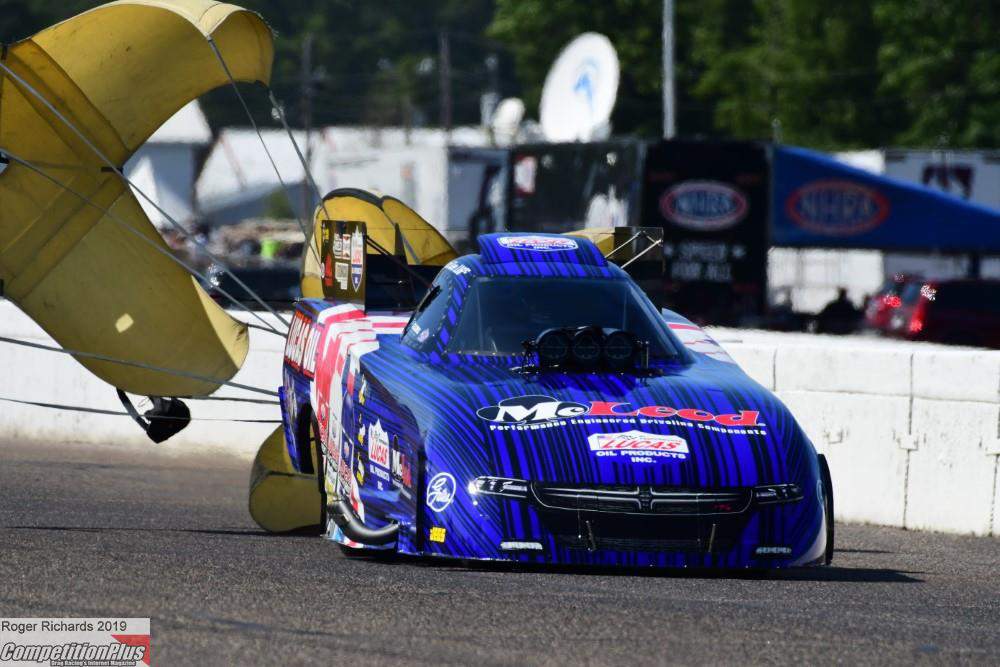 Oberhofer often understands words are open to interpretation, and the renewed passion for drag racing should never be construed as his time at Kalitta was never anything as one of the most significant opportunities in his life.

“The sport grows, things change,” Oberhofer said. “For Connie Kalitta, he did a great job; he’s done a great job. If it wasn’t for Connie, I wouldn’t be in the spot that I’m in right now. So, I’m very appreciative of that. He taught me so much about business and racing.

“At the same time, it’s about also enjoying yourself and enjoying what you’re doing. Bruce showed me that again, he taught me something that I needed to learn again, and that was to how to enjoy myself out at the racetrack. That’s what made me want to go racing again.”

Oberhofer didn’t even have time to return to the States when he received a phone call from Parts Plus-sponsored team owner Doug Stringer, whose Top Fuel team is the flagship for the Straightline Strategy group.

“He presented this idea of me coming and working with Mike Kloeber on Clay Millican’s car,” Oberhofer explained. “I’ve known Mike for a long time, but I asked. “Is Mike okay with this?”

Stringer revealed Kloeber was 100-percent behind the move, and this was all the Oberhofer needed to confirm this would soon be his next chapter in life.

Oberhofer was already committed as crew chief of Paul Lee’s forthcoming Funny Car, but in the meantime, he would work alongside Kloeber to ensure the dragster remained on track amid the crew chief transitioned from David Grubnic to Kloeber.

It was no bed of roses in the early going, Oberhofer admits.

“When we first started with Clay’s car it was tough,” Oberhofer explained. “It was a struggle, and there was a lot of pressure on Mike, a lot of pressure on the team to succeed because not many people thought we could do very good with that car and the circumstances that were presented to us. But when we got to Gainesville, we really start having a lot of fun with the car.”

Not long after this, Oberhofer began his new role as Lee’s crew chief, all the while playing a role in Millican’s continued success. Fun in drag racing wasn’t an option; it was a requirement.

“The group of guys that we have working on this car, they are awesome. I mean, there are a lot of guys I’ve worked with in the past, and I reached out to them. They reached out to me. We all made this happen. It’s kind of funny because we say we’re a bunch of rejects out here racing a Funny Car.

“To me, this is like major league baseball players; we’re playing a kids game. We’re out here playing with race cars and trying to make them go quick and fast, and you should have fun doing this because there’s not many people in the world that get this opportunity. So you need to cherish that opportunity.”

Oberhofer is cherishing every moment, one new opportunity after another.