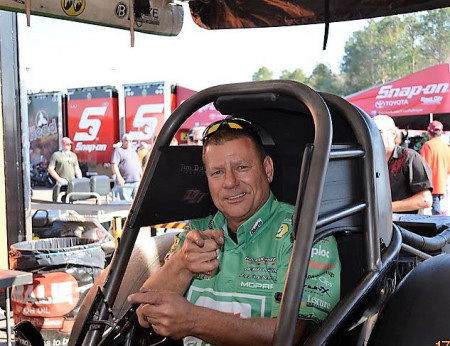 When the 2021 NHRA Camping World Drag Racing Series begins it will be nitro Funny Car driver Jim Campbell’s fifth in a row behind the wheel for Jim Dunn Racing.

The California native has high expectations for the upcoming season.

“The team sat down, and we had a big conference, and we know Jim is getting older and we want to put a win on the board for him,” Campbell said. “The way we have to do that is staying focused, teamwork and build off everything that we learn each run. Towards the end of the season there we were starting to run better. With these new clutch combos there is a learning curve. We struggled a little bit and it started coming around and we just need a consistent car.”

Campbell has competed in 95 career NHRA national events and he has made two semifinal appearances. Campbell finished 12th in the points standings last year.

“We have all brand new parts and pieces and we have some good brains working with us,” Campbell said. “It is just a matter if we can keep it consistent. I think that’s going to be the key, especially with some of the cars out like Tommy Johnson Jr. and Jack Beckman, but John Force and Robert Hight back in.”

Campbell, who has 12 round wins in his Funny Car career, would love nothing more than to reach Victory Lane for Dunn.

“I think we would go absolutely nuts (if we won a race),” he said. “He’s been such a mentor and there’s a connection between us, the Dunns and I to be a driver for them for five years in a row. We like each other and I think Jim sees something in me that he sees in himself and that’s just the competitiveness and the passion. We just need a consistent car and every once in a while, a little bit of luck. 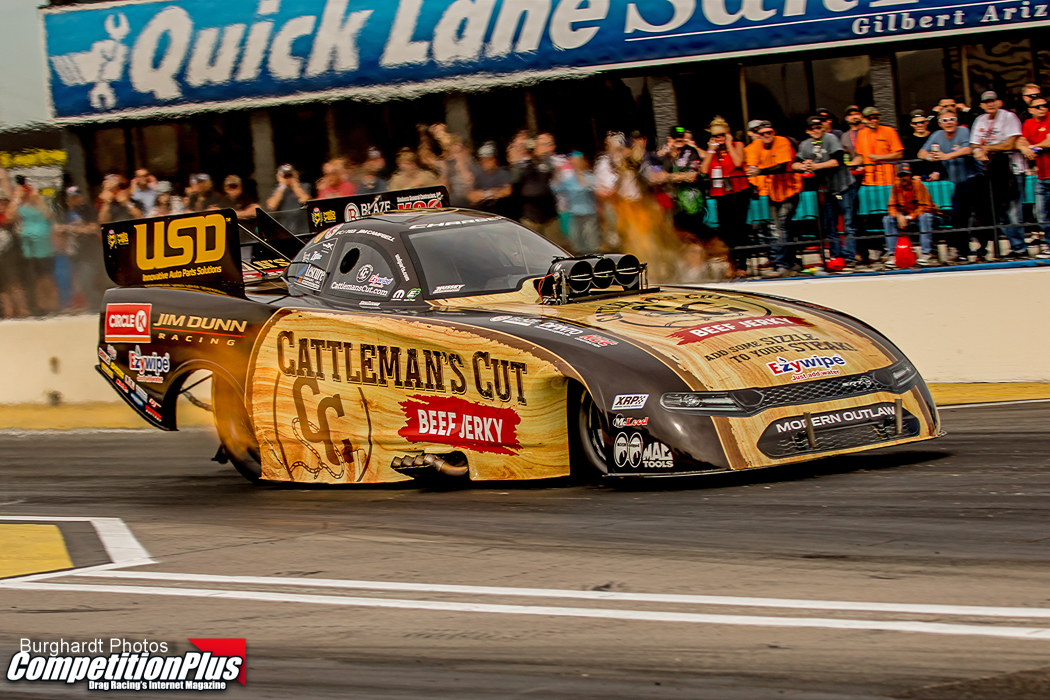 “Let me make it simple, last year, sucked,” Campbell said. “There’s no other way to explain it. I see good signs in the future, and I see the world getting better. Once the world gets better, I think everybody will want to get out and get back to the racetrack. The Daytona (500, Feb. 14) was a prime example. They let a lot of people in there. We are starting our first race in Florida. I’m hoping there will be quite a few people there. I’m excited about Pomona (Calif.), which is my home track. It looks like they are going to let some people in as well.

“NHRA, all motorsports and every sporting event has suffered from COVID. When you can’t sell tickets, and charge to park, it catches up after a while when you have to pay out price money and try and keep the sponsors happy.”

Campbell said his team hopes to test in Gainesville just prior to the Gatornationals.

“They are going to allow testing (March 10-11) at Gainesville right before the event,” Campbell said. “We had a 151-day break before (because of the race stoppage because of COVID-19 last year) and now we have like 125 day break in between. Everybody is trying to work with everybody. We have been in constant zoom meetings and things like that about what’s going on. I’m super excited. We have DiPinto International Logistics as our primary sponsor, which I’m super excited about. Having that sponsor that has a passion towards our sport makes it where we want to do great for them and we have such a drive on our team to go rounds.

“We have two major goals (this season), one is to win a race and the other is to make the Countdown.”

For a limited amount of time, you can get any 4 https://t.co/Reh86n8GFm face coverings for just $40. Click here to get yours - https://t.co/wSrXmpHBQm pic.twitter.com/L0JVyB2Mnr