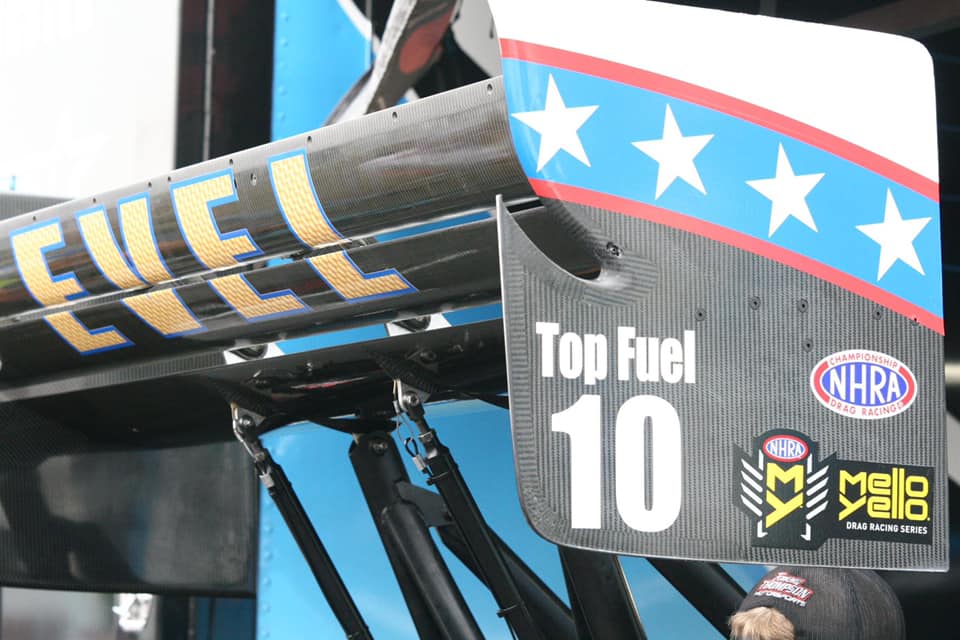 Scott Palmer remembers the day when he was young and was asked, “What do you want to be when you grow up?”

“An Evel Knievel,” Palmer responded, with the eyes of a dreamer.

“Well, you can’t be an Evel Knievel; maybe an astronaut, fireman or a policeman?”

Palmer admits it took him about 5,000 or so banana seat bicycle ramp-jumps for him to realize being Evel Knievel’s successor was not in his life’s plans. But, he did find a silver lining in the dark cloud.

“I probably didn’t break as many bones as he did,” Palmer admitted.

Many moons later, in a land not far away, Palmer was indeed an Evel Knievel.

During the NHRA Heartland Nationals in Topeka, Kan., Palmer was dressed head to toe in the iconic Knievel brand and driving a dragster painted just like those Harley-Davidsons Knievel used to do the impossible.

Palmer repped the legendary daredevil through his museum located just down the highway from Heartland Motorsports Park. The tribute was more than just a decal, it was an attitude right down to the facsimile helmet which displays from time to time at the daredevil’s shrine.

“That’s the one that made him famous because he had that horrible crash,” Palmer recalled. “Then it was probably six months later he was on Wide World of Sports again. We all waited for Wide World of Sports to see what was going on, and it was Evel Knievel again. It seemed like he had just crashed, and he was back on again.”

Palmer believes Knievel was a drag racer trapped in a daredevil’s life. Representing him through his Evil Knievel Museum promotion was his chance to go to the moon or fight a fire. As he puts it, “but way cooler.”

“You always see these big teams get to do cool stuff like with the Yankees or the White Sox,” Palmer explained. “I’m not a stick and ball sports guy so this is my deal. I think we’re the right team to do it.”

Palmer said his Evel Knievel Museum program came together last year when he visited the facility throughout the race weekend.

“First thing I did was show him a picture of my living room wall and the whole wall in my house is Evel Knievel,” Palmer said. “I told him, ‘I’m not just here taking the tour, I’m for real.”

“It’s important for everyone to keep that alive because here’s a guy who proved he could show off and make a living,” Palmer said. “But you can’t quit.”

And, Palmer isn’t quitting. He’s having too much fun.