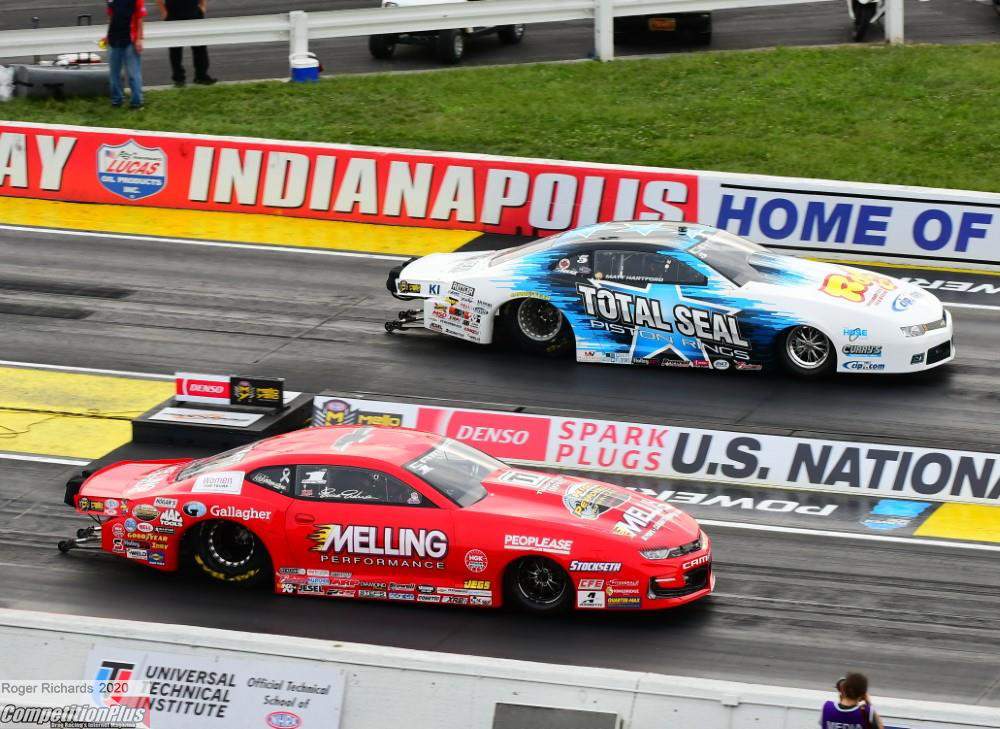 Enders had a huge lead over Alex Laughlin only to have her Camaro break and Laughlin drove around for the win. 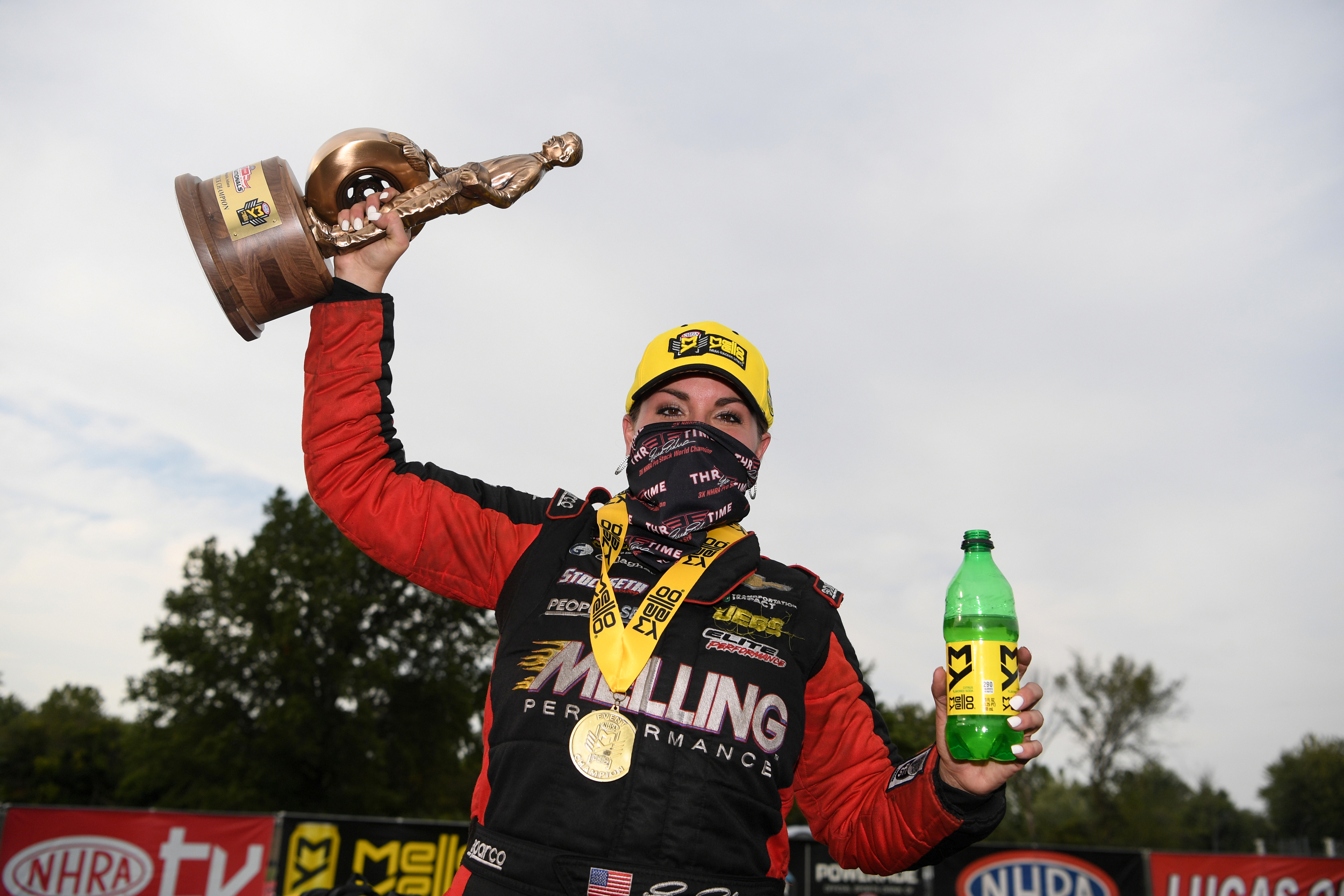 Fast-forward to 2020 in the U.S. Nationals and Enders wasn’t about to be denied in the finals Sunday.

“It feels so excellent,” Enders said. “You never know what the future holds, you never know when your last Indy is. You have to execute the best that you can every single time because finals are so hard to get to and there’s no final round with the exception of winning the world championship that is more important than the U.S. Nationals.

“So just how prestigious this race is and how much it means. I’m almost at a loss for words. You work your entire life for moments like these and you pay an awfully high price to be able to do this. Whether it’s giving up a personal life, or never having any time at home, or just working your tail off alongside 38 great men at Elite Motorsports.”

This was Enders’ 27th career Pro Stock national event win and her second at the U.S. Nationals. Her first came in 2015 when she beat Drew Skillman in the finals.

Enders is a three-time Pro Stock world champion 2014-15 and 2019. She drives a Camaro for Richard Freeman’s Elite Motorsports team.

Enders improved her career elimination round record against Hartford to 14-2 and she is now 2-1 in career final rounds against him.

Enders had the starting line advantage and never trailed. Enders became only the second winner to come from the No. 6 position on the qualifying ladder. Greg Stanfield was the first in 2010.

“Well you know I’ve figured it out through my career that there are a lot of peaks but there are way more valleys and you just have to hang on long enough because the trend will cycle and you just have to wait for the pendulum to swing in your direction,” Enders said. “That’s something that this team is really great at is perseverance, never taking no for an answer and certainly never giving up. This means a lot to me; it means a lot to my guys. It was super fun last year to race alongside my teammate.

After first round this year. I was the only Elite car left so it was kind of a change of pace. It was the Elite Performance juggernaut against the KB juggernaut and it’s just an interesting dynamic out here but to be able to be on the money for all the marbles is what this team is best at.”

The 2020 NHRA Mello Yello Series season – like sporting events all over the world – has been sabotaged by the COVID-19 pandemic – so Enders was grateful just to be competing this weekend.

“This year has just been so crazy, and we are extremely blessed to be able to still be racing through all of what’s going on,” Enders said. “A lot of people are having pretty tough times right now and we are all lucky that Richard Freeman has worked so hard to keep us all employed through this. It was definitely uncertain there for a while and we are still going through some uncertainty with the NHRA and all that’s out there, so having said that I feel very blessed to even be talking about a drag race at a time like this.”

Enders was especially thrilled that new fans were exposed to the sport of drag racing because of the appearance of Eric Trump, President Donald Trump’s son Saturday at the U.S. Nationals. Eric was a special guest of veteran Pro Stock driver Bob Benza, who was a member of the Elite Motorsports team.

“You know this weekend was extremely special for obvious reasons, being at the U.S. Nationals, but to be able to have Eric Trump, the son of our great president out here and we won’t get into politics, but regardless of who you vote for just look at the light that was shed on our class and our sport this weekend,” Enders said. “It was put in front of eyes that have never watched drag racing before because the millions and millions and millions of followers that the Trump family has, so you know I think that this weekend was truly great for our sport. I was proud to be a part of it and thank the Benza family for bringing him out here.”

Enders did take a moment to think about where she was going to put her latest Wally.

“You know what’s funny, I have every Wally from every win that we’ve ever had,” Enders said. “I have two nightstands in my bedroom and on my nightstand is the (Wally) from U.S Nationals win (in 2015) and on the other nightstand is my Houston win (in 2014). My first Houston win was the first Pro Stock race that my dad was there to see me win, so it has a very significant meaning to me. Then I kind of have the other Wally’s dispersed around the house. Winning the world championship in 2014 it was that shiny gold trophy, then winning the 25th Anniversary in Seattle was a shiny silver one, so those are on my mantle by my TV.

“I have some that mean more than others, that are in special places. I think the Houston Wally is getting moved out and she’s going on the other nightstand.”