REMEMBERING THE PRE-PRO MODIFIED QUICK EIGHTS IN THE CAROLINAS 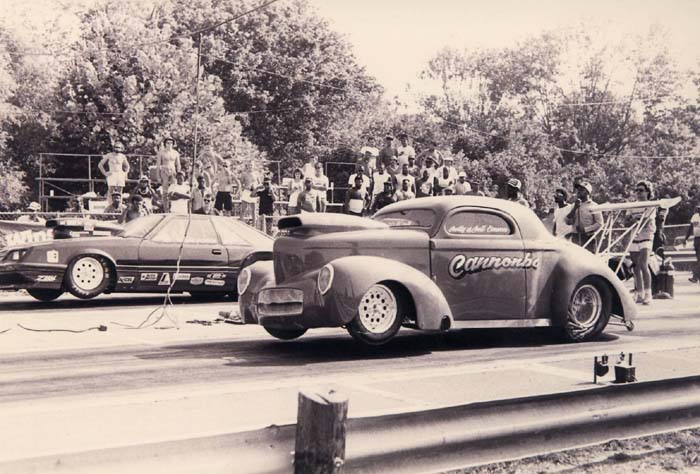 Throughout the Southeastern United States, many eighth-mile tracks, especially those in the Carolinas, booked in the IHRA’s mountain motor Pro 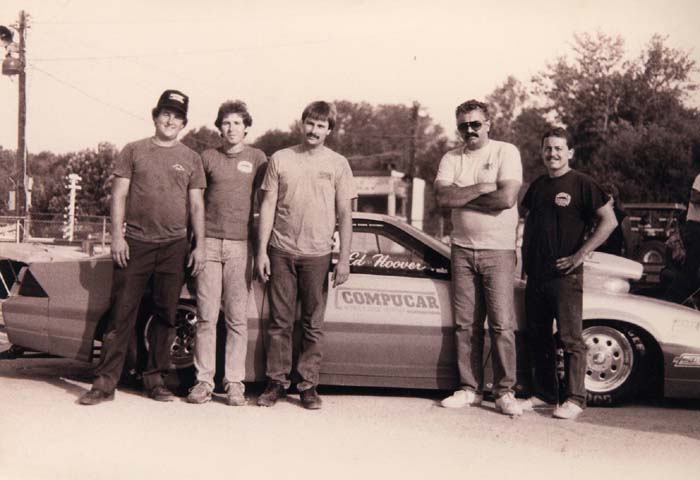 Let the record reflect that Ed Hoover won the first of the Quick Eight shootouts at Shuffletown Dragway in Charlotte, NC.

Stockers and Alcohol Funny Cars for match races. When the local races began to run quicker and put on a better show than the aforementioned entities, some of the promoters, namely the ones around Charlotte (NC) and Orangeburg (SC) began to offer these teams guaranteed money to withdraw from the bracket race competition and race against a similarly prepared entry.

The intuitive nature of these promoters led them to believe they had stumbled upon something and that if two put on a great show, then eight would be simply awesome. Instead of paying the individual appearance fees, these track operators, offered up decent purses for Quick Eight action.

Top Sportsman was their outlet to run national events but small backwoods venues such as Shuffletown Dragway (Charlotte) and Orangeburg Dragway (SC) was their connection to run free and play before packed houses of rabid doorslammer fans.

Racers like Michael Martin, with his nitrous-injected late-model Corvette, and Blake Wiggins rolled to the line with their fast breed of drag racing machinery and the plume of nitrous the blasted into the Carolina sky was enough to whip the often overflow crowds into a frenzy.

Depending on whom you ask, the first of the Top Sportsman Quick Eights were contested either in Orangeburg or Shuffletown. On alternating Sunday afternoons you could see an eight-car field of Martin, Wiggins, Carpenter, Ed Hoover, Sonny Tindal, Walter Henry, Ed Wilson, Thomas Jackson, Tommy Mauney and a score of others.

The fever of the local competition migrated to the national event and at the urging of Mike Thermos, founder of Nitrous Oxide Systems, the IHRA fielded a Quick Four event, first in Milan, Mi., and later in Bristol, Tenn., during the season-ending Fall Nationals event.

Thermos remembers flying to the east coast to discuss the potential of a Quick Eight Top Sportsman event and those meetings proved fruitless. He had all but given up on the idea of racing these cars on a heads-up, no breakout basis when he said Jones approached him in Milan and gave his blessings to a four-car shootout on Saturday night.

"I had just about given up on doing anything," Thermos confirmed. "I had flown out several times to talk to Ted Jones and for one reason or another, those meetings never happened. I wanted to do a Quick Eight for the Top Sportsman cars on Saturday night. Finally he told me I could do the Quick 4 thing in Milan. Ted asked me if I was going to pay them and I said, I'd pay them $500 and that's when Ted sent me to the pits to make it happen."

The fans ate up that special Saturday night shootout and after that, it became apparent that if the racers built this style of cars, the attention would come.

Thermos also fielded another Quick 4 during the 1987 IHRA Fallnationals and that was the final race under the ownership of Larry Carrier.

One of the birthplaces of Pro Modified, Shuffletown Dragway in Charlotte, NC, was a training ground for many of the class' pioneers with their Sunday afternoon Quick Eight competitions. On any given Sunday in the late 1980s, you could see Charles Carpenter, Tommy Mauney, Scotty Cannon, Ed Hoover and Blake Wiggins just to name a few. Video by Scott Caudill. (Story continues after video)