Just missing being able to compete in the NHRA’s Mello Yello Series Countdown to the Championship has altered Top Fuel driver Scott Palmer’s approach to the final six races of the season.

The Top 10 drivers in the Top Fuel points standings following the completion of NHRA’s 18-race regular season are eligible to run for a world championship in the final six races. Palmer placed 12th in the regular-season 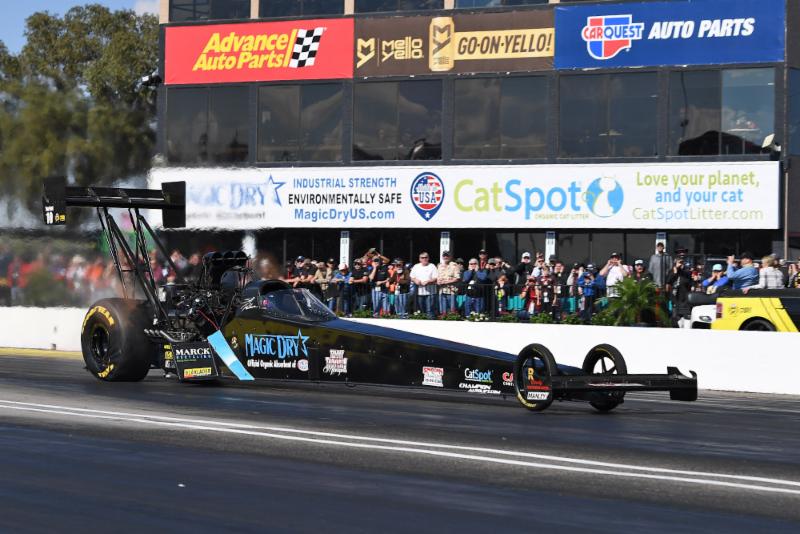 points in his Magic Dry Organic Absorbent dragster sponsored by Tommy Thompson. Palmer is also planning to work with Thompson on behalf of Magic Dry throughout the remainder of the racing season.

The next race on the NHRA schedule and the first in the Countdown is the Mopar Express Lane NHRA Nationals Presented By Pennzoil at Maple Grove Raceway in Reading, Pa., Sept. 12-15.

“I’m for sure skipping Reading,” Palmer said. “We went and tested our Pro Mod last weekend. We have some pretty cool stuff coming up with it. Our main concentration now is getting the dragster 100 percent ready for whenever we decide to come out. Now, we are just going to come out when we want to. We are not going to go out there and just spend another million dollars of Tommy’s money when there’s no reward for it. I love the Countdown, but when you have someone who is funding your team that is a friend of yours, there’s no reward going out there from here on forward. Why would go out there and spend Tommy’s money for nothing?”

Palmer said he has two Pro Mod cars – a 1970 Chevelle driven by JR Sandlian and a 1953 Studebaker driven by Palmer. They tested the cars Sept. 7 at Kansas International Dragway in Wichita before a packed house.

“JR had not been in a car in 15 years and he’s one of the best Pro Mod racers I have ever seen,” Palmer said. “In the Midwest here, he was just the best. We redid his same car the way he ran it back then (in the 1990s), same graphics, same everything, which was cool. These cars are just for exhibition stuff. My car is 100 percent, exactly like our Top Fuel dragster, every piece of it. The other one (the Chevelle) is a little bit milder, but it is still wild.”

Palmer has an ambitious goal for his Studebaker. 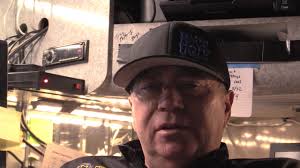 “He had the car front-halved and it has all been redone,” Palmer said.

According to Palmer, if Callaway’s dragster isn’t ready for the Dallas event, Callaway will drive Palmer’s main dragster.

“I’m going to make sure he runs Dallas,” Palmer said. “I have no pressure on me to do anything right now.”

When Palmer looks past 2019, he is planning on changing his game plan for the Mello Yello Series schedule.

“What we are going to do next year, because this has proven we are doing it the wrong way I think, next year we will come out like (Bob) Vandergriff and Billy Torrence and we will come out for 12 to 15 races and be prepared when we get there,” Palmer said. “I think we run great and I’m super happy with the performance of the car, but to go out and win a race, I think you just have to be a little bit more prepared and have a little bit more focus on everything. That’s my plan.”

Palmer’s top performance this season came when he was runner-up to Steve Torrence in Epping, N.H., July 7.

Palmer said he will make some exhibition runs in his Top Fuel dragster next weekend at Ozark Raceway Park in Rogersville, Mo., and Callaway will make some test laps.

“We’re definitely busy and my phone is ringing off the hook with little tracks wanting us to come,” Palmer said. “We are going to show up at some little race tracks that helped me get to where I am at. We want to support the local tracks because they all need it.”