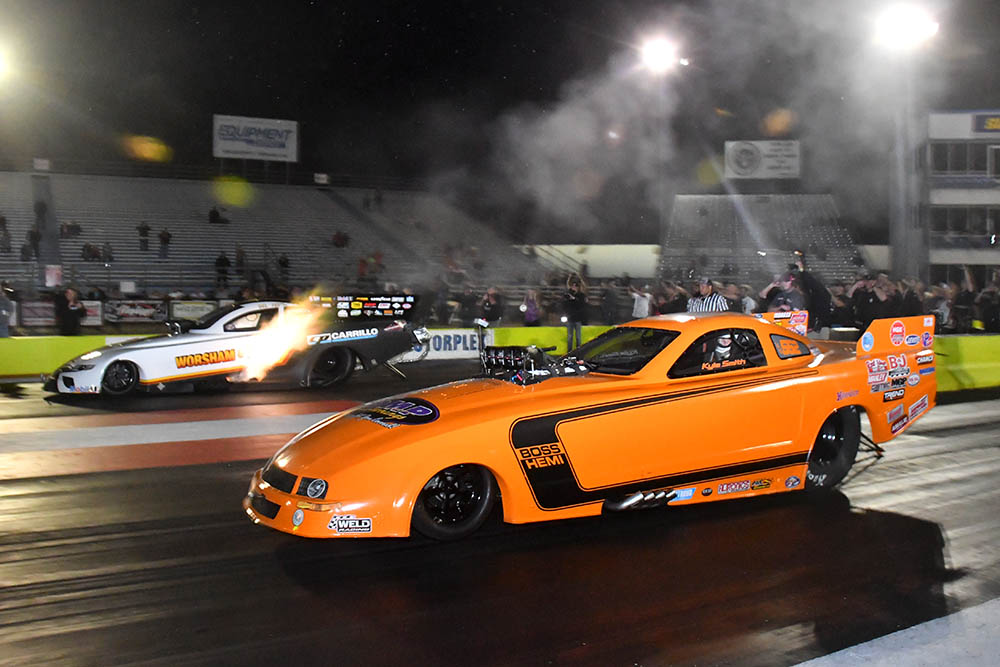 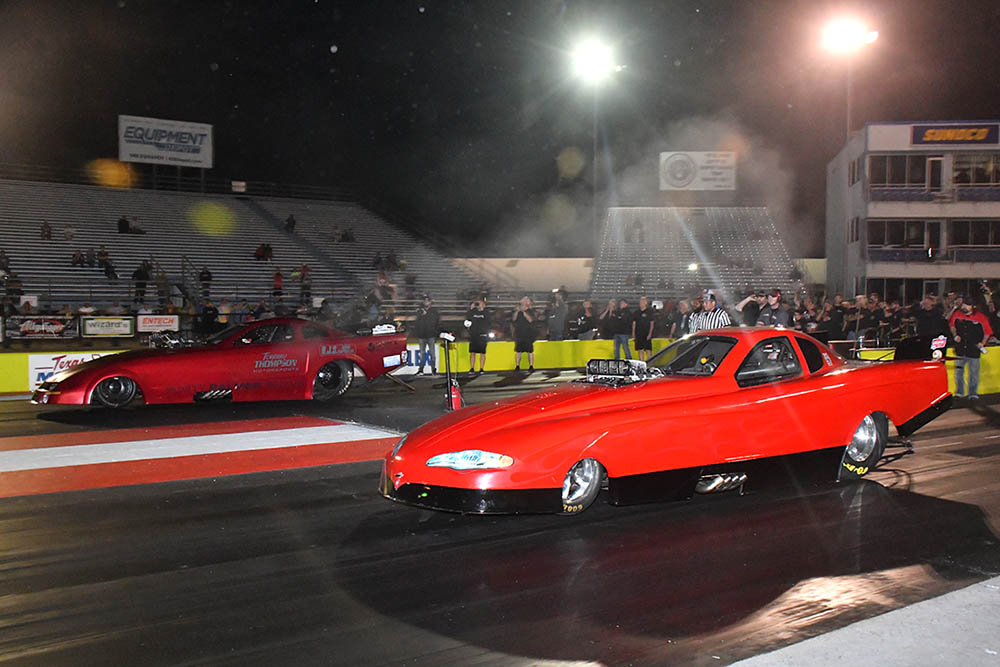 The quickest eight Funny Cars comprised the Rodak's Custom Coffee "A" Field and was paced by past NHRA Funny Car champion Del Worsham, who turned in a 3.210 elapsed time at 270.90 miles per hour.

While Worsham was dominant in qualifying and eliminations, Smith methodically worked his way through the field starting from the No. 6 position.

Smith scored a first-round victory over John Hale and then took out Worsham teammate Todd Simpson.

On paper, Worsham's first-round 3.207 and 3.196 made him the proverbial favorite against Smith's 3.631. However, when the tree flashed green, Worsham went up in smoke, and Smith drove his way to victory with a 3.614. 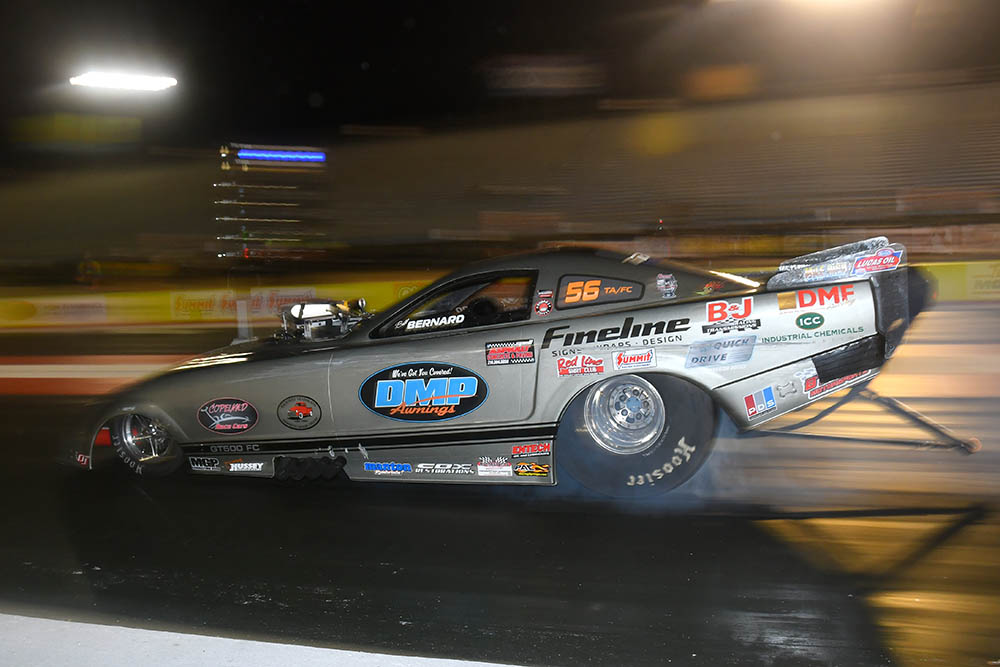 In the AlkyDigger.com "B" Field, Schneider came in as the No. 4 seeded entry and stopped Lyle Greenburg, Nick Poloson, and then NHRA Top Fuel racer Scott Palmer in the final round.

For his part, Palmer, driving a 2015 Mustang, scored wins over Mark Billington and Terry haddock to reach the final round.

Bernard was seeded second in the NAPA Auto Parts of Waxahachie/Best of Texas BBQ Sauce "C" Field and earned his way into the winner's circle by stopping Steve Timoszyk, Shayne Lawson, and Levi Keenan.

Closing out the Funny Car winners, Furches stopped Bob Alberty to close out the event.

While most of the Fuel Altered attention went to Richard Hartman, who broke ends of the unofficial quarter-mile Fuel Altered World Record, it was Morrow winning the eighth-mile Chicago Style eliminations taking out top qualifier Mary Reep in the final round. The next stop for the Funny Car Chaos series rolls west to Amarillo, Texas, on April 23-24, 2021. 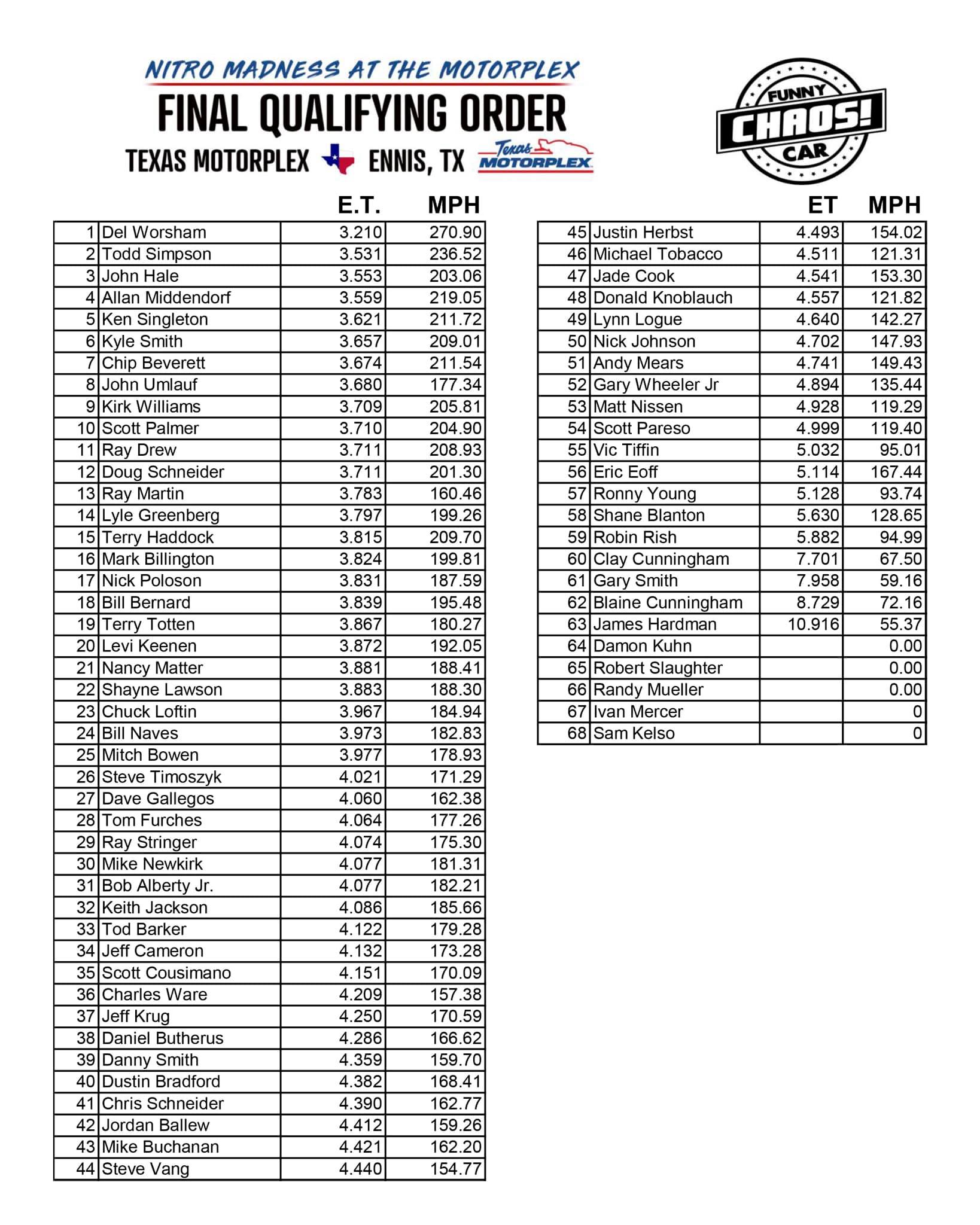 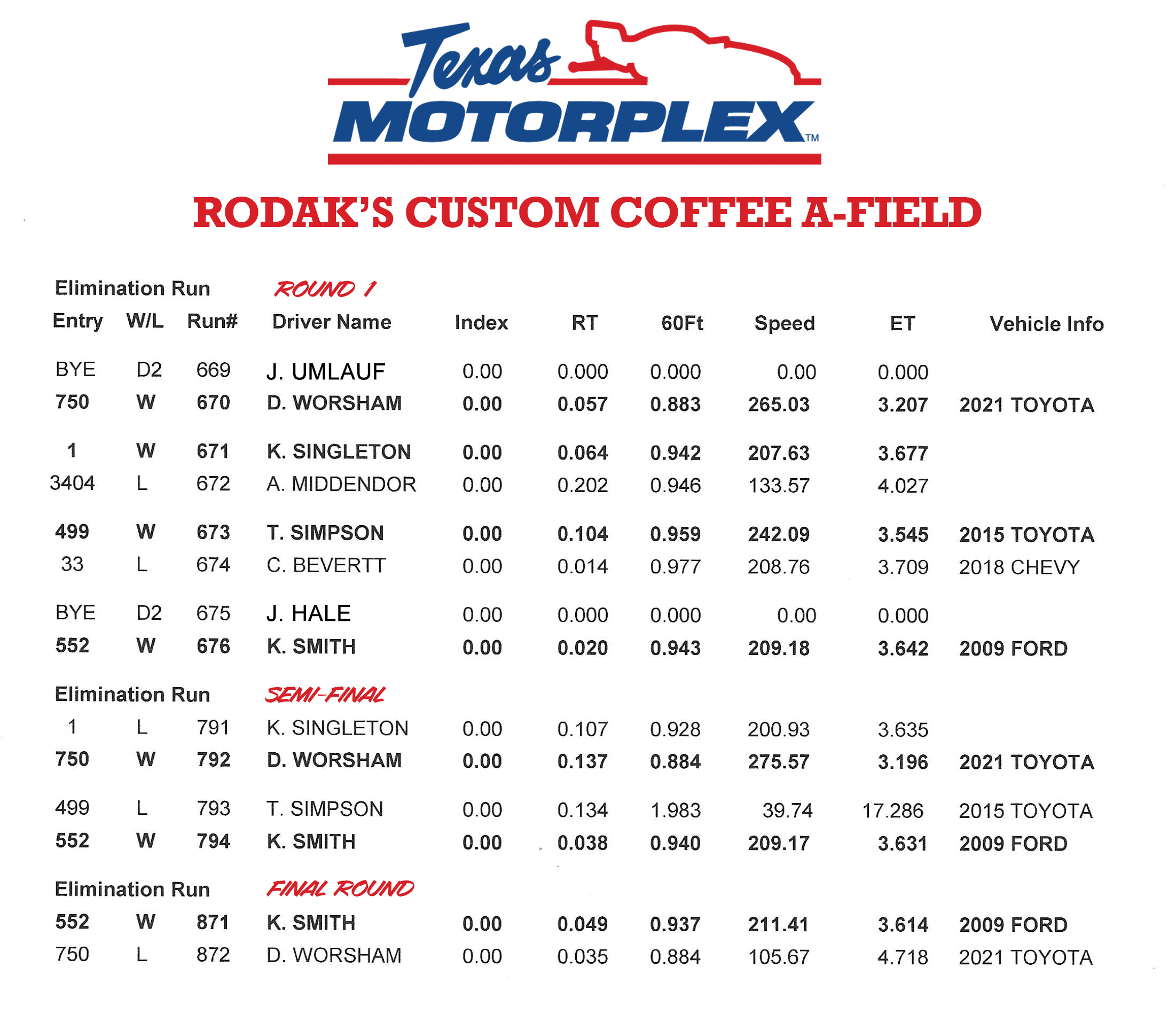 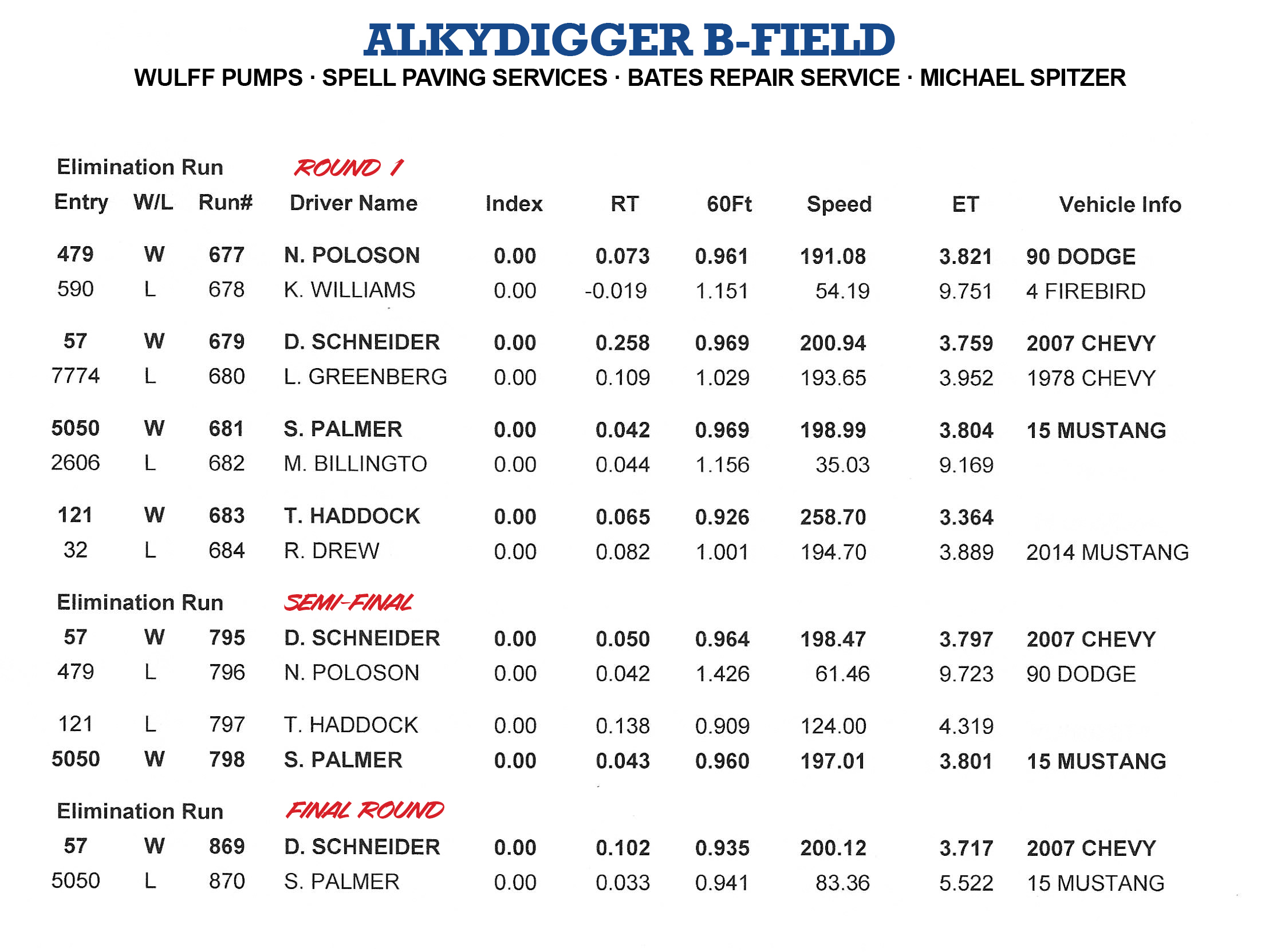 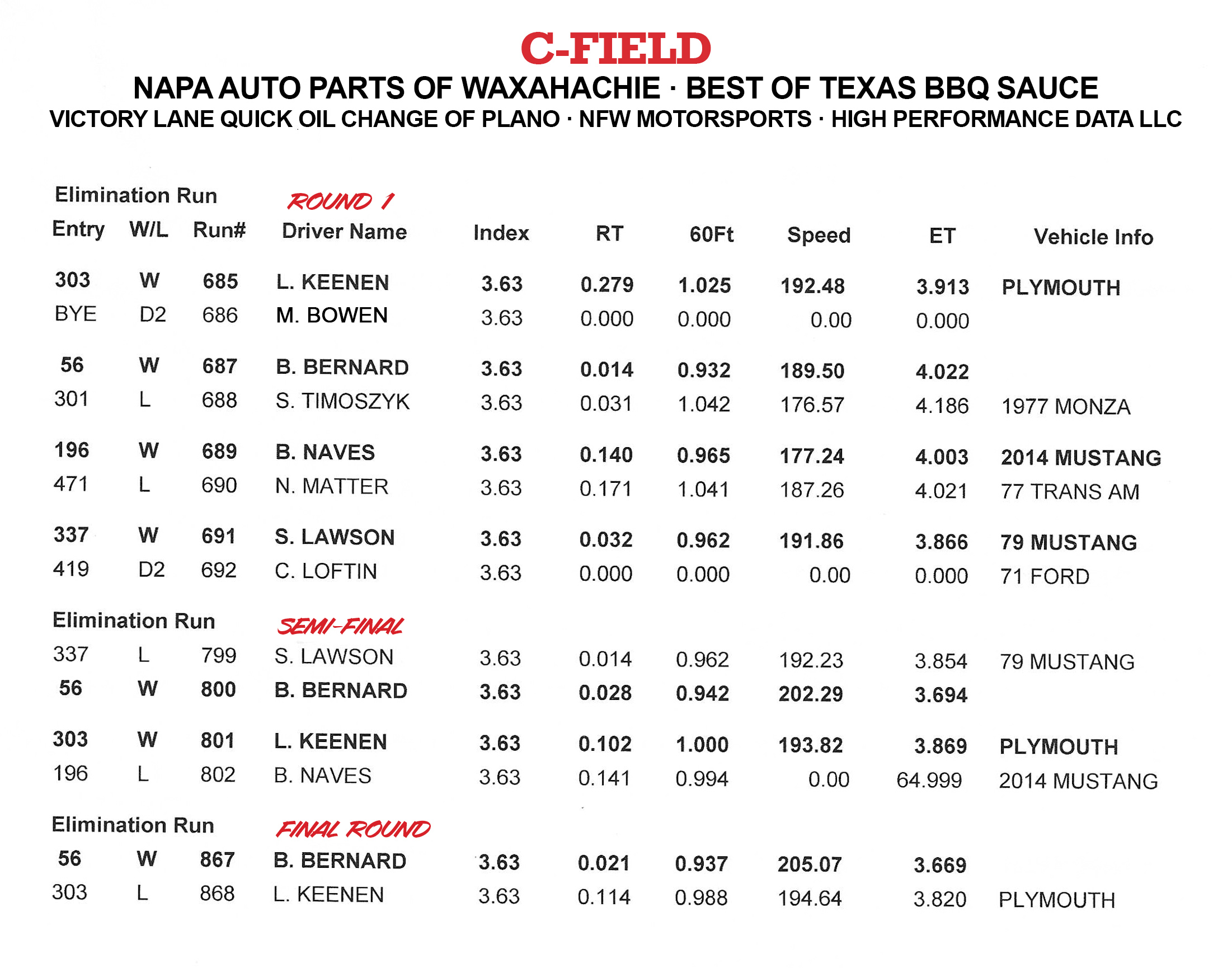 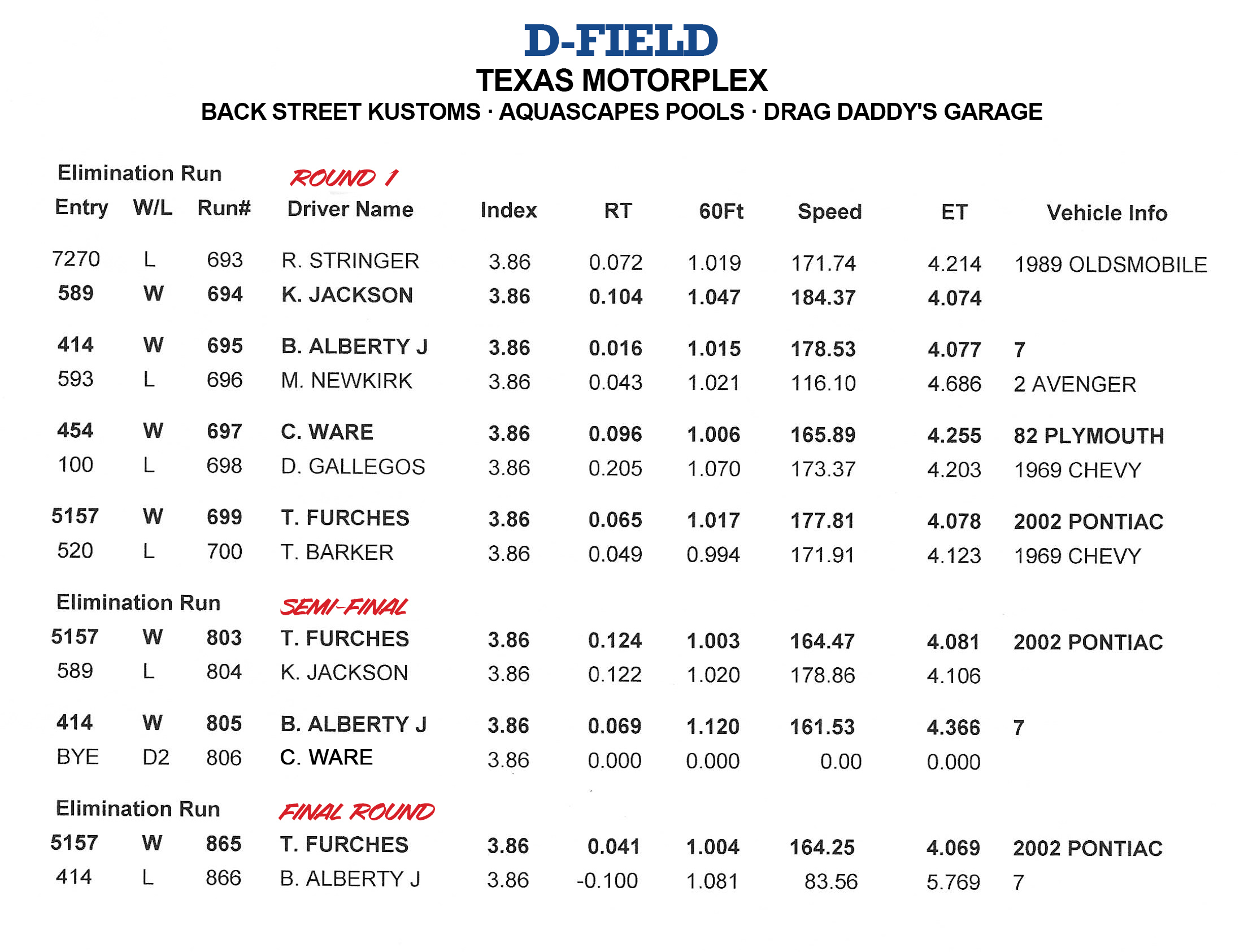 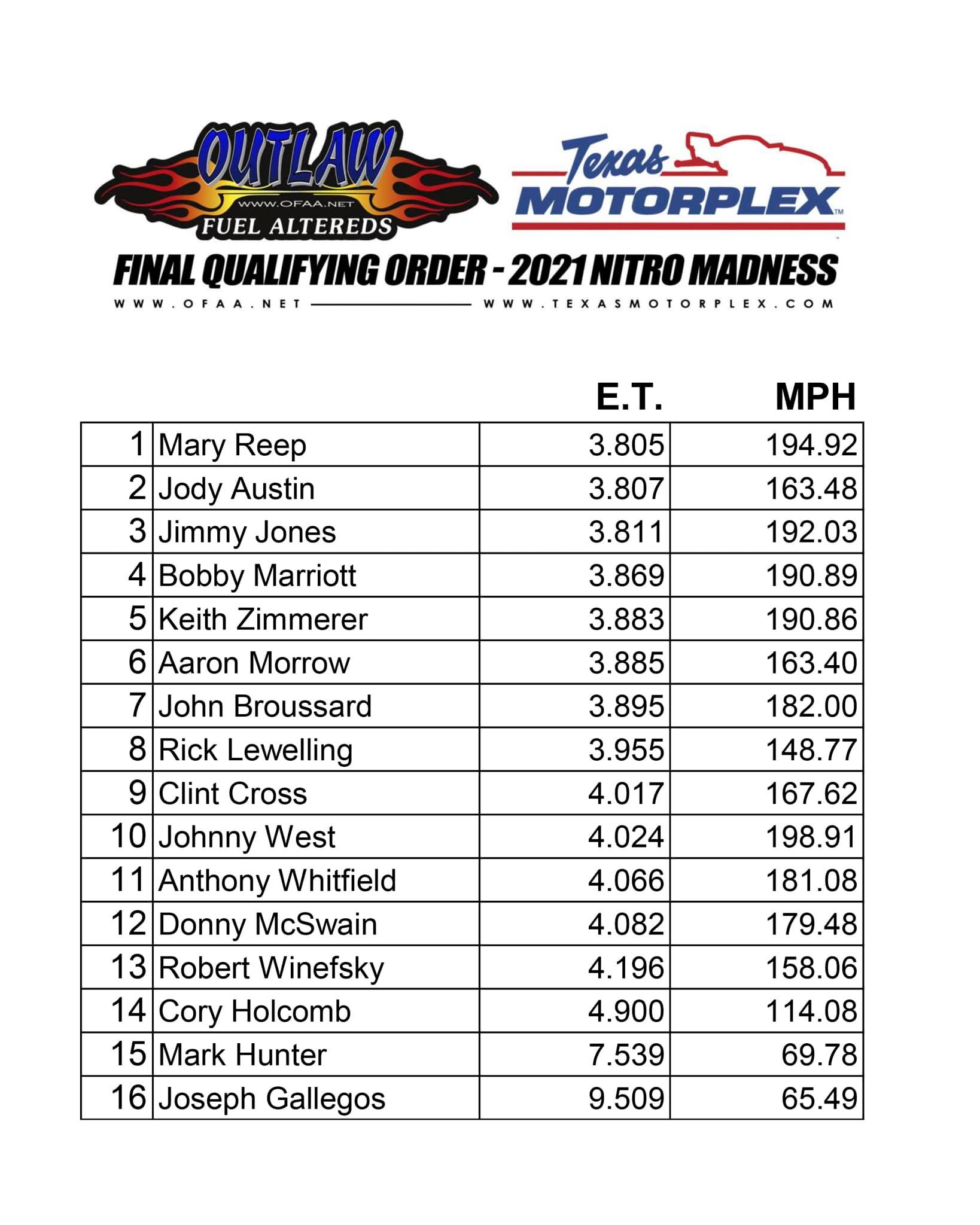 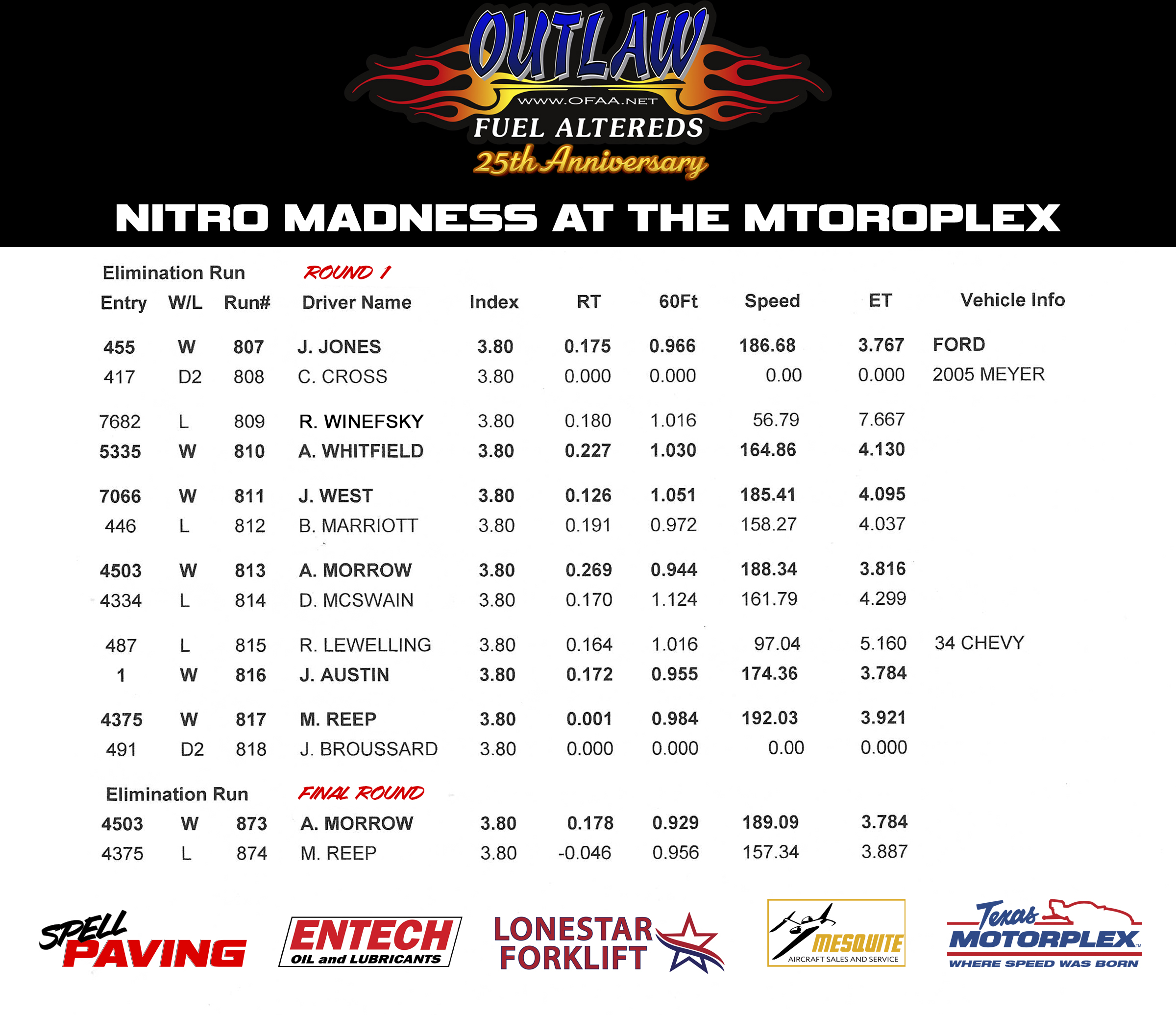