STEVE TORRENCE BACK ON TRACK, PACES FIELD FRIDAY AT CHARLOTTE 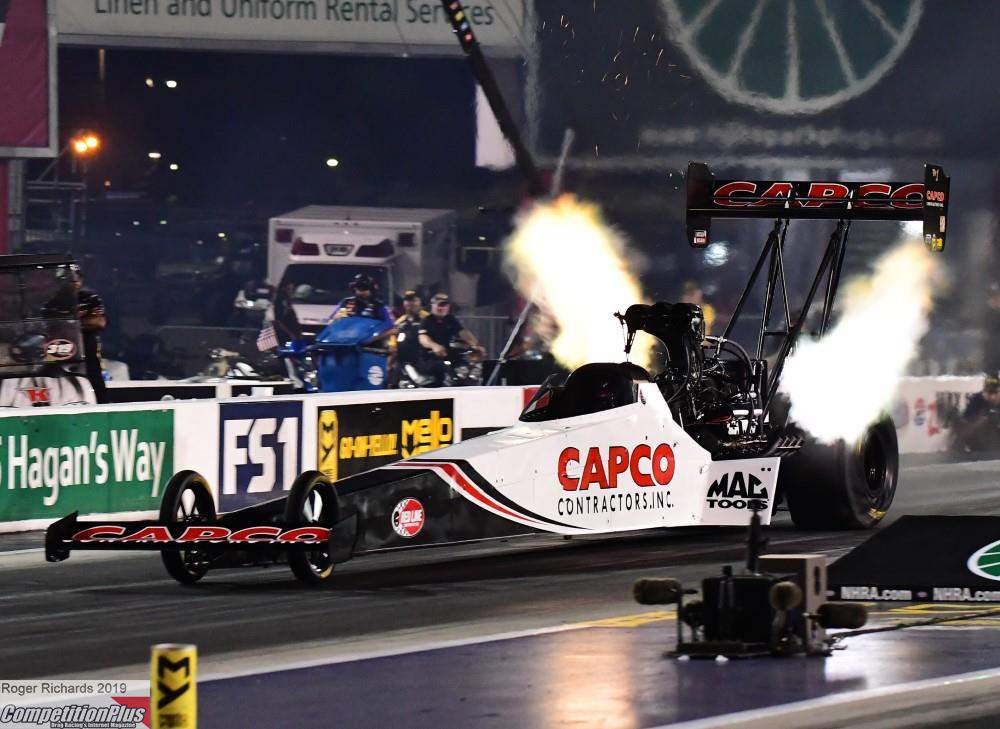 Torrence, who has won four of the last five races at the track located just outside of Charlotte, N.C. and three straight, was once again the class of the Top Fuel field as he raced to the provisional top spot Friday at the 12th annual NTK NHRA Carolina Nationals.

Torrence was quickest in both sessions on Friday to pick up a handful of valuable bonus points as he is currently locked in a slugfest with Doug Kalitta for the top spot in the NHRA Mello Yello Countdown to the Championship with three races remaining.

But Torrence was quick to point out that, despite a strong start to the weekend at zMAX Dragway, he is still not counting those points.

“It is way too early to worry about points right now. If you even remotely start looking at them you can allow it to get in your head and you don’t want that for this race or the next three,” said Torrence, who came into this race second in the Countdown standings, just two points behind Kalitta. “As a team and as a driver we do the best that we can to just concentrate on the task at hand. We needed to come out here and we needed to qualify well and we had two good runs today. Tomorrow we will work on our Sunday tuneup and try to be the best possible on Sunday.

“Ultimately, you need to go out and try to win all of them and let the points count themselves. No matter how much we worry about it, it is going to be whatever it is going to be. We just need to maintain our consistency.”

That consistency helped Torrence be quickest in each session on Friday, capped off with a chart-topping 3.711-second pass at 325.53 mph in the Capco Contractors dragster to lead the field into Saturday.

Notably absent from the top half of the charts on Friday were a number of strong teams as several drivers struggled with the tricky track.

“These conditions were very conducive to David Grubnic and Brittany (Force) going out there and rotating the earth. You don’t wish bad on anybody, but I was glad to see that we were able to go out and run really well,” Torrence said. “This is a great track, but it is tricky on the starting line compared to some of the places that we go. It gets going fast on its own, so if you have too much early you don’t have control of it later. Still, it was relatively surprising to see not that many cars go down.

“I know if you look at our run from Q1 it was safe. I knew that we had the car tuned up a lot more for this run, so I felt confident that if it stuck, we could go quicker than that.”

If Torrence’s time holds on Saturday, it will be his fourth No. 1 qualifier of the season and first since Denver in July. He is also seeking his first win since that same race as his span of six races without a win is currently his longest such streak since early 2017.

But after a stumble in Reading to start the Countdown to the Championship, Torrence says that he has his team back on track and focused beginning this weekend.

“We stumbled at Reading because we had a little bit of a lax attitude going in,” Torrence said. “We had been trying some things during the Western Swing and didn’t have the success that we wanted at Indy, so when we got to Reading maybe we had relaxed a little too much.

“We redirected our focus and everybody got back on the same page. We went back to the drawing board and got us back to what got us to that point. We just have to stay focused on going rounds, going laps, and getting every point possible. The rest will take care of itself.”