STEVE TORRENCE HITS ANOTHER OUT OF THE PARK, WINNING RICHMOND 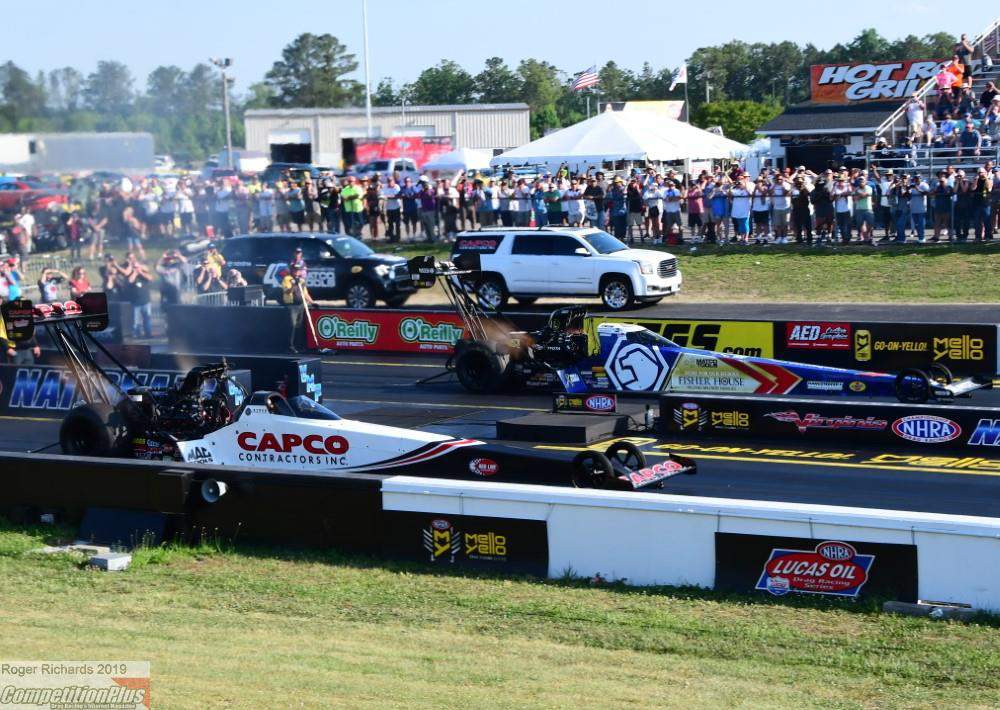 Steve Torrence brought up a baseball reference in talking about his recent winning streak, so let's do the same: Over the last 56 races, Torrence is batting .393. That'd be a cinch for the Hall of Fame in baseball, but that's other-wordly in NHRA drag racing. 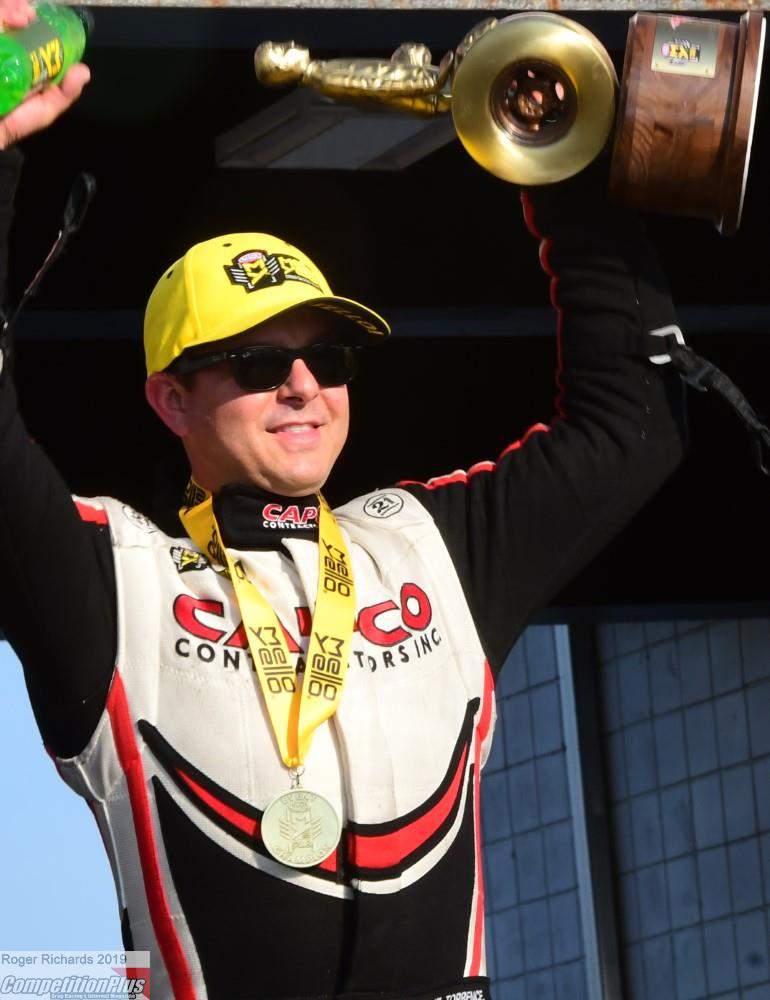 Torrence won the Virginia NHRA Nationals on Sunday at Virginia Motorsports Park, scoring his 22nd win in the last 56 Top Fuel races. The next best driver over that span has six victories.

"It's really humbling because this sport is in no way that lopsided," Torrence said. "We've just had a really, really good car and a great group of guys. There are times when I go out and do my job, and I've won some races on holeshots. But time and time again, those Capco boys … they don't make mistakes. They provide me with a race car that can win every round. When you have that, it's a confidence-booster, a confidence-builder, and it makes you go up there and drive the car. A great race car can make a mediocre driver look awesome. I would say that's where I'm at."

Torrence has won the last three Top Fuel races, following up victories at Charlotte and Atlanta. That means he's won nine of the last 13 races (a .692 clip), including sweeping the six Countdown to the Championship races in 2018.

"I don’t know if there's any one thing that you can attribute that to," Torrence said. "During the middle of the season is where (crew chief) Richard (Hogan) and Bobby (Lagana) really prevail. They have a great handle on subpar conditions. … It doesn’t the guy who hits home runs; it takes the guy who hits doubles and triples."

Torrence has hit plenty of home runs lately, as he's now up to 30 victories in his career, matching Matt Hines and Matt Hagan for 29th all-time.

"Well, I'm going to tell you for the 30th time, even a blind squirrel can find an acorn every now and then," Torrence said. "No, honestly, hats off to the whole Capco (team). They gave me the best race car of the day. We were the guys who went down the track four times in a row. All I had to do was not run over anything or anybody – and they gave me the best car ever."

Torrence beat Todd Paton in the first round and Scott Palmer in the second round before facing his dad in the semifinals.

Billy Torrence left first on his son (.070-second RT to .084) but hazed the tires at half-track and watched Steve go by.

"I was glad to get around him," Torrence said. "I've got to go home and go to work with him tomorrow, and I've got to look at all those guys in the office, and I'm glad I can say I kicked his butt and he didn't kick mine."

That put Steve Torrence in the final against his good friend, Antron Brown, a driver who held a 29-9 record over him in previous races. But Torrence had a slight advantage on the starting line and made a pass of 3.881 seconds at 319.82 mph to edge Brown's 3.899 at 309.49 mph.

What had been an 0-for-5 final round deficit for Torrence against Brown is now even at 5-5.

"Man, I tell you, that guy has kicked my butt over and over and over," Torrence said. "I don’t know if I'm making any progress on him, because I think it was 32-2. I don't know what the numbers are. … AB, in my opinion, is the best. He's proven it time and time again that when the pressure's on, he's the best driver out here.

"To say that we're neck and neck, I'm honored and proud to say that because he's the baddest guy on the block right now."

One could say that about Mike Trout now – make that, Steve Torrence.