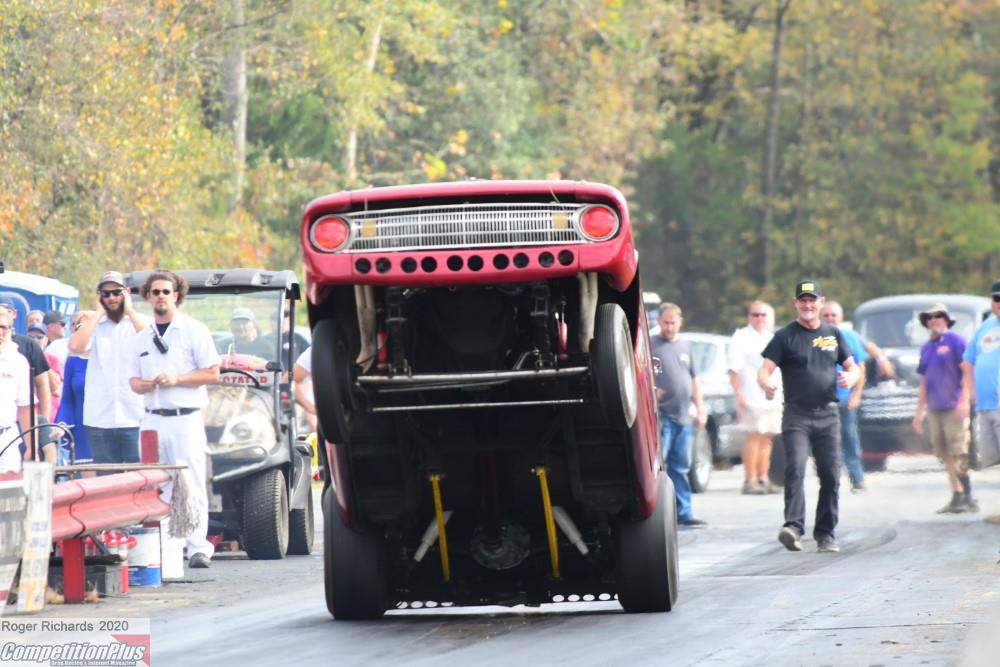 Southeast Gassers founder Quain Stott, and his group of the strictest period-correct race cars of the 1967 era, were ready for a breakout season back in February. Then a month later, his scheduled season-opener in Alabama was postponed until April. 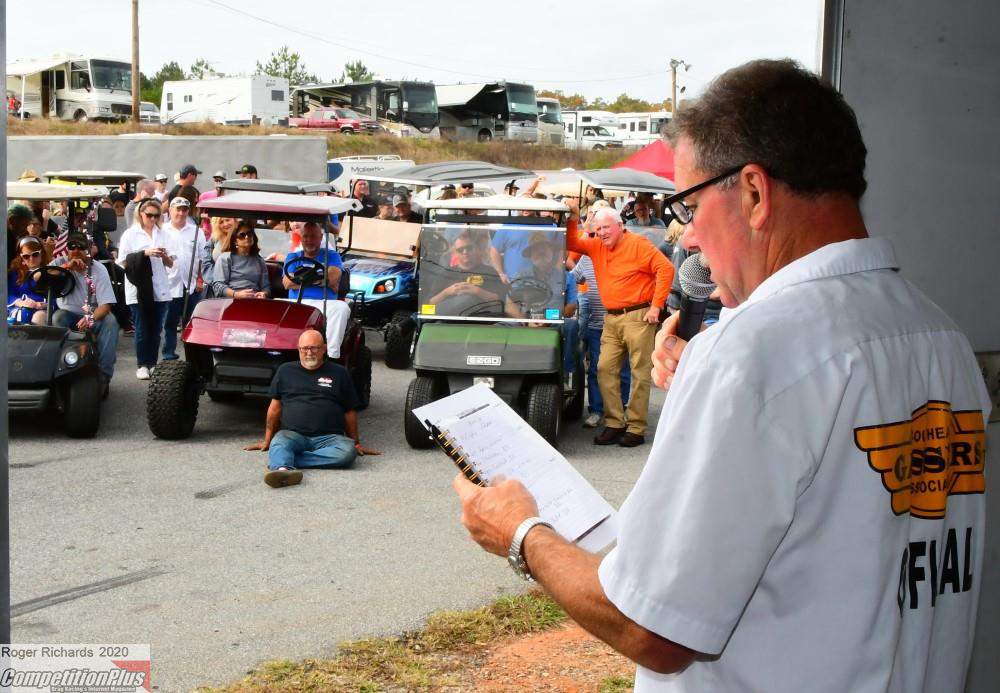 A third event, scheduled for May 9, was also postponed leaving Stott dismayed about the future of his gearhead, niche series.

Last season was a struggle at times with weather affecting six of eleven races. But, weather issues aside, the season was not a total loss.

"I didn't have to put any money in last year, but I didn't really make any," Stott revealed. "The eight years prior to all this, I've had to put money in throughout the year, and a lot of money, not just a little bit, a lot. And last year, it looked like, okay, this is going to be our breakout year, it's going to actually show a profit. The bad weather ate up any profit that it was going to show."

Once the Southeast Gassers got to race, Stott's breakout vision happened.

"It has overly made up for any of the bad the first of the year," Stott explained. "The last three out of four events have set fan attendance records. And so yeah, I never expected it, but it now has turned out to be the best year ever."

The season opened on June 6, at picturesque London Dragway in central Kentucky, and established early on drag racing fans wanted to go to the strip. Just weeks earlier, Stott and the Southeast Gassers Association considered throwing in the towel for what seemed to be a doomed year. 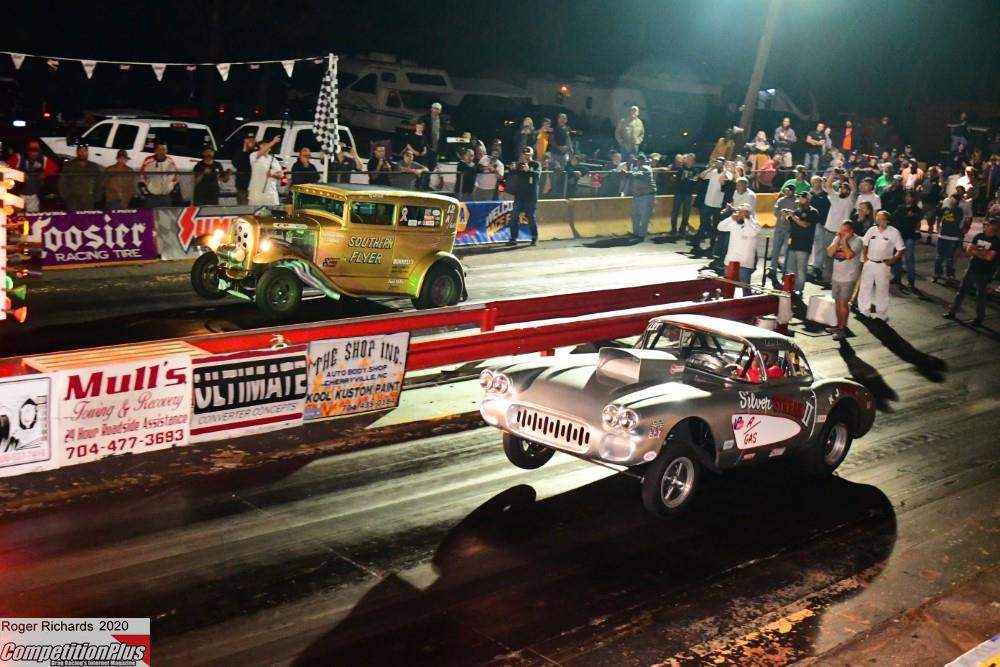 "We actually started to shut down and not even race this year because I could see where it was going, but I said, 'You know what? We're going to try just to survive it.

"I really didn't have any more money to put in this deal. If it hadn't have done something, though, I was going to be in trouble."

The cold, hard reality, as Stott believed, was that the popular and strictest period-correct series in the sport was on the verge of being a thing of the past, literally.

"So then last year, it would have made good money; wouldn't have paid me back my $250,000. A good businessman, you don't figure profit. You don't show a profit until the initial investment is paid back. But just for the fiscal year, 2019 was going to be a good year; then weather hit us. Then 2020, we're thinking, 'Oh, 2020 is going to rock out, because new cars are being built, new tracks, it was starting to show a good profit, locations. And then, the doggone virus hit."

"We went on and tried it anyway; if it had lost money, I would have had to close the doors without a doubt. It would've been done. Somehow or another, I seem to survive these bad storms."

Stott has dedicated his total effort into running the series after selling his popular 1941 Willys Gasser some years back. He loved being a drag racer, but the message of the series is more important.

"I miss it more so now than I did when I first quit," Stott said. "I don't miss Pro Mod, but I do miss the competition. What's replacing the competition is the fight to make this Gasser thing work. I've always loved a challenge. In my 45 years of racing, the challenge was winning the race or making the car do good. My challenge is to make the Southeast Gassers be the top nostalgia group in the world. And that's my goal, and so that's keeping me occupied and keeping the challenge alive, but I still miss the thrill of driving a race car." 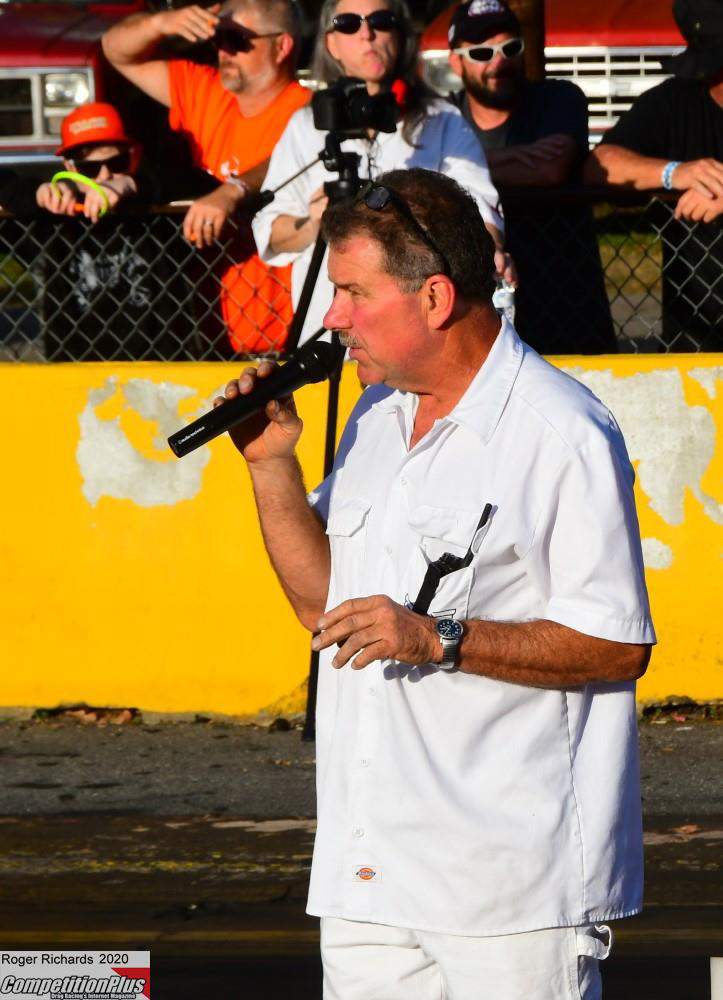 When one promotes a series focused on an era 53 years ago, and remains the same every season. The challenge is keeping the same storyline exciting year after year.

"I have to make sure it stays competitive because we're selling the competition, and that's what's making it survive. We have people that come to see the old Gassers, but more so, we have people coming to watch a drag race, a real true drag race that's competitive.

The idea of history repeating itself has real meaning for Stott. His show takes race fans back to 1967, an era riddled with hot-topic social issues, much like today here in the United States.

"We had issues in the '60s; that's when the hippies were spitting on our soldiers coming back from Vietnam and that sort of thing," Stott said. "We're seeing our servicemen looked down upon. We got people kneeling for the National Anthem. That history is coming back and the same as we're trying to bring back to the drag racing history. And we got the same kind of racing they were having in that era, or we're trying our best to do that, save the era.

"That was a time when everything wasn't always easy here in the United States. The Vietnam war, everything. And then, here we are, we're fighting some of the same battles. And the one thing, the one common ground that we as American citizens had that we could draw from, was the uniting power of drag racing."

"It sure brought a lot of people together then, just like it's doing now."

And as Stott sees it, that's something neither weather nor a pandemic can stop.