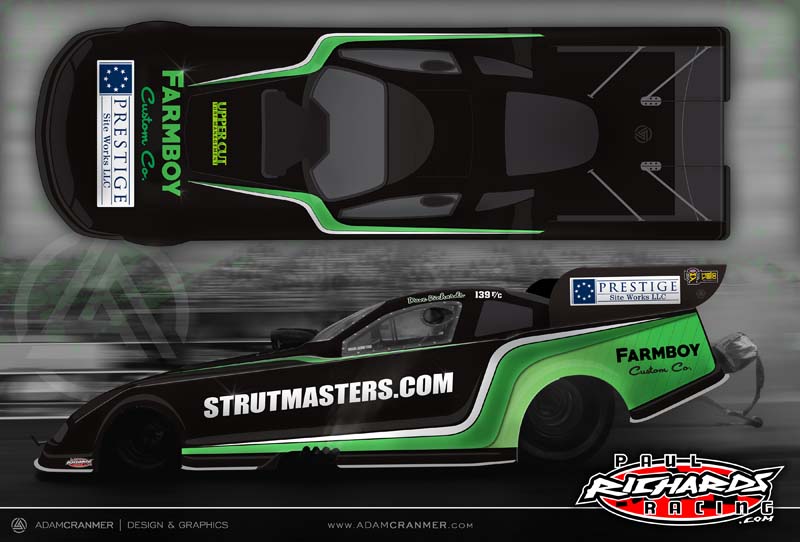 “Companies like Prestige Site Works, Upper Cut Turf Management, and FarmBoy Custom Co. are the reason I’m able to race,” Richards said. “I’m really grateful for their continued support and adding Strutmasters.com to the line-up is the extra boost we needed. We haven’t been at a race since Atlanta but that time off has allowed us to devote a good amount of time looking over things and I think we fixed some of our issues.”

“Knowing we’re going to be back out there competing with the best of the best in the NHRA is exciting and our whole team is ready to get to zMAX [Dragway],” he added. “Hopefully after this race, we’ll have some good news to share about our 2020 season in the class.”

Jack Beckman is very much in the hunt for the 2019 NHRA Funny Car championship. - https://t.co/4wcinJdOl9 pic.twitter.com/ZbAIwff08J