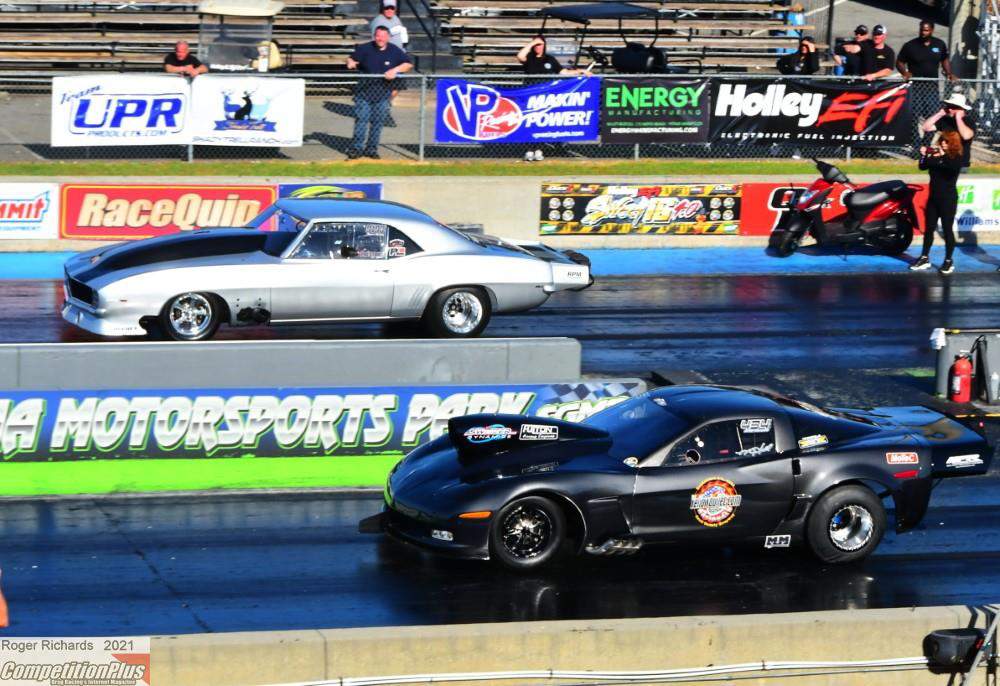 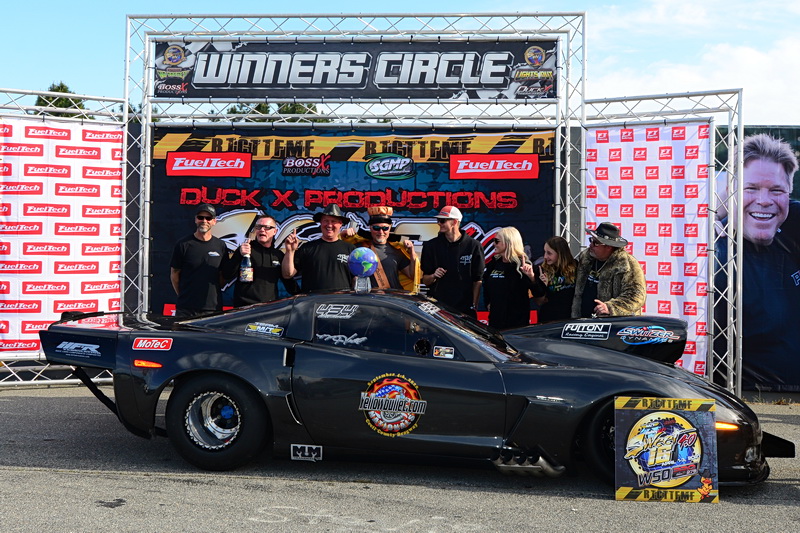 After winning Lights Out earlier this year, Mo Hall and his Fulton Racing Engines-powered '07 Corvette certainly had to be considered among the favorites heading into Sweet 16. The Laytonsville, MD-based pair certainly lived up to the billing with a third-place start and first-place finish Apr. 3, at South Georgia Motorsports Park.

In round one of racing, Hall overcame a .014 holeshot by James Miron to advance with a 3.77, then moved on from round two with a 3.78 while Tony Aneian redlighted away his chances. His semi-final match against Ron Green was a traction-challenged affair, but also was over at the start as Green left too early while Hall pedaled his way to a 6.78-seconds run at 151.73 mph.

On the opposite side of the ladder, Adam Preston and his Procharger-boosted '69 Camaro survived from a 12th-place start to get by Brian Anderson and Eric Dillard with a pair of 3.78 runs, then also survived a fight for traction against top qualifier Ayers, winning with a 5.75 at 182.90 in arguably the biggest upset of the day.

Afterwards, Hall gave all the credit for his second win at SGMP this year to his crew.

"I can't say enough about them. We have Eric Davis here, borrowed him from Jimmy and Cathy Halsey, and Joel Garrison, who's been working with me with me for a couple of years, and Alex Hayes, who's a young guy coming up, just learning this stuff," Hall said.

"And of course we have Brandon Switzer doing our nitrous tune-up. For the final it did exactly what Brandon told me to expect. Hold on, shut up, and don't red light! That guy, if you have a nitrous combination and you don't have his stuff on your car, you literally are just racing to be second. He's just a bad man."