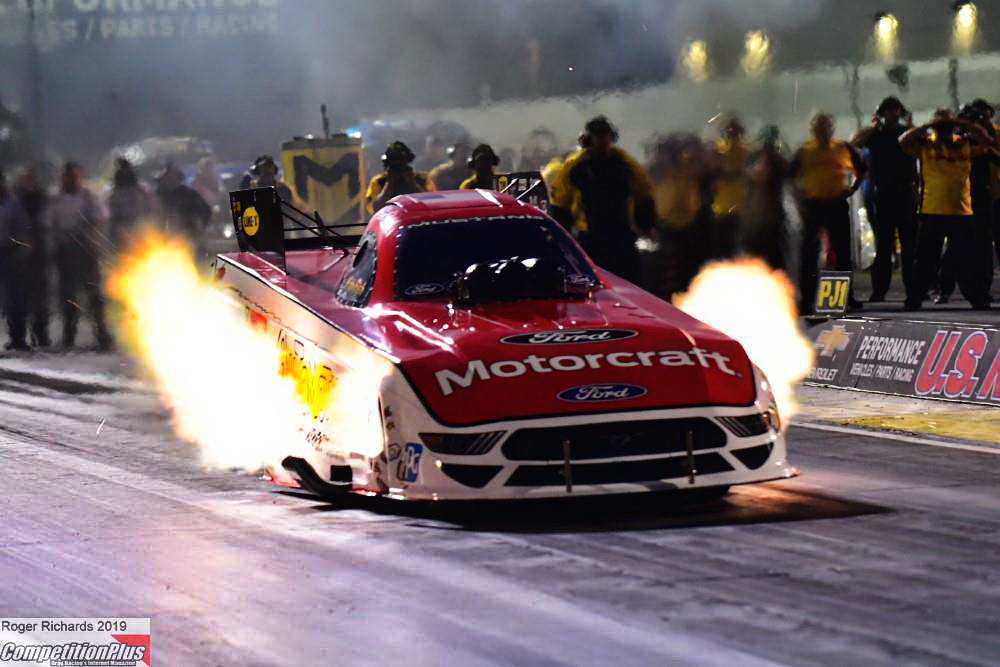 Can Bob Tasca run with any car in the Funny Car field?

He certainly isn’t shy letting you know what he thinks about that question.

“I know I can,” a confident Tasca said. “The nice thing is people can say it, well we actually do it. We can run with anyone out here on any given Sunday.”

So why the extra boost of confidence?

Well, one year ago at Lucas Oil Raceway, Tasca was stuck in a rut. He was 11th in the championship standings, all but eliminated from the postseason, with a team that was strong, but not yet winning.

Fast forward one year later and Tasca may very well be the hottest driver in the field.

This time around, Tasca is perhaps the most consistent car in the pit area. He has won a round at eight-straight races on the NHRA Mello Yello Drag Racing Series tour. He has two wins - his first wins since 2012 - and is solidly locked into the Countdown to the Championship.

He is also enjoying the tuning prowess of former John Force Racing-play-caller Jon Schaffer, who joined the team in May after recent stints with Force and Top Fuel-rookie Austin Prock, and Mike Neff. 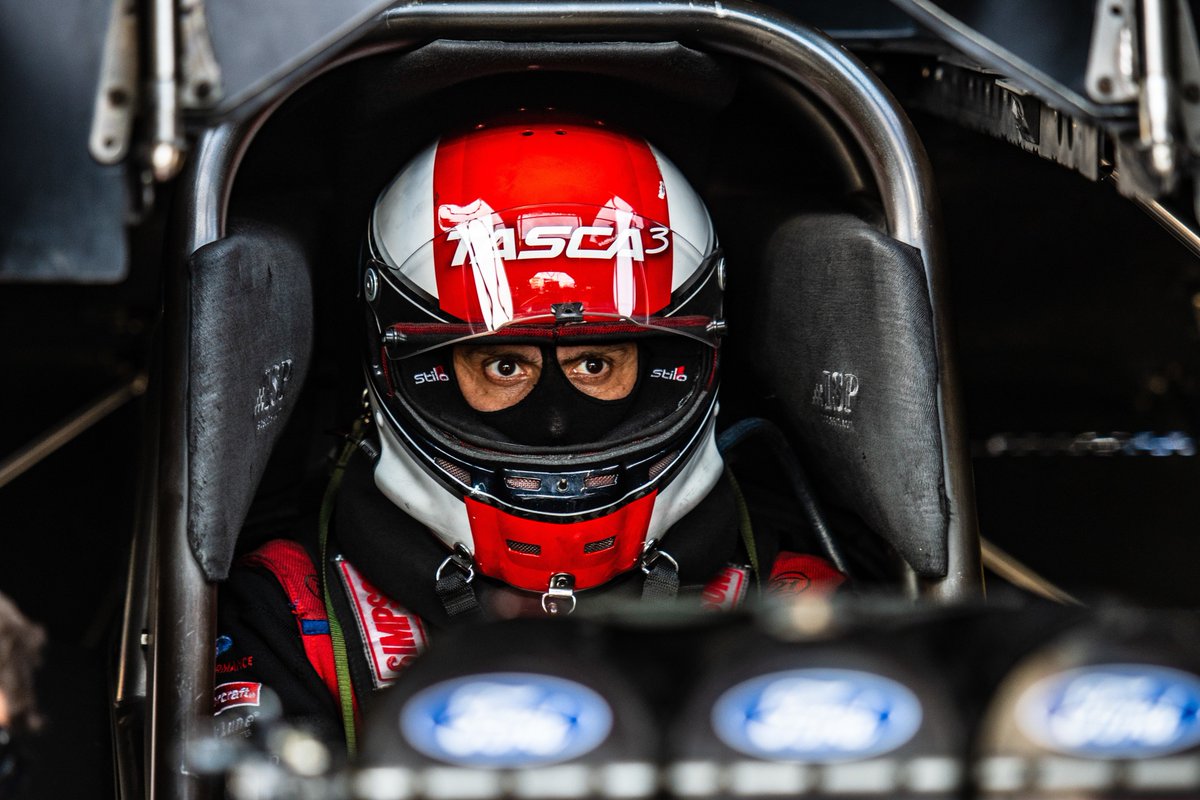 Now Tasca is ready to take that performance and step it up a notch this weekend, setting the bar for what he hopes is a run to the championship come November.

“What a difference a year makes. A year and the people around me. At the end of the day I’ve seen a lot of people catch lightning in a bottle and, for whatever reason, they get the right group of guys, the right chemistry, and they just start winning,’ Tasca said. “I’ve worked a long time, a lot of years to get to where I am right now. We made that trade with Force and got Shaffer, then Zippy (Neff) came over, and it is like these guys have worked together for 10 years. It is crazy. There is a great vibe, a great level of confidence. And the car is running lights out. We did some testing over the past week and now it is race mode. This is championship mode.

And that consistency starts in qualifying.

And in this sport, round wins are king.

In the first half of the year, Tasca struggled to do just that and found himself on the Countdown bubble by the midway point of the year. But in Topeka the team seemed to find their groove and the team hasn’t lost in the opening round since.

“It is all about going rounds. And it starts in qualifying,” Tasca said. “That is something Mike Neff and Schaffer brought over. We want to be one of those cars that goes down (the track) four out of four times. We’ll take our shots at the pole, but we are really focused on going down the race track. The more you go down the race track, the more you learn and the more data you have.

“We’ve got a good briefcase of data right now. We’ve got hot track, cool track. We’ve got 330 mph runs and 3.80 runs. So we’ve got what we need at this point in the season to throw our name in the hat for a championship run.

“When you go back to Richmond we were struggling just to stay in the top 10. This team is in a different zip code right now. I am excited for the guys. Thrilled to have Schaffer and Neff part of the team. I’m excited. I haven’t run for a championship in quite a few years. I am looking forward to it.”

Thanks to that success on the track, Tasca has a renewed sense of confidence behind the wheel.

He will readily admit that his return to the sport was marred with question marks and self-doubt, but this year has lit a fire inside that he hopes can propel him to an NHRA title.

“As a driver, you just drive better. Sometimes when the car isn’t running good you are trying to fix it and that comes with a lot of pressure. And unfortunately, you can’t fix it sitting in the seat,” Tasca said. “But when you get in a car like we have, it gives you confidence. I’ve never driven better in my whole career. Car control, reaction time, all of the above, and that is what it takes to win a championship

“The driver has to have confidence. The crew has to have confidence. And the crew chief has to make it happen. I’ve always said it is 95 percent team and 5 percent driver. The guys have to bolt the car together and the crew chief has to make the right call. If all that happens you’ve got a chance. It doesn’t mean you are going to win, but you’ve got a chance.

“And I am excited to be in the position that we are in and I’m going to try and seize the opportunity.”