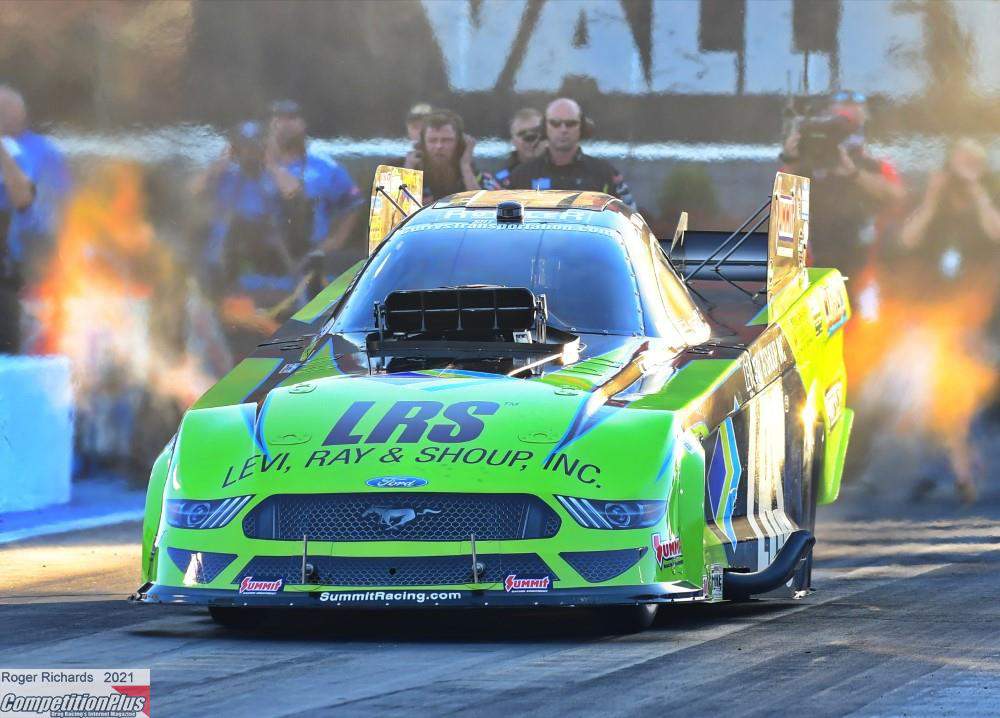 Veteran nitro Funny Car driver Tim Wilkerson has been on a solid run the last couple of months, highlighted by his win at the U.S. Nationals over Labor Day weekend at Indianapolis.

Wilkerson clocked a 3.965-second elapsed time at 295.27 mph to climb to the top of the qualifying ladder.

“The thing got out there and bounced around a little bit and it dropped two holes and I shut it off way early,” Wilkerson said. “I left a lot on the table. I didn’t drive it to the end. We are pretty happy with that really. It hit the first set of oopies and got the front end in the air about a foot and carried it about 200 feet. It was really cool to sit inside of it and do.”

Wilkerson entered this weekend’s event eighth in the point standings and he’s excited to be back at Bristol, a race that didn’t happen last year because of COVID-19 restrictions.

“We were driving here, and my wife said, ‘You know this place owes us a win.’” Wilkerson said. “I think I have been in the finals here a couple of times. The safety switch malfunctioned on it when I was racing Force, I don’t remember when it was, and he didn’t hardly go down the track. We were really irritated with that loss. Hopefully we can do some good here. I guess we have some weather challenges coming Saturday and hopefully we can get some more runs in.”

With Mother Nature casting a shadow over Saturday, Wilkerson still thought he could have done better in Q1.

“I spent a lot of time staring at my computer a while ago and I still missed it,” Wilkerson said. “I told my wife that I was in there looking at it and I was mad at myself, and she told me I was never happy, you’re No. 1. I told her that thing should have never dropped a hole down there, so I missed the fuel curve and that really ticks me off, if you want to know the truth. The thing should have gone 93 at 320 or so and it didn’t do it, it went 283 (mph) at halftrack. It was trucking, but anyway, I’m not crying for being No. 1.

“The track is really good, and it has a lot of teeth. It is trying to figure out how to maneuver it in the trouble spots. Mine was really stuck early. It had a lot more I could have done to it, but I don’t know really what you can get away with. Richard (Hartman) and I talked about it, and I told him I’m going to try and hit it really hard and then hit it really hard again and that’s what we did, and we were lucky enough it stuck.”