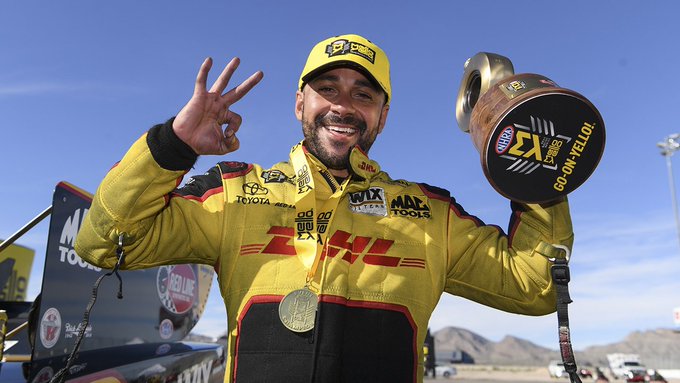 Last year, J.R. Todd and the DHL team credited the traditional pre-Indianapolis test at Lucas Oil Raceway as a significant factor in the team’s run for a championship. Likewise, the test session contributed to back-to-back U.S. Nationals victories.

The team still plans to make a run at a third Chevrolet Performance NHRA U.S. Nationals title, but will do so without the test session.

“As of now, we’re not planning on testing there,” Todd said. “Usually that’s been our key. It’s what picked up our momentum there, but honestly, last year I feel like here in Brainerd is where we turned the corner. The results didn’t show it, but we made some changes in Seattle last year on race day and then that carried over to Brainerd here. We went to the semis and we barely got beat in the semis from what I remember.

“I should have gone to the final. So I feel like our momentum kind of started here and I’m hoping history repeats itself and we get going here again because we ran really well in Seattle just stumbled there second round on race day, but I feel like we’re going in the right direction.”

Todd was tenth quickest in qualifying in Brainerd with a 3.963  elapsed time at 321.27 miles per hour.  He said in tests past, it was never whole gains which contributed to the success but several moderate adjustments which sent the team in a winning direction.

“We didn’t make a big change at any test,” Todd explained. “That change came before that and we just kind of fine-tuned it there at the test session. It’s always nice to test at Indy just because you’re going to race there the next week, but is it that important? No. Basically, you’re just testing things that you wouldn’t try during a race weekend..”

In other words, Todd’s credit of the pre-Indy test is the equivalent of the Dale Armstrong's terrible towel approach in the 1980s when the crew chief for Kenny Bernstein used the equivalent of a hotel towel covering up a part to divert attention from where the team had real speed secrets. 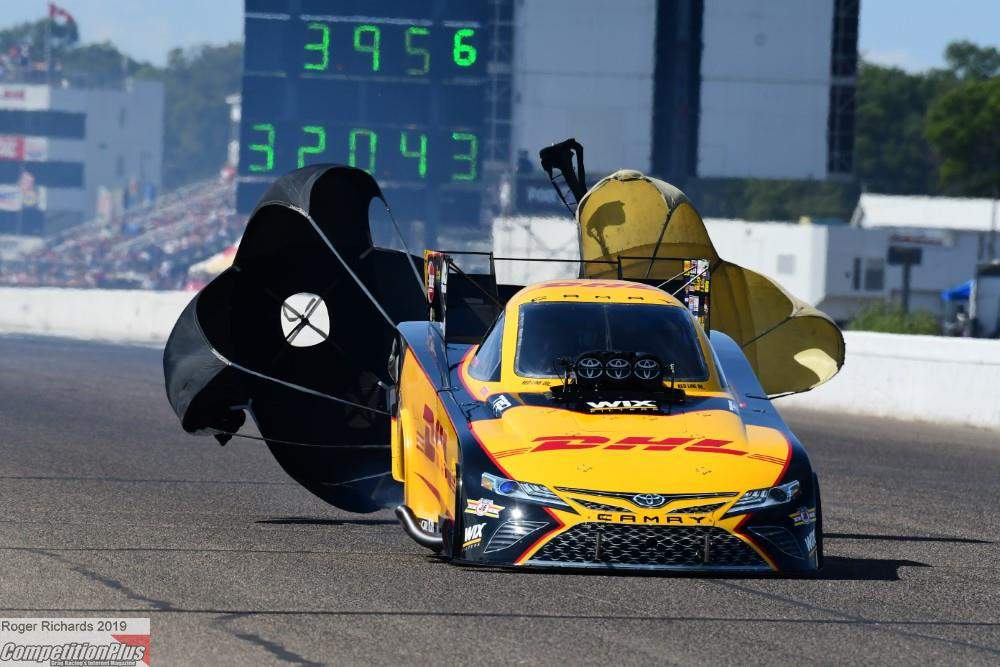 “I guess it’s been good karma in the past, but I’ve run the Indy test so many years and not won Indy so I’m not saying that’s the magic key to winning Indy,” Todd said. “It’s just that Todd and John have a good handle on this thing at the right time of year. You go back on those notes and realize what you did and just do what you know how to do and I don’t change the way I drive at Indy or any race.

“I try to treat them all the same. But we all know Indy holds a special meaning. Everybody seems like they’re tensed up, no one’s talking to one another as far as teams go. You can tell that it’s Indy. And I feel like we’ll be ready to rip when we get there.”

“Every track is unique and when the weather conditions are right, they’re all fast and this place shows that,” Todd said. “You would think places like here and Topeka that with the weather conditions they go through throughout the year, that the tracks wouldn't be that good, but they’re probably two of the best surfaces that we run on.

“It’s just a matter of getting the right conditions to run on. We’re not going to see those crazy conditions that we had that year everybody was setting records but tonight we should be able to throw down here pretty good, I think.”