TOMMY JOHNSON JR: IT'S BEEN A HECK OF A RIDE, WHATEVER HAPPENS AFTER THIS 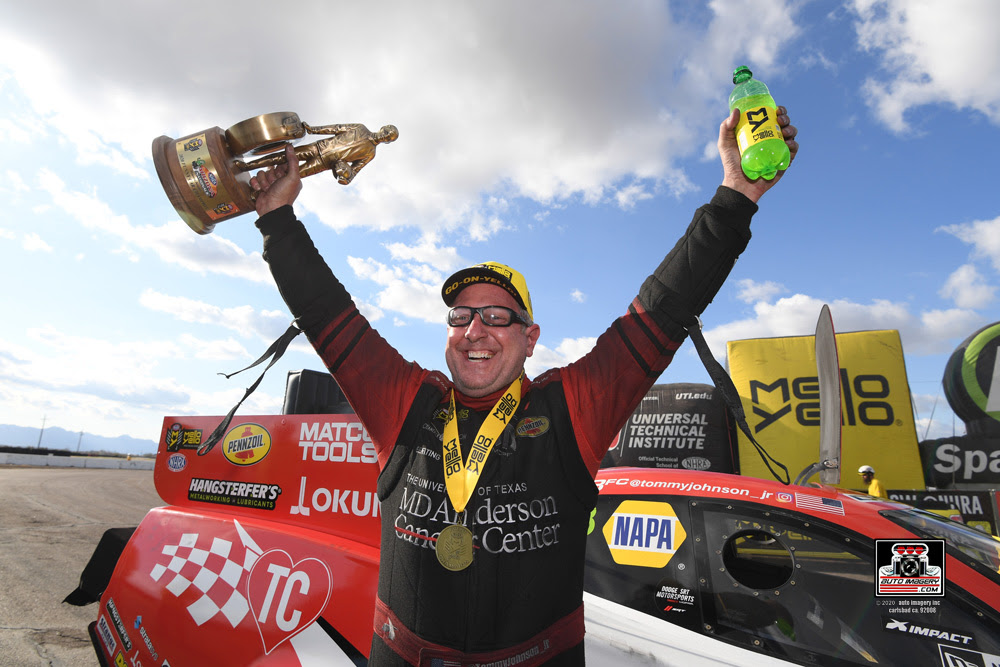 Tommy Johnson Jr. is uncertain if he wants to be through driving a nitro car at the end of the season. However, if his options dry up for 2021, it's been a great career.

The racing world learned on Wednesday afternoon that Johnson's stint of driving one of two charity-themed fuel Funny Cars for the Chandler Family under the Don Schumacher Racing umbrella ends at the end of the pandemic-spoiled 2020 season.

Johnson understood from the day he accepted the driving gig initially with the Make a Wish-themed Funny Car and later M.D. Anderson Cancer Center tribute, the program had a shelf life.

"Nothing lasts forever, but you have in the back of your mind that someday this program will probably end," Johnson said Wednesday afternoon, a little over an hour following the announcement. "It never makes it fun. It's not the first time I've been on the end of a sponsorship going away, but at the same time, it's been a great seven years with this program."

"Realistically, I thought she'd run the deal for a few years and then probably move on," Johnson admitted. "To see it go this long has been a tribute to what kind of character Terry and Doug both have, and what good they like to do. It's just remarkable that you have somebody that sponsors a race team and then puts something on it that brings no money to the theme.

"It's been one of the most unique sponsorships on all of racing, and to have that be a part of it, it's been really interesting and really neat. It's more of a personal level, but definitely on a personal level because the lives that we've been able to touch throughout the years. And then just being like almost family to her. I mean, Terry was almost like a second mom to me." 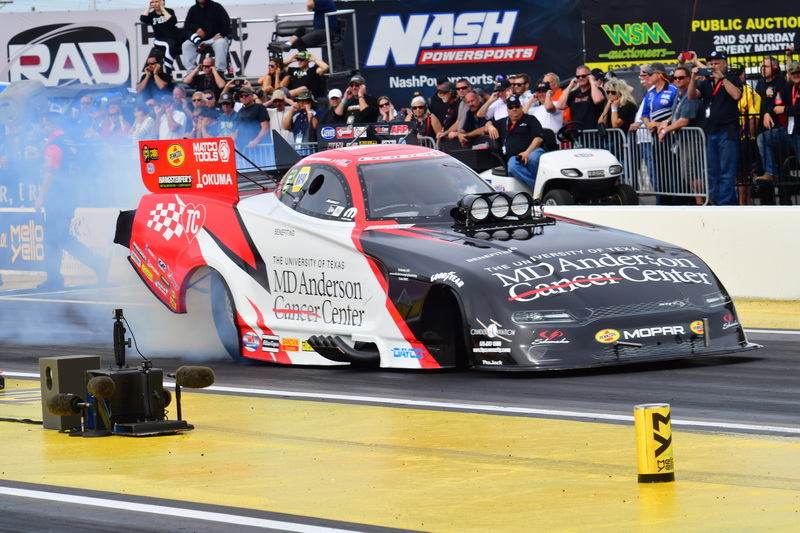 Right now Johnson, 52, admits wholeheartedly, he's at a crossroads in his career.

"I don't know that I'm done yet," Johnson said. "I actually feel like I'm probably driving the best that I've driven in my entire career here lately. And it's a shame that you get to this point in your career, and you finally hone your skills to the point where you're at the top level, and you'd hate to see it end now. And I especially hate to see this being my last season on tour with this 2020 year we've had.

"I would have much rather, if it's going to be the last season, I'd rather do it on a full season. So, you have to wait and see what happens. I know Don's working on some stuff to try to keep these programs going, and hopefully something comes about."

While Johnson has watched as teammate Antron Brown has ventured into team ownership, he unequivocally has said such a move is not in the cards for him.

"I think that day's come and past. I mean, it's certainly if the right opportunity came along, it would be something that you'd look at. But for me, I mean, that might've been something I would have done 10 or 15 years ago, but I don't know. And now as hard as the economic times are, I don't know if that's where I want to venture at this point. But, if the right opportunity presented itself, you never say no."

Johnson cannot help but reminisce today about the point seven years ago where he did every odd job he could to remain involved in nitro racing, even going as far as serving as a parts inventory specialist for DSR while outside of the cockpit. He even served as a test driver from time to time. 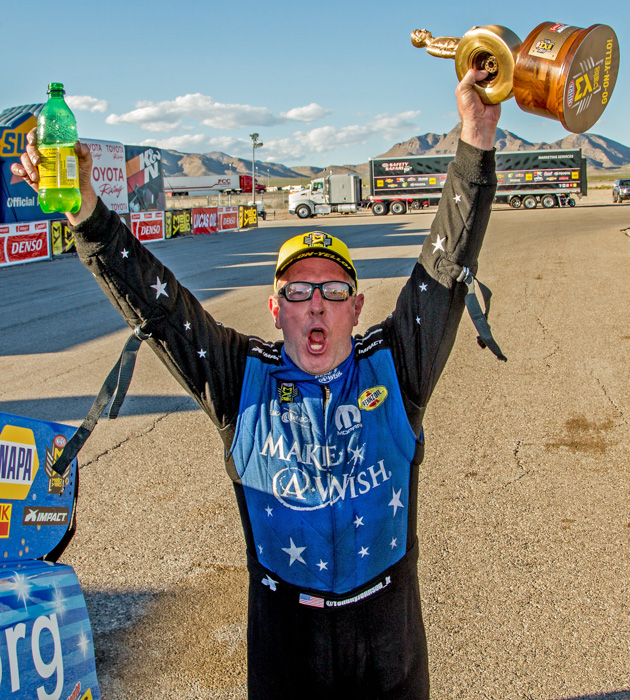 "There were many days I thought I was done, that I'd never race full-time again. And so that's one of the reasons why I'm so grateful for the opportunity. Seven years ago, there was a good chance that I may not stay on tour anymore. And to have that opportunity that Terry gave me to come out and race these last seven years, how can I be anything but grateful for that?"

While Johnson said he isn't dwelling on the future of NHRA Drag Racing, he sees the challenges ahead for the series. Today the tour lost two full-time, front-running teams.

"I think every day is a new challenge here lately," Johnson said. "It's hard to predict what's going to happen. You can hardly tell what's going to happen tomorrow, let alone next year. And it's gotten hard to live like that, but at the same time, you do your best to manage. I think nothing has been perfect this year. Nothing has went as planned. Nothing has been normal. But, I think all parties have done a pretty good job on the fly. And it's nobody's fault. It's just the circumstances you're dealt.

"There are days that it doesn't look too good, so you get frustrated with it. But, it's hard to be upset and mad at things that's totally beyond your control, so you just kind of got to go with the flow."

There are those skeptics who say if Johnson wins the title, with the way 2020 has been, it might have an asterisk beside his accomplishment. Johnson clearly does not see it that way.

"Everybody has the same opportunity to do it as I did," Johnson said. "Back in the day they only had eight races for a championship, back in the seventies. So, I don't know that it'd be much different at this point. So yeah, it's a little frustrating if the time that you're able to win it this year. But at the same time, maybe it's not an asterisk, maybe it's a special year, the one off here, something different. I think everybody will remember who won the screwed up year."

One thing Johnson does see is the need for nitro racing to examine itself for the future.

"The cost of racing has grown tremendously and the growth of the support hasn't," Johnson explained. "We've got to be able to figure out the entertainment value and be able to bring us some names into the sport to support it. So, yeah, it's probably going to have to have some changes, and I don't think 2020 does it any good. It didn't do any favors for sure. I think you'll have to probably sit down and reexamine how we're going to be able to continue at this rate."

One thing is for sure, without having clinched a series championship, it's hard for Johnson to say he hasn't accomplished everything he set out to do when he went pro in the 1990s.

"If this was to be the end, I don't think I have any regrets," Johnson said. "I'm definitely happy with what I've done. There's 21 trophies in my basement. And there are people that would give anything to have one. So how could you be disappointed with that? And certainly would love to have won a championship or to do that. Maybe, hopefully, this year we can do that. But, if it never happens, I'm more than happy with what I've been able to do in my career.

"And to be able to race for your entire career and get paid to do that, and to actually look forward to going to work all the time. It's the people that you've been able to get, the friendships you've been able to maactually to look forward to going to work all the timehings to me is the friendships and the people and all that. Everybody has trophies and everybody has wins and the money and it all comes and goes, but the friendships you've made over the years, and you put your name in a record books in a few places. I mean, what more can be asked for? I've had a great life."

And for the last seven years, he's dreamed the dream, all the while making a difference. 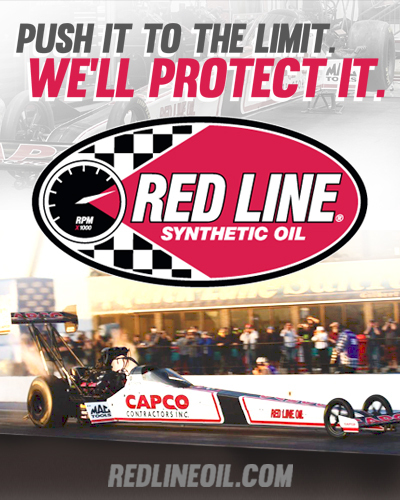