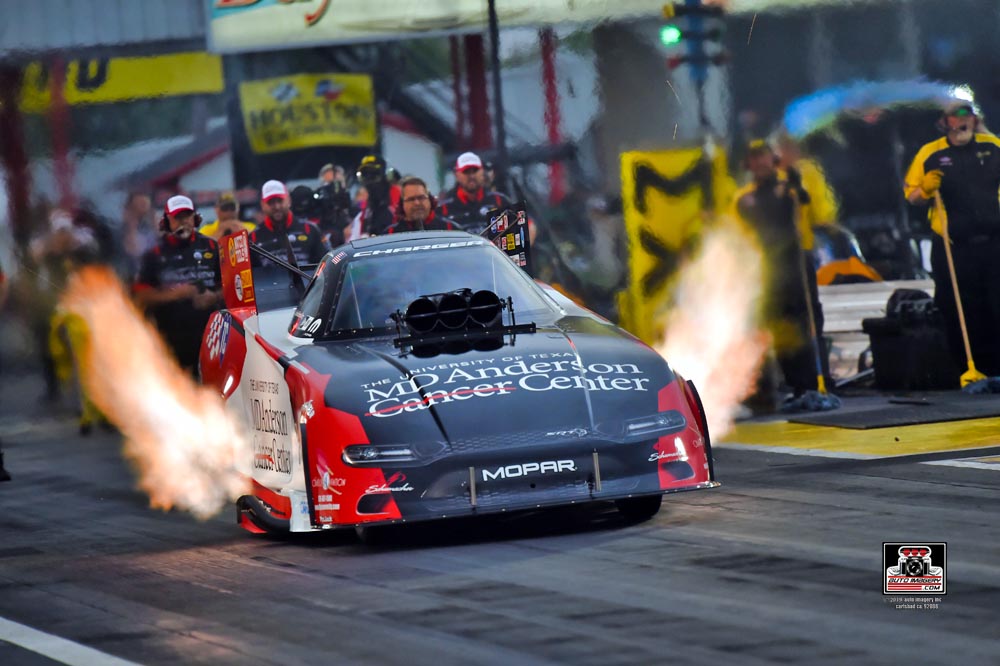 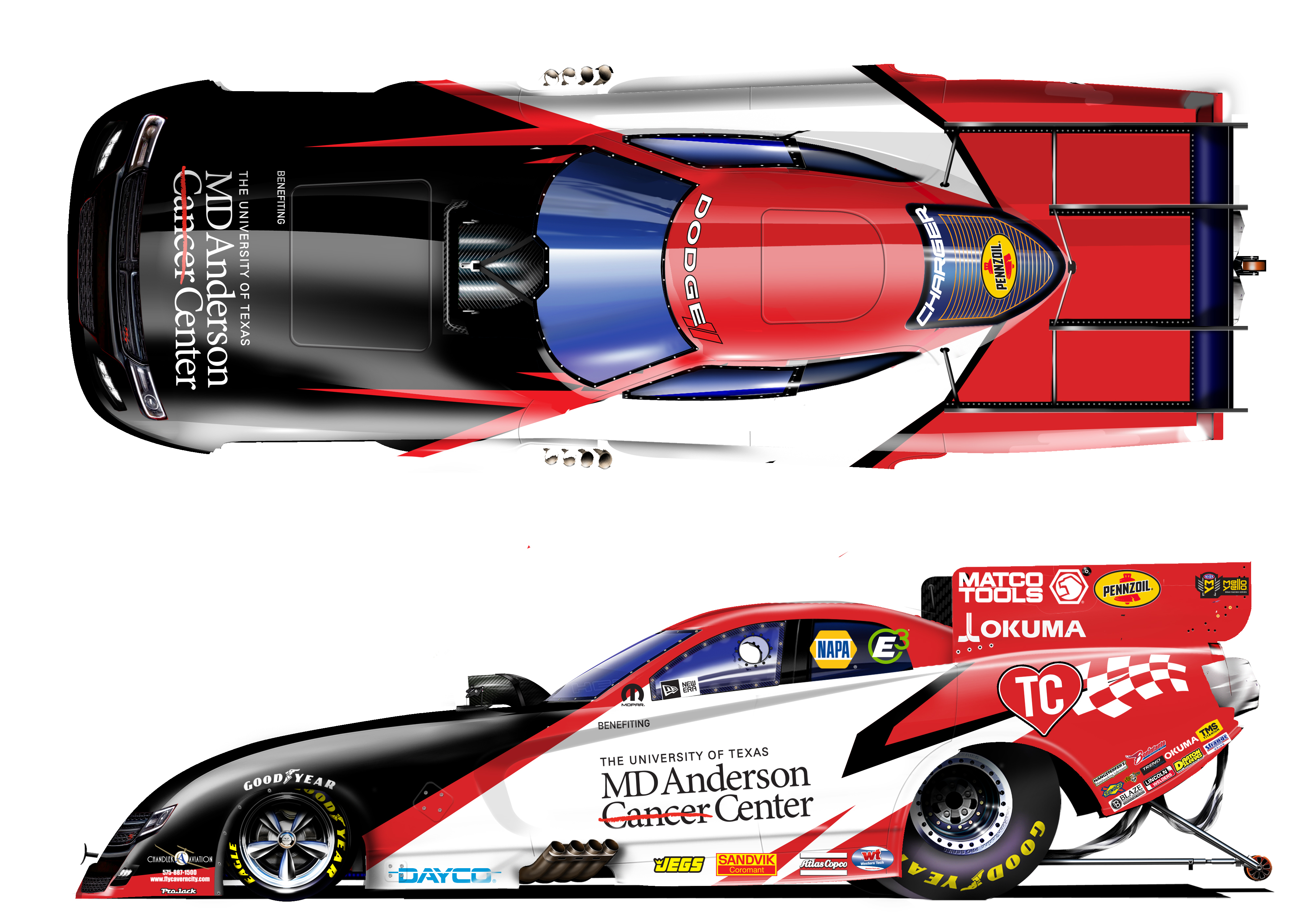 The Funny Car driven by Tommy Johnson Jr. will sport a new, yet familiar, look the next time it hits the dragstrip. Throughout the 2020 NHRA Mello Yello Drag Racing Series season, Johnson will represent The University of Texas MD Anderson Cancer Center, one of the world's most respected centers focused on cancer patient care, research, education and prevention, by campaigning the MD Anderson Dodge Charger SRT Hellcat.

Thanks to Doug Chandler, Don Schumacher Racing will continue the tradition of fielding ‘giving cars’ for the seventh consecutive year in 2020. The giving car program, which enables a non-profit to be recognized through a dedicated tribute livery at no cost to the organization, was started in 2014 by Chandler’s late wife, philanthropist and longtime friend of DSR, Terry Chandler.

From 2014 through the end of 2019, Johnson wheeled the Make-A-Wish Funny Car. After 10 race wins, more than 500 Wish Kids and their families hosted at the track, four Wishes granted, and countless memories made, Chandler made the decision to ‘spread the giving car love’ by fielding an MD Anderson car full-time in 2020 with Johnson at the wheel. Beckman, a U.S. Air Force veteran, will continue to serve as an ambassador for returning soldiers and their families by promoting the Infinite Hero Foundation on his Hellcat throughout 2020.

Fans may recall the MD Anderson Funny Car driven by Beckman during the 2019 MOPAR Express Lane NHRA SpringNationals Presented by Pennzoil last April. Chandler elected to campaign the MD Anderson car during the Houston event as a way to showcase the institution’s top-notch cancer research and patient care initiatives. Chandler has experienced firsthand the exceptional level of care provided by MD Anderson. In 2017, Terry was diagnosed with glioblastoma, an aggressive and rare form of brain cancer, and she sought treatment at MD Anderson before ultimately succumbing to the disease. When Chandler, a colon cancer survivor, received a recent skin cancer diagnosis, he chose MD Anderson to treat and help him overcome his latest cancer scare.

“It’s my hope that by running this car full-time, we can raise awareness for MD Anderson and all that they do, which will hopefully lead to more dollars donated for cancer research,” explained Chandler, who, through his TLC Foundation, has awarded two grants to MD Anderson for glioblastoma research. “Cures are developed through research, and research takes money.

“The fans in Baytown, Texas were so supportive of the MD Anderson car last year, and I’m certain the NHRA community will embrace MD Anderson just as they have with Make-A-Wish, Infinite Hero, and Riley,” added Chandler.

The relationship with MD Anderson hits especially close to home for team owner Don Schumacher, who is no stranger to the services provided by the renowned institution. Upon his 2014 diagnosis of head and neck cancer, Schumacher also elected to receive treatment at MD Anderson and credits the team for helping him to overcome the disease.

“We at DSR have been affected by cancer in a big way,” said Johnson, who hopes to add to his 19 career Funny Car wins behind the wheel of the MD Anderson Dodge. “First it was Don’s ordeal, and then Terry, and most recently, Doug. It seems as if these days, pretty much everyone has been affected by cancer in some way – whether it’s through a personal diagnosis or through a friend, family member, or coworker. We saw firsthand how much the folks at MD Anderson helped Don and Terry and Doug. MD Anderson does so many great things for not just adults, but kids too. A lot of people have benefitted from what they do. There are so many great and deserving organizations out there, and we couldn’t be prouder that Doug has chosen MD Anderson for us to represent this year.”

Johnson will drive the MD Anderson Dodge Charger SRT Hellcat Funny Car at 23 of 24 events in 2020, beginning with the NHRA Winternationals in Pomona, Calif., February 7 – 9. As is tradition, Johnson’s machine will switch over to a one-race-only Riley Kids livery during the NHRA U.S. Nationals in Indianapolis, DSR’s hometown event.

We are back in the archives again, this time with an article published in January 2007. Would you believe Bob Glidden almost ended up in an Oldsmobile? The 1983 Hurst/Olds specifically. - #ClassicDragRacing #DragRacingNews - https://t.co/158COKNjMC pic.twitter.com/tTxR3cE8CT