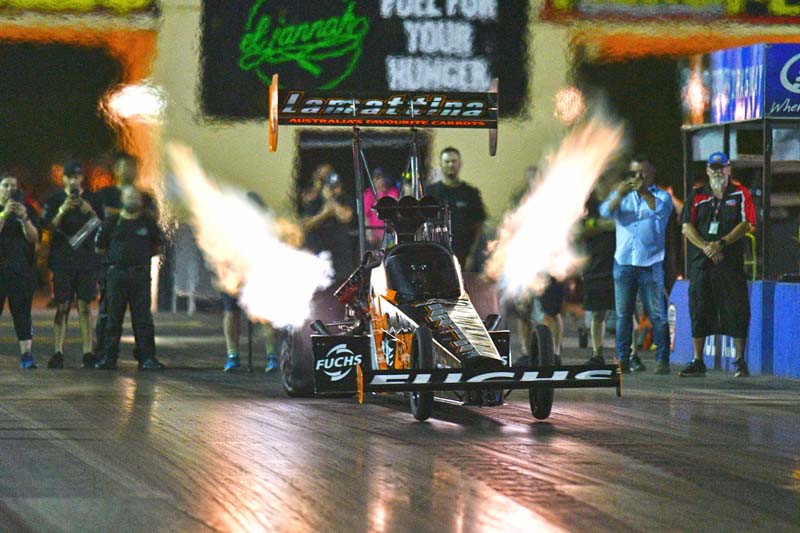 The return of two-time Top Fuel champ Phil Lamattina was the highlight of pre-season testing at Sydney Dragway last weekend ahead of the opening round of the 400 Thunder season, November 1-2.

Lamattina last raced at Willowbank Raceway in June 2015 where his storied career was cut short after a massive crash that left the team owner-driver with significant back and spinal injuries.

Following surgery, and an intensive rehab program, Lamattina announced he was retiring from driving.

In July this year, Lamattina shocked the Australian drag world when he revealed plans to return to driving duties in place of Bettes for the upcoming 2019-20 season. 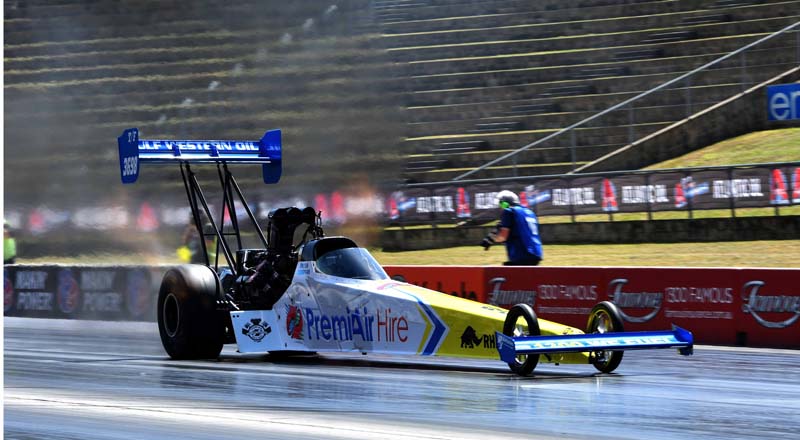 After five runs, including a four-second lap with an early shutdown, Lamattina declared himself ‘race-ready’ to return to the elite category.

“To be honest, yes, I did have some reservations about returning to racing,” said Lamattina. “If it had only been a four and a half months absence, the idea of driving a car would still be with me. But after four and a half years a lot has changed. I was struggling a bit mentally in the week leading up. It’s been made so much easier by the support from friends, family, and in particular, my wife Sarah, who got me across the line. After five runs in the car I'm in a happy place and ready to go racing."

“Awesome,” said Xiberras. “The car is exceptionally comfortable and has great leg and shoulder room. With a new car, you can expect a few gremlins and bugs that need to be sorted, but that hasn't been the case. So far we’ve had a trouble-free run. What we've achieved today gives the team a lot of confidence going into the first round of the season next weekend.

“We’ve had a few electrical issues on the day that we eventually sorted out,” said Fabietti. "Now we need to get the chassis and rear suspension worked out. The plan is to squeeze in another couple of test sessions before next weekend. Once the car is sorted, I'm quietly  confident of giving the championship a real shake.”