TOP FUEL WINNER ASHLEY: ‘TODAY WAS ABOUT US. WE DESERVE THIS ONE.’ 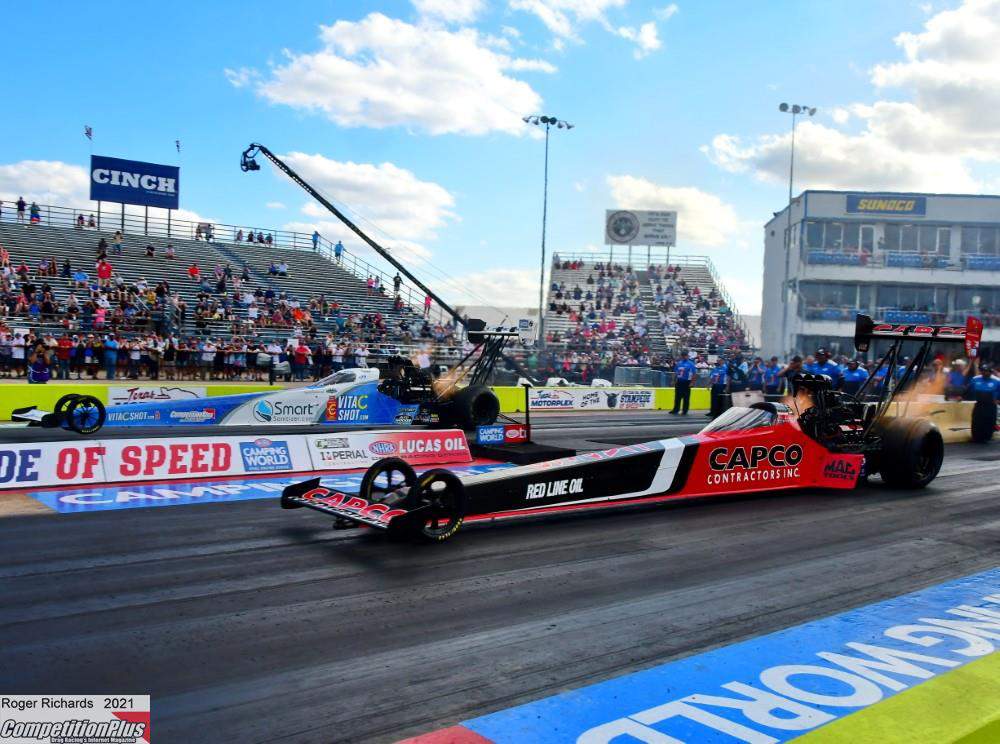 For all the cowboys, all the pipeliners, all the Capco Construction customers, all the hunting buddies, all the friends and neighbors in Kilgore who were having homecoming parties, ready to celebrate another Steve Torrence NHRA victory, the beer went flat and the nachos suddenly went cold and soggy.

And they can blame Justin Ashley. 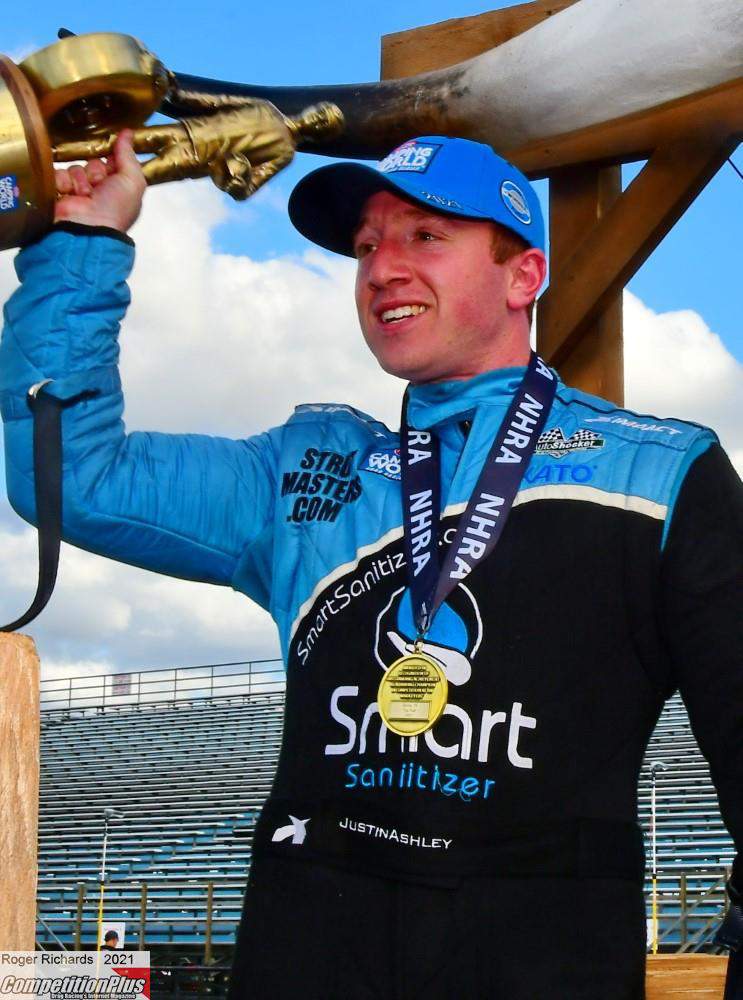 Last year’s rookie of the year derailed Torrence’s plans Sunday for a milestone 50th Top Fuel victory at Texas Motorplex, near Dallas, by claiming one of his own in his third final-round appearance of the year at the Texas FallNationals. It was Ashley’s second overall victory.

With that, Ashley asserted himself and inserted himself into the Top Fuel championship conversation. He eliminated both points leader Torrence and No. 2-ranked Brittany Force, along with top-five racer Billy Torrence, Steve’s father.

“It’s about one thing: It's about getting hot at the right time,” Ashley, the Vita-C Shot / Smart Sanitizer Dragster driver for Davis Motorsports, said. “Obviously, the regular season is you just wanting to set yourself up in a good position to win the championship. Once you're in [the Countdown], all bets are off. That's when the best teams in the world step up. It’s really satisfying to step up and get hot at the right time right now.”

The victory, which came by just five-thousandths of a second (or about three feet), got Torrence’s attention.

“Everybody’s been calling this a two-car race, but I guess they forgot to tell Justin,” Torrence said. “We’ve still got three races to run, and there are a lot of points still out there.”

Ashley said, “This is huge. There’s so many championships implications on the line right now. Getting this win against a competitor like Steve is absolutely awesome and it’s not because of me. I’m just along for the ride, having a good time. It’s because of this team. They’ve done an outstanding job. My job is just getting there and doing the best I can.

“You definitely got to be on you’re a-game in the finals, let alone against Steve Torrence. That's a Capco car. Whether it's Billy, Steve, Brittany, no matter who it is, you got to be on your A-game today. Fortunately, I was, and it worked out that time.”

Ashley advanced to the final round in August at Pomona and became ill with severe heat exhaustion and couldn’t run against Leah Pruett. He also got to the final in the Countdown kickoff at Reading, Pa., where he lost to Billy Torrence. But Sunday belonged to him.

“It was an incredible day. We had some really good competition, and we knew going into the day that's what we were going to have to go through. After qualifying, make no mistake about it, we looked at the ladder and we figured these are the guys and girls that we might have to go up against. I think the way we approached it helped us a lot,” Ashley said.

“I think for us, yeah, they're tough, they're great competitors, but it's exactly what we wanted. Right now, coming into this race, we were fifth in the points and we needed to gain some ground. Racing these incredible cars that are ahead of us gave us the ability to make up some ground. So just real happy we’re able to collect a win and get closer to that No. 1 spot,” he said.

“All weekend long, this car was on fire. It was super-consistent. “There’s no more margin for error. We have three races left. We had to capitalize on our opportunity, and I felt like we did a really good job of doing that. Love Steve. He’s an awesome guy. They’ve got an awesome team. But today it was about us.”

“This one right here,” Ashley said, waving his trophy, “is for Chip Lofton, Vita C Shot, and Strutmasters, for everyone at Kato, AutoShocker, everyone at Menards and all the awesome people that sponsor us. We’re bringing this trophy home” to New York’s Long Island.

Ashley praised crew chief Mike Green, whom he called “a baaaaad man.” He said of Green, “That guy is good” and said he felt “just fortunate to have him on our team. Excited to have him back next year.”

He said, “I think when you win a race like this, the key is the team, and everybody does their job. I think that the best teams in the world are the ones who have each individual do their job and do it to the best of their ability. It was a complete team effort today. The key was this crew, this team, how incredibly hard they work – they definitely deserve this win. I was fortunate. Did my job behind the wheel. Mike did an awesome job tuning this race car all weekend,” Ashley said.

“It’s nice, it’s definitely satisfying, to kind of throw our name into the [championship] mix, but it's satisfying because it's awesome. We're happy that we did it and we only concentrated on ourselves,” he said. “We can't control what Steve and Brittany and these other drivers do. They’re all in the top 10 for a reason, and they're all great drivers. The Top Fuel class is excellent, but we're happy for us because it puts us right back in the thick of things. Next week is personal. That's going to be a huge race where you continue to progress and move forward and learn and just continue to do very best we can.”

Maybe the folks on Long Island will be having their own parties this next weekend.