TRIBUTE: THERE WAS ONLY ONE BILL DONER 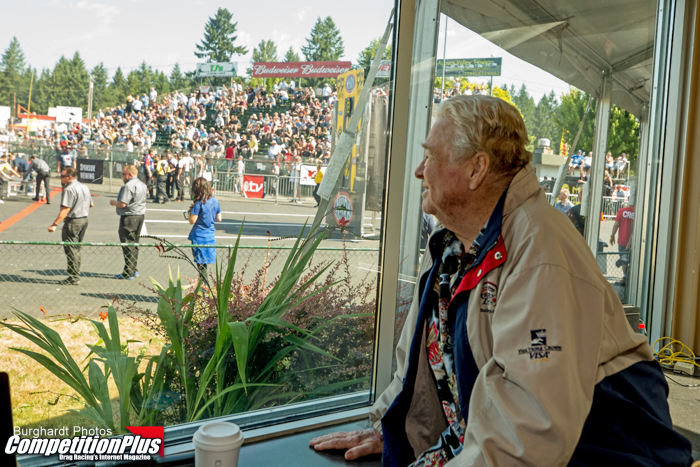 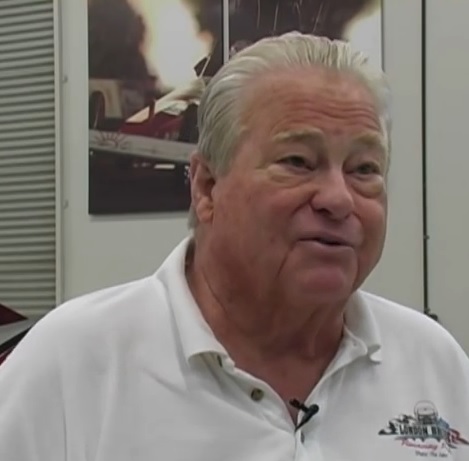 There’s never been a drag racing promoter quite like Bill Doner.

Odds are there’ll never be another.

The flamboyant track owner/operator, who died late last week, was fearless and wildly creative in his ideas. He was a stand-up guy in his dealings with racers, which earned their respect and loyalty. His races drew fans in droves -- and drove said fans wild with shows that met or exceeded the extensive pre-race hype.

“The guy was phenomenal,” said Ed “The Ace” McCulloch, whose income from Doner’s races helped keep his team going from one season to the next.

“He would have the crowd hyped so high, they’d come out of the grandstands onto the track. They’d be trying to crawl in the window of the car. You’d whap the throttle and they’d throw their hands up and bail out over the guardrail. An insurance agent would’ve died if they had seen what was going on out there.”

Doner’s success at tracks from one end of the West Coast to the other earned him induction into the International Drag Racing Hall of Fame in 2012. Yet drag racing was only a part of his sports background.

Doner began his professional career as a sports writer, and later got into racing after being fired from that job. He promoted tennis and bred racehorses. He was a professional sport fisherman during the years he lived in Cabo San Lucas, Mexico, and in 1983 caught a record-setting 1,234-pound black marlin. As the VP of sports marketing, Caesar’s Palace hosted the 1987 boxing match between Marvin Hagler and Sugar Ray Leonard. He also had a stint as the head of the National Hydroplane Racing Association, and he co-owned a rocket-powered dragster.

“He did so much stuff that it’s hard to believe,” said “Waterbed” Fred Miller, who worked for Funny Car racer Raymond Beadle for a decade and a half during Doner’s heyday.

“NHRA does what they call the Western Swing” of races on consecutive weekends in Denver, Sonoma and Seattle, Miller said. “Well, Bill Doner invented the Western Swing, and it was a lot bigger deal then that it is now. A lot of racers made good money because of him.”

“We had fun doing it,” Doner said in an interview with CompetitionPlus.com. … “When guys came to run, whether it the Snake or the Mongoose, Jungle Jim or the Blue Max, Chi-Town Hustler, we had storylines we told them, we got the people involved. … It was really fun talking to the crowds, getting them all whipped up.”

Most important, Doner said, was the mindset that every race needed to deliver the thrills and excitement of a pyrotechnics-filled rock concert. He would pay racers extra money to perform stunts that made the crowd’s hair stand on end, such as fire burnouts or burnouts on the return road in front of the grandstands.

Among his biggest claims to fame was the shows he would book with 64 Funny Cars (part of the field burning nitromethane, the remainder on alcohol). He’d hire stuntmen such as Leaping Larry, who would vault over cars a la Evel Knievel not witha motorcycle but with a go-kart.

“No matter what everybody thinks,” he said, “it’s a show, that’s what it is. It’s a show. It’s a form of entertainment.”

Nobody could stimulate a crowd any better than Doner, Funny Car veteran Gary Densham told CompetitionPlus.com “He could get the crowd so riled up, so excited about whatever was going to happen, that they just left and thought they had the best time in the world and had to come back and see the next drag race.”

McCulloch’s parents were farmers who moved from California to Oregon in the early 1960s. That’s where he was living when he got into drag racing, and after he had made the switch from Top Fuel to Funny Car, he and partner Art Whipple began match racing on the East Coast and Midwest. Doner had begun promoting at Seattle and got wind of McCulloch’s success far from home.

“When we got established in the East and suddenly, being that I was a local Northwest guy, we became more valuable to Doner,” McCulloch said. “He calls up and says, ‘Hey, what would it take to get you to come back out here in July?’ I told him what we were doing. He offered us half again more money than we were making back East match racing. It built from there.”

Later that year, McCulloch captured the Funny Car title at the U.S. Nationals -- he said he felt “set for life” with the $6,000 winner’s purse -- and he would repeat as its champion in ‘72. As a driver, McCulloch would capture Indy’s Funny Car crown five times, then score a sixth victory as a Top Fuel competitor in 1992. For many years, he depended on Doner’s shows to keep his team solvent.

“They talk about the Western Swing. Bill Doner is responsible for the Western Swing. We would probably run eight races in a two-week period, all around the Northwest, and then head back East. It was a barnburner,” said McCulloch, who now lives in Friant, Calif., northeast of Fresno. 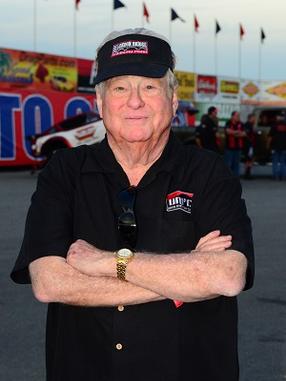 “I loved Billy Lee Doner. He was a great guy. When we’d go up there and race for Bill -- and the Northwest being rainy and whatever -- and the crowd wasn’t there, you’d go in to whatever our agreed deal was and he say, ‘Ace, I took a bath, I’m hurt. I can’t do what we talked about.’ I said, ‘Well, what do you want to do.’ He’d lay out a plan and I’ll make it up to you next time.’ OK. He would give me what he could give me, the next time we’d come back he’d pay me what he owed me and then some.”

The first time Beadle’s famed “Blue Max” Funny Car ran Doner’s Western Swing was in 1975, Miller said. “They were like glue together,” he said.

“When you ran his Western Swing, you made money. It’s not the Western Swing now where you spend $2 million and get back 40 grand,” Miller said. “We ran everywhere from Orange County to Irwindale, Fremont, Portland, Seattle, Boise, Canada -- just everywhere. … He had so many racetracks, it was unbelievable. When you ran for him, you left there and you got paid.”

Doner’s Western Swing was crucial in keeping multiple teams in business, including McCulloch’s.

“We’d match race back East, we’d build up some money,” McCulloch said. “But on the Western Swing, that all went into an account, and that was my funding to get me into next year. That was enough money for me to do what I needed to do over the winter car-wise or whatever. That was my cash cow that guaranteed me into next year.”

“He paid us a lot of money, a lot more money than we got in some of the other places,” Miller, now 71 and living in Florida, said. “Shoot, we got more to make three runs for Doner in one night than you could win winning the world championship. Winning the world championship was only 15 grand. Hell, we got more than that -- in cash -- to make three runs at one of Doner’s races.”

Doner was able to afford those kinds of payouts because of his hustle and creativity. He bought countless radio ad spots to entice a crowd to come to his tracks, and sometimes the result was a wave of humanity too large to control.

At Balboa Park Drag Strip, an eighth-mile track, in Eugene, Ore., the Funny Car match race drew a standing-room-only crowd. “You couldn’t get another body in the place,” McCulloch said.

But when police enforced a local curfew that cut the race short before the Funny Car finals could be run, the crowd turned violent.

“They’re throwing rocks at the tower, they’re gonna burn it down,” McCulloch said. “Doner tells ‘em, ‘Hey, listen you guys, it’s not the racetrack’s fault, it’s the police that closed it down, go to the police station and throw rocks at it.’ Beadle takes Doner, who had all the cash, and they sneak out the back door and they smoke it, they get out of there.”

That incident is vividly etched into Miller’s memory, too.

“We had made two runs and had one more to make. So we’re working on the car and Beadle comes back, jumps up in the trailer, comes out and he’s got his gun stuck in his belt,” Miler said. “He said, ‘Load this thing up and get out of here now, they’re about to burn the tower down.’ So he and Doner grabbed the money and took off, and there we were, loading the car up and trying to get the hell out of dodge.” 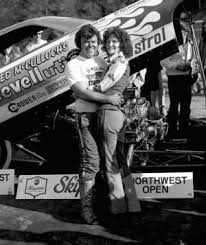 Another of Doner’s most-publicized promotions came when he hired adult film star Linda Lovelace of “Deep Throat” fame to appear at one of his Seattle races in 1973.

“We were at the bar at the Red Lion, a hotel that’s across the street from the (Seattle-Tacoma International) airport,” McCulloch recalled. “There are a few of us in there, a lot of drinking going on. Doner says, ‘I’m gonna get Linda Lovelace to come up to our races and she’s going to be the Head of Drag Racing.’ Everybody laughed, but I didn’t know what they were talking about or who she was. And he told me if I won the race he’d pay me in thousand-dollar bills. I’d never even seen a thousand-dollar bill before.

“This was all fun and games in the bar. A couple of weeks later, he calls and says, ‘Done deal, she’s coming.’ I knew who she was by then. Anyway, I win the race. I got my thousand-dollar bills.

“He drew big crowds and he paid good. He’d pay the hitter cars what they needed, and he’d always come up with some gimmick. They’d be getting ready for the first round and he’d come running up and say, ‘Ace, I need you to do something.’  What do you need? ‘I need you to do a burnout down the return road when we fire the cars up and I’ll give you 500 bucks.’ And I’d do a burnout down the return road -- just that kind of stuff.

“Was it safe? Was it smart? Probably not -- but we got away with it. Those are the kinds of things that Doner loved -- anything to be a little bit different.”