VIDEO: IS THIS THE GREATEST DRAG RACING SAVE? 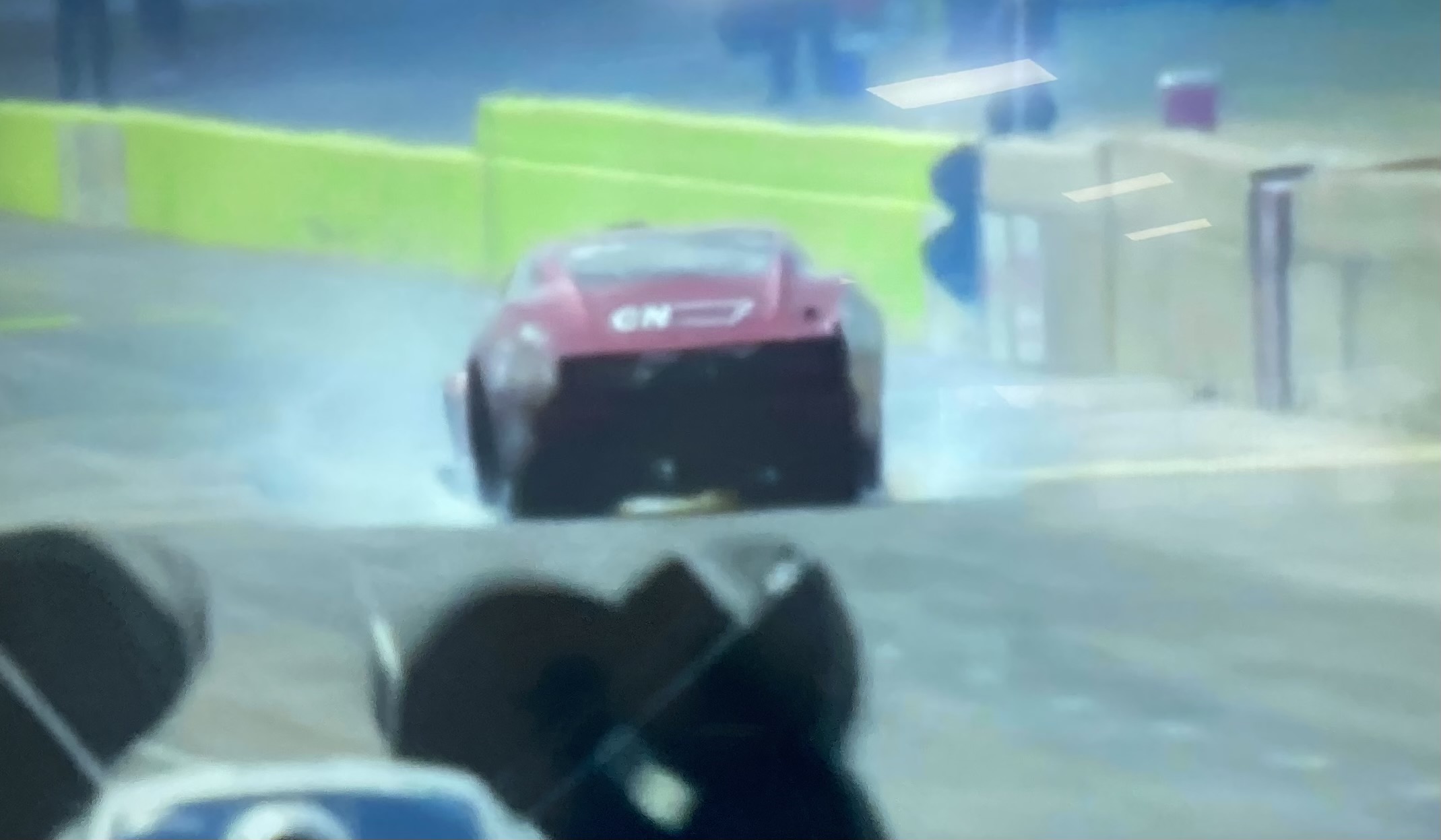 The NHRA’s FallNationals “Stampede of Speed” took its inspiration from the rodeo world.

And Jeff Jones, a Pro Modified racer from Weatherford, Texas, looked like the J&A Service Pro Mod Series’ version of a bull rider during Sunday’s second round of eliminations at Texas Motorplex.

Jones kept his Imperial Construction ’18 Corvette undamaged and miraculously away from the wall in his match-up with Midland, Texas, opponent Chad Green.

Somehow, Jones kept his poise as the car skated toward the wall, got squirrelly, then leaped into the air into a 180-degree flat spin with the rear tires a foot off the concrete quarter-mile surface – the ordeal unfolding at 200 or more miles an hour.

He spun around another 360 degrees, never touching the wall.

Despite Jones’ driving skill, opponent Chad Green won the round in his Camaro.