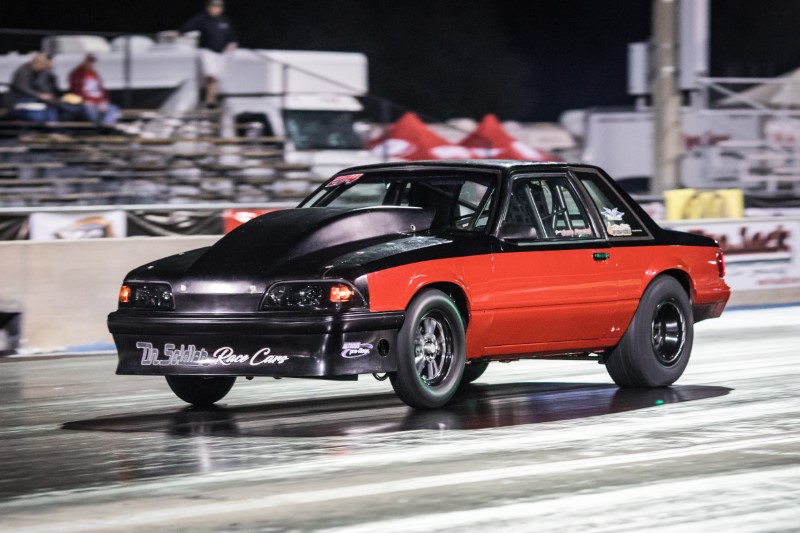 There is no doubt that drag racing is an addiction for many — even most — of its participants. The NMCA Xtreme Street team of car owner Jason Waterman and powertrain owner and driver Dave Fiscus is no exception to this rule. Waterman, affectionately known as “Cheeseburger” by friends and foes alike, is driven by a hunger for the dragstrip and its allure that consumes just about all of his waking hours. 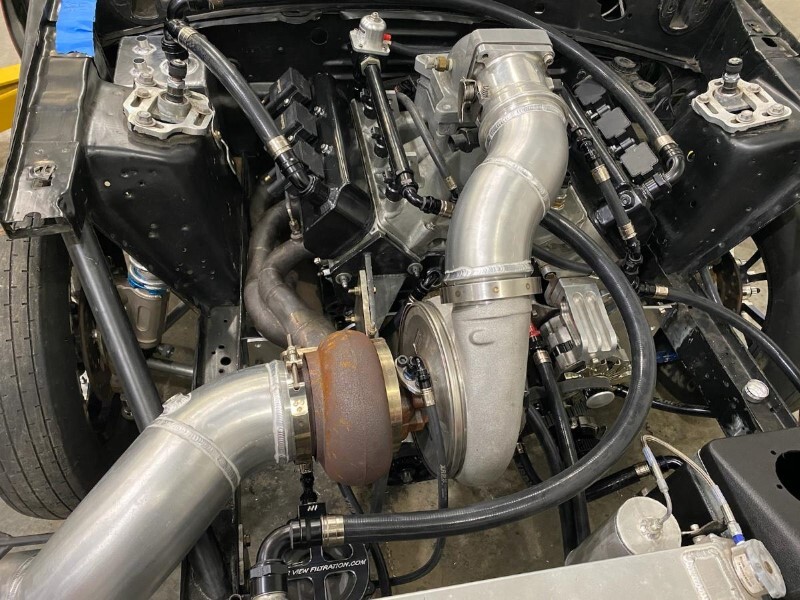 Warteman has tuned many Mustangs and other cars over the years, from Zack Posey and Tony Akins in the old NMRA BFGoodrich Drag Radial class to Ultra Street class-wrecker Shawn Pevlor’s nitrous-assisted Mustang to working closely on Martin Connelley’s race-winning efforts over the last couple of seasons. It’s safe to say he knows a thing or two about a thing or two when it comes to getting a high-powered small-tire Mustang to dance the strip. He’s even been behind the wheel himself, although not much in recent years. p“I used to drive it way back in the day, but I realized that I’m better at tuning than I am at driving, so I let someone else drive. I’m a racing addict — I have to race. My drive for racing is so strong that I wear people out. I wore my first driver out. I ran Shawn pretty ragged for a while,” said Waterman.

Recently, he’s been working with Dave Fiscus on tuning a unique vehicle in the world of small-tire racing, as Fiscus is well-known in the Grand National world and had been racing his own car in 235-style action at 3,500 pounds race-ready. Fiscus is currently building an all-new chassis at Tin Soldier Race Cars in Kentucky, with an eye toward X275 class domination upon its return. Waterman’s own Tin Soldier-built Mustang chassis was sitting in the garage with no drivetrain in it, as he had lent the existing nitrous engine to Martin Connelley for Connelley’s two-class assault on Lights Out 11. 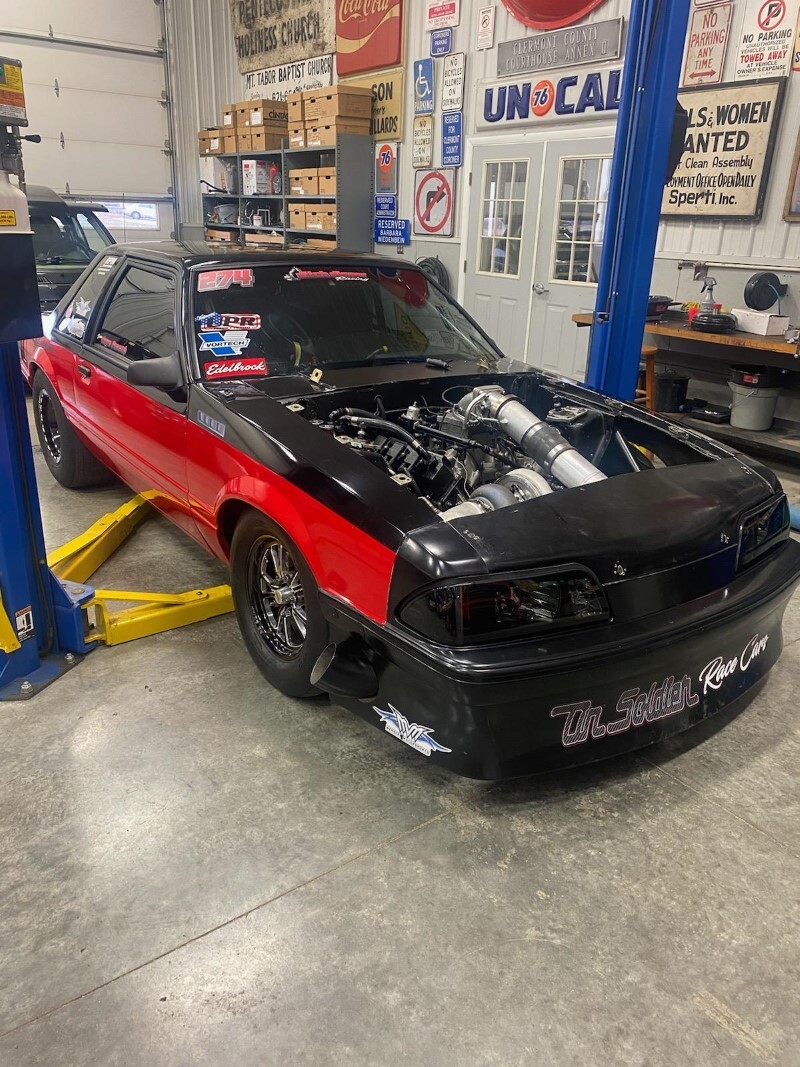 So they did what would have been considered blasphemy back in the day and dropped the Stage II 274-cube Buick V6 and two-speed Turbo 400 transmission from Fiscus’s GN between the Mustang’s frame rails. A shortcircuited 2020 season found them outside of the NMCA Xtreme Street Top 10 after a missed race, but the team is prepared for an assault on the class for 2021.

“The idea came up of running in Xtreme Street and Ultra Street where we could run the Mustang with the GN engine where we can be 2,800 pounds without having to re-do converters and such. It unbolted from his car — headers and everything — and we dropped it into my car with a new motor plate and midplate,” says Waterman.

They converted the car to alcohol and debuted it in this configuration last year at Lights Out 11, where Fiscus qualified in the top half of the field but fell on the losing side of the equation in the first round. They continued to refine the combination all year long, racing it in the NMCA and finishing 11th in points.

But it hasn’t been easy, as engine parts aren’t exactly sitting on the shelves at the local speed shop for a 34-year-old engine platform.

“We cracked blocks and heads… I think we went through five sets of heads last year and broke cranks and rods too. We broke about everything in that thing and kept fighting through it. They haven’t built this stuff since 1987 — they just don’t make it anymore. I laugh when I take it to Tony [Bischoff] because it has the ’87 stamps on it,” said Waterman.

They took it to the U.S. Street Nationals earlier this year and had several issues, including a loose cam bolt that was causing what Waterman calls a “mystery noise” during the qualifying sessions. Once they pinpointed the problem and tightened the bolt, the noise went away, and after five hours and a missed qualifier, they buttoned it back up and sent Fiscus down the track with a car that took 18 seconds to spool, just to get onto the qualifying ladder in the 13th spot. They figured out how to fix that problem, and Fiscus made the first full pass on the car in E1, where he ran 4.60 to put Troy Pirez Jr. on the trailer. 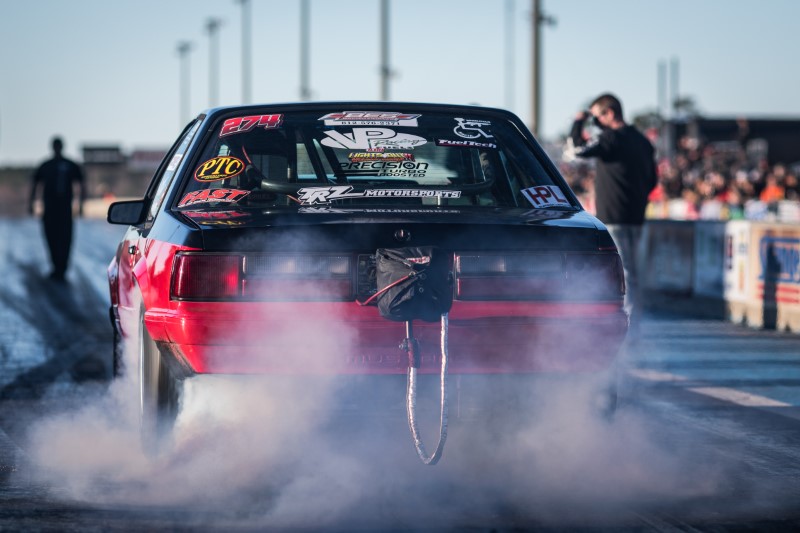 Subsequent wins over Brian Keep and Joel Greathouse put Fiscus into the final round, where he took out Scott Parson to take home the Ultra Street win in one of the most unconventional cars out there.

Class champion Brian Keep holds last year’s Xtreme Street record of 4.525. Fiscus’ winning pass over Parson at the came with a 4.522. It’s safe to say this team has a combination that can turn on the win light, and with a renewed focus on NMCA competition in 2021, they’ll be tough to beat.

Back in the day, the folks at the old Mustang/GN Shootouts at Englishtown might have had a coronary looking at this car, but it’s so unique today that Waterman says they get a ton of questions and compliments about it. The mind-melting mixture of proven Mustang small-tire chassis with ear-twisting turbocharged Buick V6 is simply music to the ears.