WELCOME TO THE INTERESTING WORLD OF CASH MONEY DRAG RACING 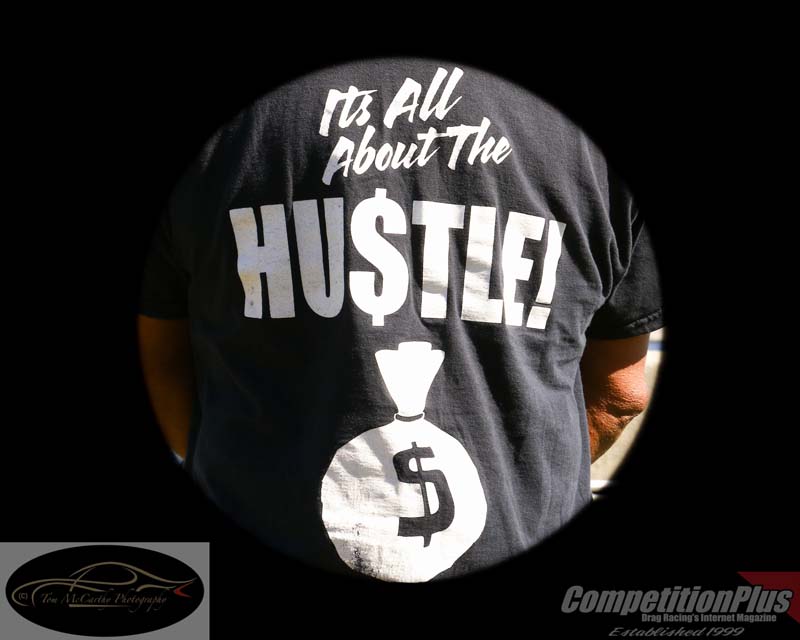 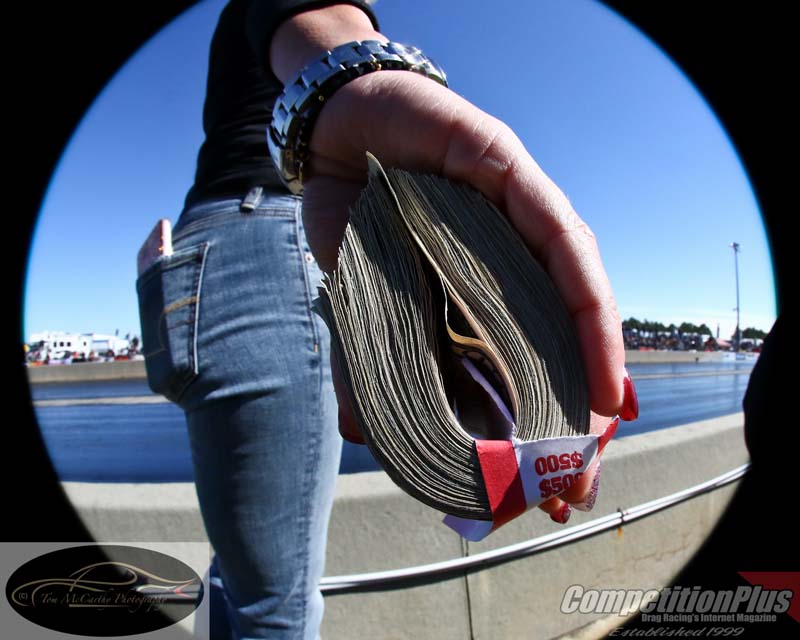 There’s more than one way to make money drag racing, but every racer will tell you it’s a lot easier to lose money going to the races than it is to make money. In fact, the old adage of “It’s easy to make a million dollars going drag racing, just start out with two million; you’ll be down to one million in no time.” There’s a lot of truth to that racing cliché, especially as it applies to “No-Time” drag racing.

For the uninitiated, No-Time drag racing, properly expressed as N/T racing, is drag racing from a heads up start, usually run in eighth-mile format, first car across the finish line wins: but the clocks are turned off, no elapsed times are shown. Hence the expression No-Time racing. Because the clocks are turned off, the drama level is high, it’s all about winning. Winning what you ask? Well, cash of course. Cubic inches cost cubic dollars, and this is what fuels life in the fast lane. In God, We Trust – but all participants pay cash.

So when the racing is done, it’s all about the Benjamins. N/T and Grudge racers don’t care about trophies, or points systems, or count downs: they want throw-downs and green-backs. 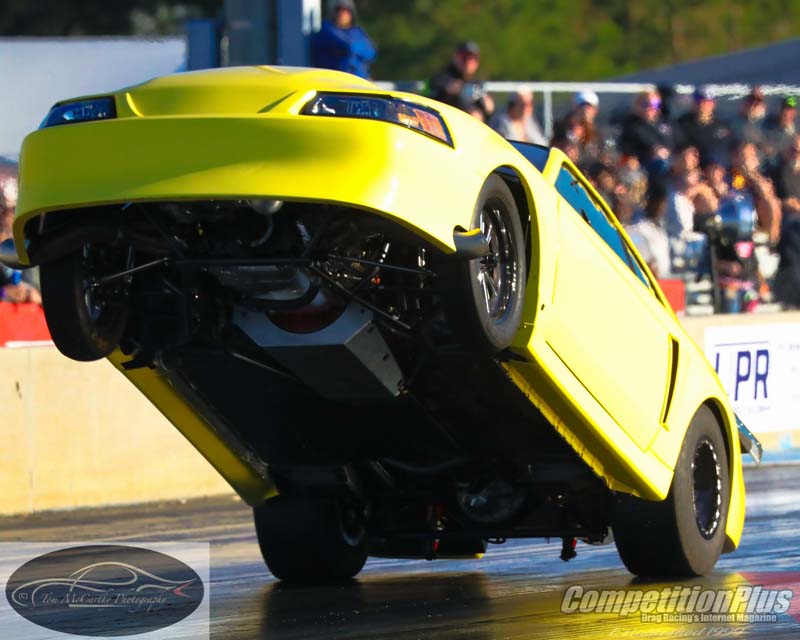 How much cash do drag racers race for? Well at sanctioned drag racing events, the sanctioning drag racing body sets the rules, and they generally state openly what the purse is before the start of every racing season. In many instances, the racers are racing for a purse that is substantially less than what it cost many racers just to tow their race rig to the event and make 3 to 5 passes in the course of a weekend.

Adding to the expense, some racing events are five days or more, so the costs go up quickly. Not all drag races are run this way, but many are. As a result, very few racers can say they actually make money drag racing.

How it all goes down is something like this; typically phone calls are made, and bets are established in advance of a race. Known top dollar big dogs, as they are often called, will not come down off the porch to race for less than four or five figures, cash in hand. A racer also needs “street-creds” actual street-level credentials within the racing community, or no one will even talk to them. But racers in the know, who have the chops, once a bet is agreed upon: it’s game on. The car owner, perhaps the driver and team members may contribute to the purse money, so they all have a stake in the action. Or it can be one man’s bet against another. 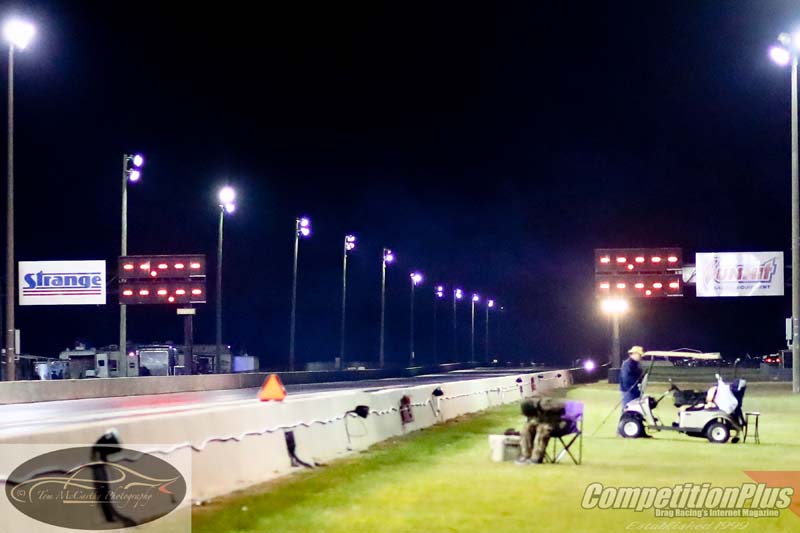 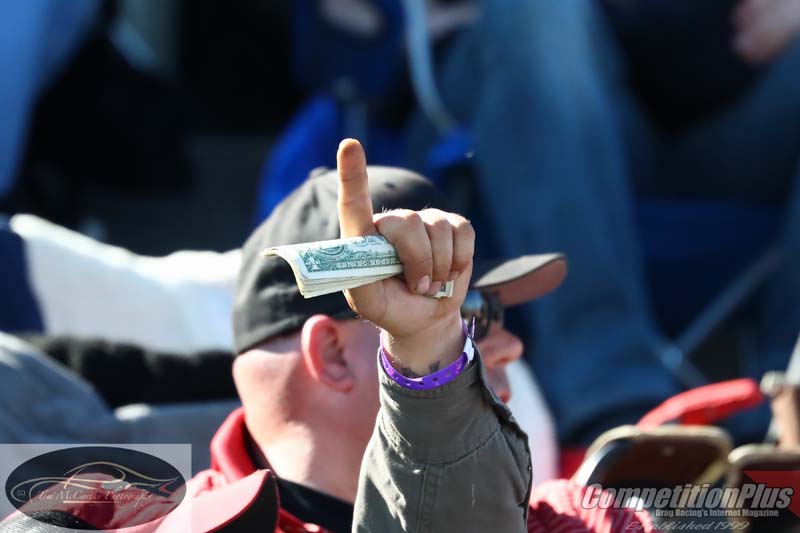 Upon arrival at the designated date and race location, each team puts up X amount of dollars with the “DP” man (the deposit man). This very trusted, highly respected well-known individual holds the cash for both teams. To address the obvious question of how much cash is being spent: let’s put it this way, the stacks are sometimes staggering.

Donald “Duck” Long, as a promoter, has handed out mega-cash, in see-through clear briefcases on more than one occasion for one of his Radial Vs The World competition events. In N/T racing, with the clocks off, sources confirm more than double that number in cash has been paid out for a single N/T race win. One run, winner take all.

Consider this, the NHRA will pay out close to $50,000 for a Top Fuel, or Funny Car win at one of its national events. A talented street racer with a top built car can win over four times that amount with a single win light.

As one racer whom we will call A.B. explains it, “I love N/T racing because you can get it done on one shot. You go out there, you put it on the line, and that’s it. It doesn’t take all weekend, and you don’t have to wait around for this and that.” 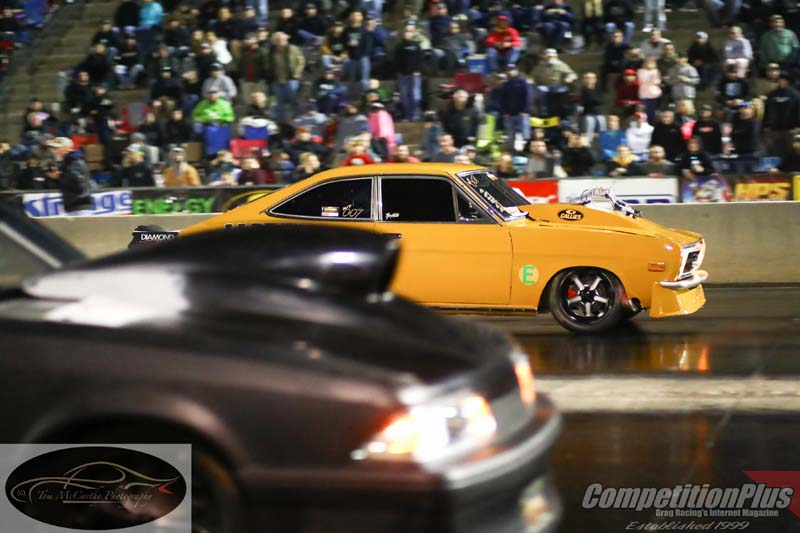 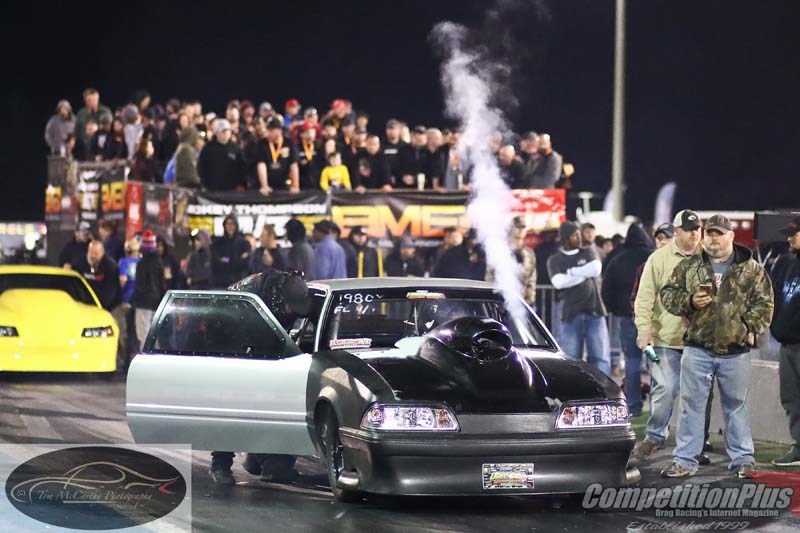 Another aspect of Grudge type racing A.B. likes is, “I’m from the south, and there is a LOT of this racing down here, especially at small tracks. So it’s local for me, we don’t have to go all over the country to do this. We can get in as many races as we like, so the car owner and I; this works for us.”

Racer C.D. who is the one man you do NOT want to see in the lane next to you has this outlook on N/T drag racing, “I like the one-shot, one kill aspect of this. There’s no messing around, you get it right or go home with empty pockets.

“What I really like about this kind of racing is the fans not knowing who’s going to win or how quick and fast people are actually going. It really adds to the suspense of the racing; it holds their attention. Also the kind of open format of the racing, it’s kind of laid back. The fans are really excellent at these races.”

Mr. E.F., a racer in the N/T realm of great prominence commented on the current popularity and growth of N/T and Grudge racing, “With some of the biggest names in modern era door-car drag racing coming out and racing clocks-off, this is really exciting to the people, so it has expanded our fan base.

“The quality of the racers and the racing has improved sharply too. As you can see by the cars racing in these events, they put a LOT into building these cars. The quality of the builds is on par with anything you see in any of NHRA’s top classes.” 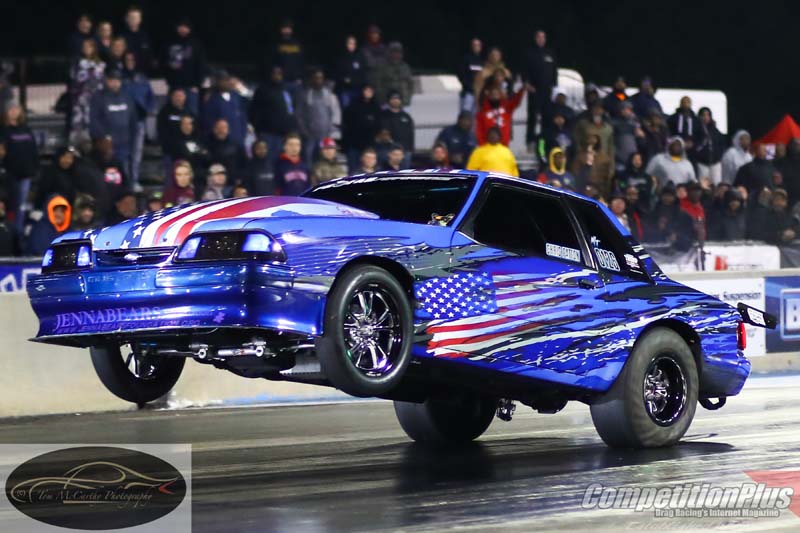 While the racers of N/T are clearly a niche within a niche in the racing world, not all racing fans are into the N/T scene. One fan interviewed at the recent Magic Tires Lights Out 11 event echoed the sentiments of a large segment of the racing fan base, “I’m not really a fan of N/T racing. Without the numbers on the scoreboards, I don’t know what the cars ran, so I have nothing to relate it’s performance to. That just doesn’t work for me.”

While the jury is still not out on this, one man’s opinion is balanced out by the next.

G.H. from N.C. commented, “I love to gamble, and I hate casinos, even though I have one not far from where I live. But I love to bet on the cars. So I save up my OT (overtime) money and once a year I come down to Donald Long’s Lights Out, and it’s a mini-vacation for me. I stay Thursday through Sunday and have a blast betting on the cars while watching from the stands. The best way to do it is to bring a hundred dollars in cash in one-dollar bills and just pick a lane.

It’s clear to see all the action at the N/T and Grudge races is not always on the track alone. Money talks and at these events, racers and fans are listening.