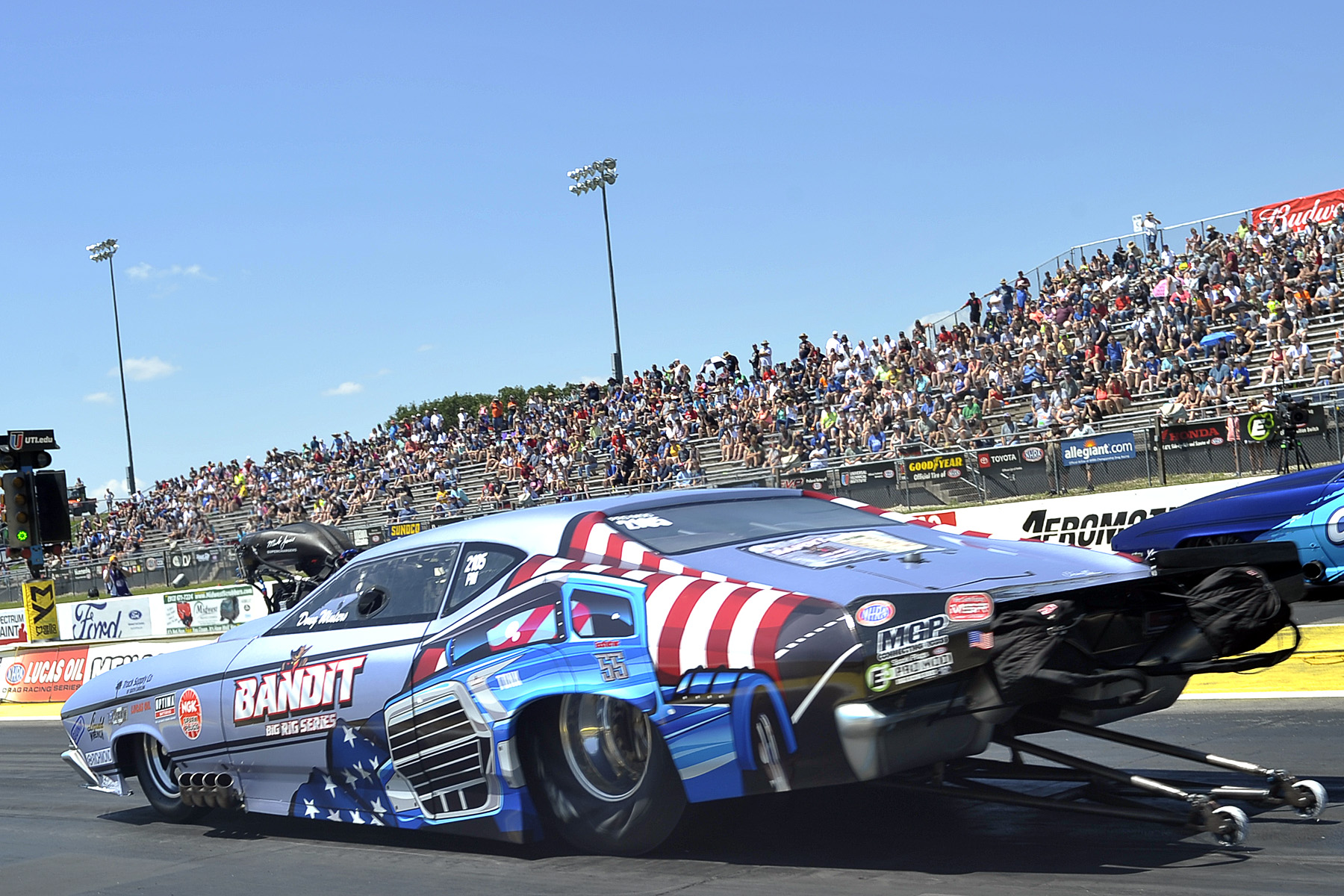 It’s been two-plus decades since Doug Winters was last at Bandimere Speedway. While his feelings about racing at Thunder Mountain haven’t changed, he needed a great reason to make the 1,600-mile trip from Kernersville, N.C. to Denver to return.

Winters will make his debut at the biggest and richest Pro Mod race in the history of the known universe, bringing a blown Bandit Big Rig Series ’69 Chevelle running as well as it ever has.

“I wouldn’t be going if I didn’t think I had a chance to win,” Winters said. “The placed is carved out of the mountain and I loved it. I always marked it on the calendar and I looked forward to going there, and I can’t wait to get back.”

Winters last raced at Bandimere Speedway in the late 1990s with the Super Chevy show. In those days, he ran the nitro coupes, which are considerably different than the Pro Mod Chevelle he’ll campaign in his return to Thunder Mountain.

But Winters has already been in front of his computer working on gear ratios for the race, and he thinks there’s some aspects of what worked previously in the nitro coupes that can be applied to the race in 2019.

It’s all about thinking outside the box and Winters doesn’t mind the challenge.

“Obviously the big difference in Denver is the altitude, and, yeah, you can spin the blower faster and adjust the gear ratios. But what else can do you?” Winters said. “That’s what will separate everybody. I think we have some things that can work on the mountain. It’s a challenge, but I like that and I’m looking forward to it.”

Winters and his team of family and friends will head to Denver with plenty of momentum after a strong start to the 2019 campaign.

They won the opening race of the Carolina Xtreme Pro Mod Series season in Darlington and that success has bolstered their NHRA Pro Mod year.

They’ve qualified at four of the past five races, advancing to the semifinals in Atlanta and running a career-best 5.769 at 245.99 mph in Norwalk. Considering those weren’t exactly ideal conditions in Norwalk, it marked another step in the massive improvements the team has made in 2019.

Winters needed to have a car he thought could win before he committed to the long trek to Denver, and after plenty of work he finally has that car.

“We always wanted to do this race, but the distance was a hamper. We’re ready for the challenge now and we’re up for it,” Winters said. “It’s like a bunch of pieces of the puzzle have come together. We’re building upon what we’ve learned and we feel pretty good about it.”

For race promoter and Drag Illustrated Founder Wes Buck, adding Winters to the 2019 WSOPM lineup was an exciting development, with the family-oriented team representing a key part of why he wanted to create the $100,000 winner-take-all race.

“Doug races with his family, he’s got great sponsors and they just do things the right way,” Buck said. “It’s a thrill to have them on board for the race, and it’s precisely why we have the World Series of Pro Mod. It’s a hard-working team that’s worked to develop sponsorship, and they continue to make big improvements. That’s what this class is all about and we’re excited to have them racing in Denver.”

Winters will be hard at work coming up with a combination before leaving for Denver, but the team will arrive early to test.

As usual, it will be a total family and friend experience, and Winters plans to enjoy himself during his return to Thunder Mountain.

But he’s also treating the excursion across the country as a business trip.

“It’s a big opportunity and our sponsors are excited,” Winters said. “It’s pretty cool to be the main event and we’re really looking forward to it. It’s going to be a good family weekend and we’re going to enjoy our time there together, but we’re there to win the race.”