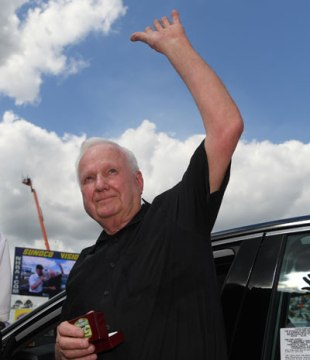 “I was pushing for it since 1989 because having worked on some fuel-injected stuff for some endurance racing applications; I saw the benefits of it right away,” Johnson said. “When we look at it from a drag race standpoint of where you’re running minimal weight parts, and you’re trying to make as much power as possible over a short duration, those parts become rather fragile, and when you run into trace detonation, which you always have with a carbureted engine.

“Because a carburetor is a pretty decent device, but as far as its efficiency, it’s only at a range of about five hundred RPM where it’s really, really tunable. When you start going 1500 RPM top to bottom of a gear change, it really gets out of its element at both ends in reality, where fuel injection you can tune it for its maximum all the way through the RPM range that you’re operating in. And that’s where the engine gains its durability factor is the fact that we’re not running into trace detonation.

“Well, unless you tune it wrong, but you can correct that because as I call it, these electric jets are infinitely adjustable.”

EFI in NHRA Pro Stock is great as he sees it but didn’t have the desired effect of revitalizing the class.

“Personally I don’t think it added the pizazz if you will, to the category that they thought it would,” Johnson said. But you have to remember all these millennials, they can’t turn a screwdriver. If you ask them to turn something counterclockwise, they look at their digital watch and they don’t have a clue which direction to turn it. So they don’t really know anything about carburetors versus fuel injection.

“It didn’t have the impact that I thought people at NHRA thought it would have, but I think overall from an engine management standpoint, and durability, it had a positive impact as far as I’m concerned.”

Johnson believes if there ever would have been a perfect time to convert to EFI, it would have been back in the late-1980s. He couldn’t say whether the move would have contributed to a healthier Pro Stock today.

“Not being on the management end of it, I can’t tell you whether it would, or it wouldn’t have been,” Johnson said. “I can tell you for a fact that a lot of teams wouldn’t have been intimidated by it as much because at the point I started pressing NHRA, there were about a half a dozen companies that were viable EFI equipment suppliers, and if you jumped in on its infancy, you just had that added learning curve over the years to get it to its maximum.

“They’ve all plateaued about a year and a half, two years ago. The Pro Stock cars haven’t improved in performance for the last two years basically if you look at the runs and take them to a standard correction factor, they’re not running any quicker, hardly any faster, and that’s partly because of the 10,500 RPM range that they have to operate with as a maximum.”

Johnson said the RPM limit saved teams initially, but eventually the costs began to increase as teams got a handle on the competition. 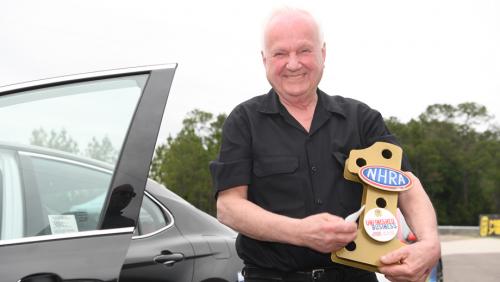 “The weak link theory comes in,” Johnson explained. “Okay, we got 10,500 RPM as a maximum, it’s actually about 10,625 as far as high gear is concerned, but when you’re given that, then you take and beat the valve train harder with more aggressive cam profiles. So in the long run, yeah initially it saves some money.

“Now that people are using up the valve train shall we say a little more aggressively, it’s taken its toll. It’s not as bad as when they were trying to run 11,000 plus RPM.”

Johnson still keeps an eye on Pro Stock, and drag racing in general, as he settles into what others deem as retirement. It’s certainly not his way to describe this phase of his life.

“I can’t say it’s retired because of the fact that I’m here 14 hours a day, 7 days a week, and I still can’t keep up,” Johnson admitted. “Maybe I’m working slower, I don’t know. I’ve definitely not slowed down, actually kind of enjoy this because it’s allowed me to do a lot of R&D that I never had the luxury of doing when I was racing full time.

“We were looking [recently] at our schedule with the appearances that Kurt and I both had to do for GM, which some of those are multi-day appearances, outside of the races, we were gone 280 days a year. How the hell can you get any R&D done? During that, we were lucky to win as many races as we won based off the fact that we didn’t have people here, we didn’t have 30 plus people like KB back there working on stuff while they’re gone.”