Don Schumacher was still an active Funny Car driver when the energy crisis of the mid-70s hit the United States with the force of a Category 5 hurricane. Thirty-five years later the owner of a multi-car drag racing operation has a front-row seat for a crisis of another nature.

Schumacher admitted his age and single-minded interest in racing kept him from taking the energy crisis too seriously, but now, as a seasoned race team owner, the nation’s economic situation, which bears some similarities to that long-ago energy crisis, has his full attention.

“In the early ‘70s, I was young and carefree to the point that I couldn’t say I truthfully identified enough with the energy crisis,” Schumacher admitted. “We found ways to get around it and continue to get on down the road.” 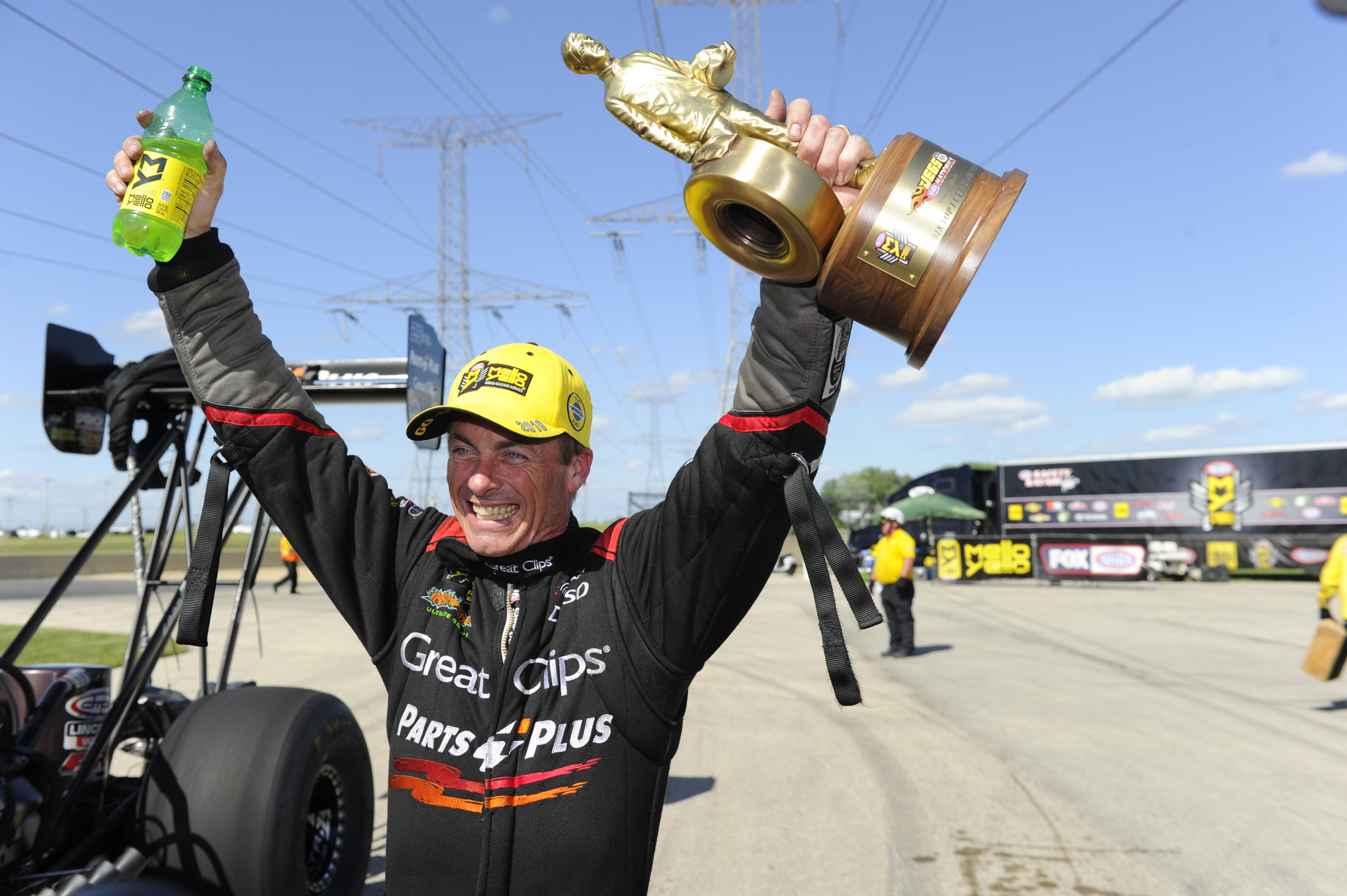 Someone finally did it, and Clay Millican is happy it was him.

Terry McMillen has been invincible in Virtual Reality Hot Rod Association competition, scoring two No. 1 qualifiers in as many races, and up until 10 minutes before the 7 PM voting finish on Tuesday, was poised to maintain his dominance. Ten minutes left into their fan-vote determined race, Millican and McMillen were in a dead tie with hundreds of votes cast.

Then Millican inched a little ahead, and at the stripe won by only seven votes, the equivalent of a race determined by two inches.

"You can call it being on a roll," Millican said with a laugh. "I have to be honest; I am bouncing off the walls from the experience of it all. It's really cool being a part of this. Let me tell you this; Terry is a bad dude.

It's race day at The Thunderdome. Qualifing is complete, now it's time to begin the process of eliminating down for a winner at Thunder at the Dome, Race 2 of 4 in the Virtual Reality Hot Rod Association.

It's all fun in fantasy land to get away from the troubles of what is happening in the real world.

For those new to this fantasy world, this is how it works. The race with the most votes advances to the next round. We had two days of voting to seed the eight-car fields.

The U.S. has seen shortages in hospital supplies, testing kits, and ventilators due to the coronavirus outbreak. Scrappers Racing along with its partner True Disruption have started collecting donations to send to the Centers for Disease Control and Prevention Foundation to aid in research and relief.

Donations in any amount are accepted and donations over $30 will receive a Scrappers Racing t-shirt. All proceeds will be donated to the CDC. 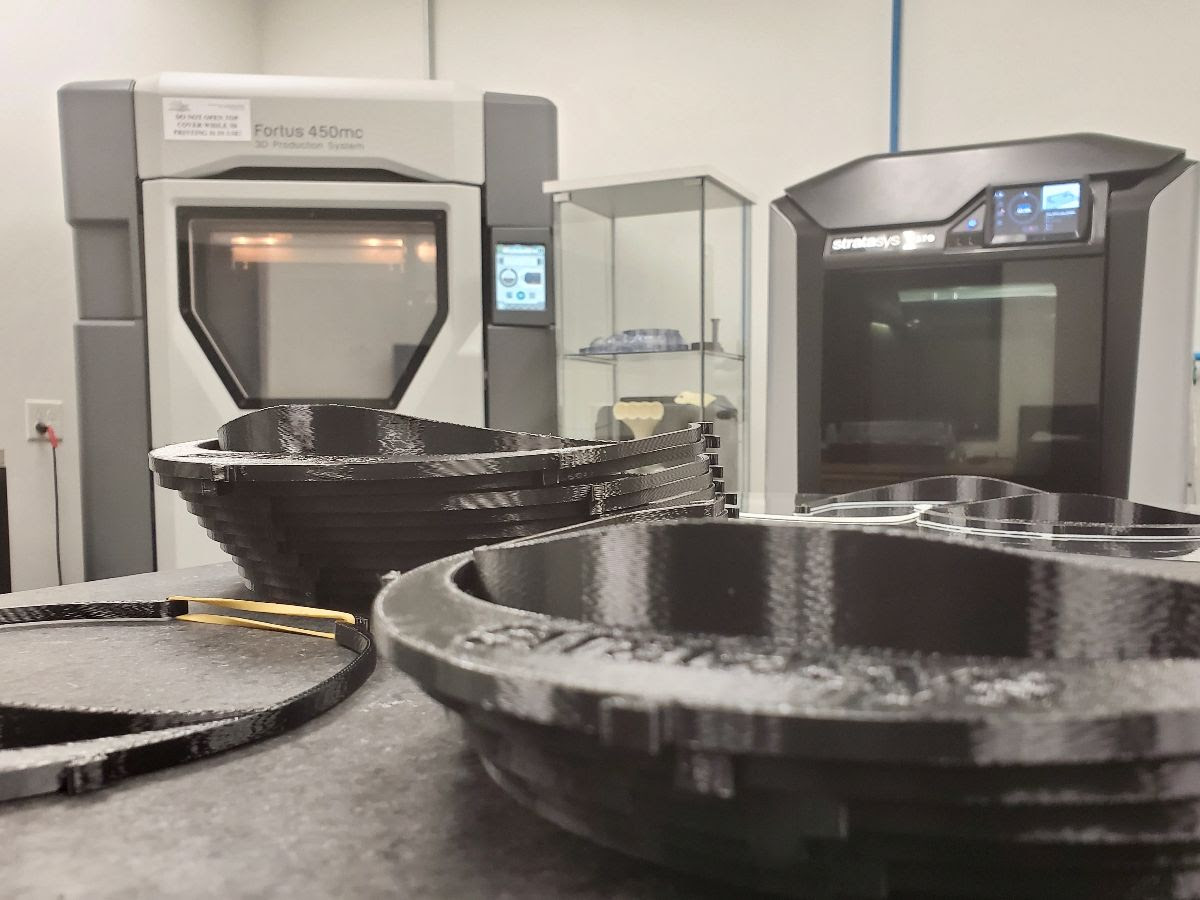 In response to the growing need for supplies, DSM has teamed up with Stratasys, a global leader in additive manufacturing or 3D printing technology, to produce headbands that will be used for medical face shields in healthcare facilities. DSM’s two Stratasys FDM 3D printers, the Stratasys Fortus 450mc and F370, are typically used for chassis fixturing, weldment fixturing, rapid prototype development and proofing out new components for DSR’s fleet of race cars. With NHRA drag racing at a temporary standstill, both printers have switched gears and are now working round-the-clock to churn out as many headbands as possible throughout the ongoing coronavirus pandemic.

In response to the COVID-19 pandemic, SFG Promotions Inc. has postponed the JEGS-SFG 500 at South Georgia Motorsports Park, originally scheduled for April 21-26. Over the weekend, President Trump extended social distancing guidelines across the nation to April 30th, giving SFG no other option on that matter. SFG has also made two other major adjustments to their 2020 plans to adapt to the new global environment.

One of those adjustments is the cancellation of the JEGS-SFG Super Bowl of Bracket Racing that was scheduled to be at Darlington Dragway during September 16-20, which is the new JEGS-SFG 500 date. Anyone who is pre-entered into the Super Bowl, or a SFG season pass holder will be contacted by a representative of SFG Promotions to either process a SFG account credit or refund: each racer has a choice between the two. Additionally, all pre-entries in the JEGS-SFG 500 will transfer to the new September date. 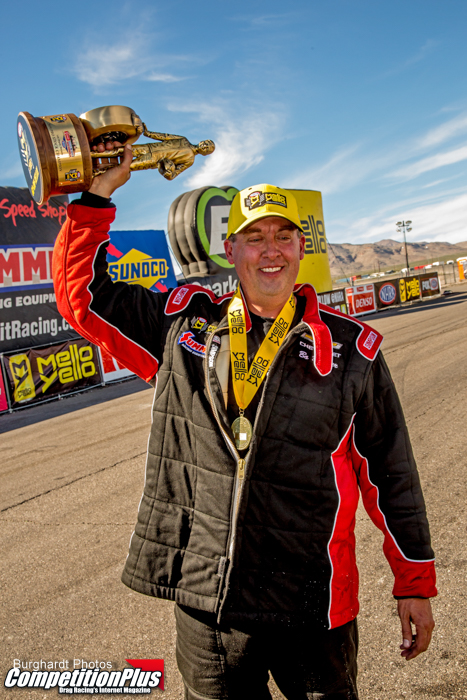 Yet, he wondered if there was still more that can be done to help those in need, especially when so many hospitals around the country are in need of equipment. That's when an idea came to him.

MCMILLEN SNARES SECOND NO. 1 QUALIFYING SPOT IN THE VRHRA 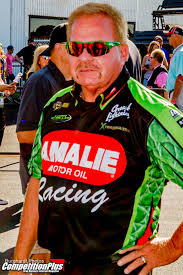 A week after qualifying No. 1 and winning the VRHRA’s inaugural race at Orange County International Raceway, McMillen has kept things rolling in race two – the first-ever indoor drag strip at the fictional CompetitionPlus.com Thunderdome in Spartanburg, South Carolina.

The VRHRA is an online, fan-vote style competition complete with multiple rounds of qualifying and eliminations.

The 2020 Gulf Western Oil Winternationals at Willowbank Raceway has been postponed until Sept 17-20.

Australia’s largest drag race, initially scheduled for June 3-7, will also change from a five to a four-day event and be preceded by the traditional Warmup event to be held a week earlier, September 12-13

“Obviously there is an incredible amount of uncertainty in the world at the moment, but we are one hundred percent committed to making the 2020 Gulf Western Oil Winternationals happen.” said Tony Wedlock, President of Willowbank Raceway.