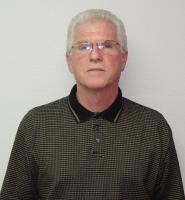 Dave Sebring has been
named General Manager of TCI® Automotive in Ashland,
MS, a division
of the highly successful COMP Performance Group™. The former Marketing and
Engineering Director for the Mr. Gasket Company, Sebring brings a long history
of advanced engineering and innovative marketing skills to the TCI® brand.
“Ron
Coleman and Scooter
Brothers [of the COMP Performance Group™] offered
me the chance to be a part of the already successful TCI® team to develop new
products that exceed the consumer’s expectations,” stated Sebring. “TCI® has a
great name in performance, and through the development of the new products we
can greatly build on that success.”

A self taught engineer
with significant hands-on racing experience, Sebring served in the military
until 1971 and then, with wife Mary, began his performance industry career with
the opening of his own speed shop in Kent,
Ohio, called
Dave’s Automotive and Speed. During that time,

RON CAPPS TO GUEST ON 'TRACKSIDE' THIS FRIDAY

Ron Capps, driver of the Brut Revolution Dodge Charger R/T Funny Car and
points leader of the 2007 NHRA POWERade Drag Racing Series Funny Car
class after seven of 23 events, will be a guest on Speed Channel's "Trackside"
this Friday, May 25.

American Graffiti is coming to Columbus. Thanks to Hot Hues Custom
Finishes by DuPont, actor Paul Le Mat, who played John Milner in the
1973 film classic, as well as two replicas of the movie's cars, will be
appearing at the 5th Holley NHRA National Hot Rod Reunion, presented by
SoffSeal, June 15-17, National Trail Raceway in Hebron, just outside
Columbus.

According to Tony Thacker, executive director of the nonprofit Wally
Parks NHRA Motorsports Museum, presented by the Automobile Club of
Southern California, Le Mat will be available for autographs and
pictures with the famous cars, a yellow 1932 Ford Coupe that Le Mat
drove and the black '55 Chevrolet 150 sedan driven by Harrison Ford.

"Everyone at the Reunion remembers 'where they were in '62,'" said
Thacker, "so this will be a real treat for fans of American Graffiti
and hot rods in general," said Thacker. "It's another reason to come
out to the event and bring the family."

Oregon Top Dragster racer Rich Bailey has turned lemons into lemonade after
his recent crash in Seattle by acquiring the “Rocketeer” blown alcohol
dragster. Built in 2001, the seldom seen Rocketeer car was designed around
the popular Disney movie of the same name. When the car was debuted it
landed in several magazines and was featured in the PPG calendar. Since then
the car has been idle but maintained to its original
condition.

Bailey sees the Rocketeer car as more than just a replacement
car but an opportunity to provide his sponsors and the sport more exposure.
“The Rocketeer car is a great find and has everything we need to get back on
the track and more. Besides being in top condition in every respect, the
Rocketeer’s unique design is in a class of its own and will benefit our
marketing partners in everything that we do both on and off the track.”
Bailey said.

CANNON PLANS TO RACE AT TULSA

If Scotty Cannon wins an
Ironman trophy this weekend, he’ll only be getting a statue of his likeness.
Weeks after undergoing back surgery to repair damaged discs, the driver of Evan
Knoll’s Seelye-Wright Top Fuel Dragster plans to race this weekend at the IHRA
Skull Shine Sooner Nationals in Tulsa, Oklahoma.

Cannon ruptured two discs
during a Friday qualifying run at Rockingham, NC. He grimaced his way through
the pain and completed the weekend. Three days later he was at the Charlotte
Spine Clinic undergoing surgery to repair the damage.

Cannon walks gingerly, but
assures everyone that he’s ready to race again. His doctor agreed and released
him for competition late last week.

CRUZ PEDREGON TO RACE PRELUDE TO A DREAM

Wed, 2007-05-23 10:13
Cruz Pedregon, the 1992 NHRA Nitro Funny Car World Champion, today announced his
acceptance of the invitation to race in the prestigious Nextel Prelude to the
Dream late model race presented by Old Spice, June 6, 2007. Held at the
legendary Eldora Speedway in Rossburg, Ohio, the high-speed dirt track race will
be broadcast by HBO Pay-Per-View to a nationwide audience. Proceeds from this
ground-breaking telecast will support the Victory Junction Gang Camp and the
Tony Stewart Foundation.
“It is a huge
honor for me to be invited by Tony Stewart to join some of the best drivers in
the world at the Prelude to the Dream at Eldora,” stated the NHRA Nitro Funny
Car star, Cruz Pedregon. “It is also a great honor to benefit worthy
organizations such as Victory Junction and the Tony Stewart Foundation.  I
appreciate the support of my NHRA Funny Car sponsors, Advance Auto Parts and Q
Racing, who turned my dream of racing in this event into a
reality.”
“This will be a
very competitive event with each driver looking to win for their fans, sponsors,
and their respective sanctioning body,” said Pedregon. “I know that Ron Capps,
my fellow NHRA competitor, and I will try to turn a few fans our way. I hope,
when the dust settles, they’ll say, ‘Hey, those NHRA drag racers sure can turn
left on dirt.’ ”

Mohegan Sun Casino has announced the signing of Pro Stock Motorcycle pilot Matt
Guidera as its new team rider with Guidera's family-owned team merging with the
operation run by Mohegan Sun team co-owners Brian Bozsum and Jessey Fenton.
Former team rider Chris Rivas, who is currently sixth in the POWERade points,
has left the team to pursue other opportunities.

"The whole Guidera racing operation has always stuck out in
my mind as being a great team to partner up with someday and that day has come,"
said Bozsum, a Mohegan tribal member. "Vic, Matt, and Len Guidera are an intense
family that I think represents the core of drag racing teams today. They show up
at the race track and its all business. I like that. I feel Matt's ability as a
rider will make this transition a very smooth process."

Riding without the benefit of a corporate sponsor, Guidera
is currently tied for 13th in the Pro Stock Motorcycle rankings. But the
extremely-tight points chase in that category shows him less than 100 points out
of fourth place.

Rod Fuller has confirmed
with Torco’s CompetitionPlus.com that his deal with Caterpillar tractor has
extended for two more races in 2007. The current NHRA POWERade Top Fuel point
leader didn’t know exactly which two races at this time.

This deal was brokered
during a successful meeting recently with executives from the dealers division
of the company. Fuller confirmed with the media on Saturday during the St. Louis weekend that
David Powers Motorsports had a meeting with the company in the days following
the event.

UPDATE: While Torco's CompetitionPlus.com reported the story we were given, team publicist Ted Yerzyk confirmed meetings in Chicago with CAT went well. Right now, as he says, there are no immediate plans to run the CAT car again.
We’re working on things, but nothing is signed. So, two more races this season
is not a fact

Piedmont Dragway and Mullis Race Cars are proud to present a 32-car “Dragster
Dash” as part of the North Carolina facilities annual Top Eliminator Challenge
June 15-17.  The special event will be a 32-car pre-entered field, with the
winner taking home a new Mullis Swing-Arm 4-link dragster base chassis.  The
runner-up in the event will earn $500.  Participation is limited to the first 32
entrants.  The entry fee is $395.

For a few weeks at least, the Wally Parks NHRA Motorsports  Museum,
presented by Automobile Club of Southern California, will say goodbye
to one of its most famous cars, the Mickey Thompson Challenger, the
first American automobile to go 400 mph. It sails for England and the
Goodwood Festival of Speed, June 22-24.

"Taking the car to
England for Goodwood is just the first leg of a multi-year celebration
of both land speed racing and Mickey Thompson's Challenger," said Tony
Thacker, executive director of the Parks Museum. "And now that his
murder case is resolved the family can move on and celebrate Mickey's
achievements. The timing is perfect."

Beyond taking the car to Goodwood, where it will be the highlight of a
display of Bonneville vehicles on the cricket pitch, Thacker said they
hope to fire the car up in 2008 at Bonneville for the first time in
almost 40 years. "With four supercharged 415-cubic-inch Pontiac motors,
four 1937 Cadillac Le Salle transmissions, four Cyclone quick-change
axles and many miles of plumbing, cables and wire – but no starter,
firing this beast is going to be a major operation. However, I'm
confident that we'll hear it roar again."