Sunday's final results from the 52nd annual Amalie Motor Oil NHRA Gatornationals at Gainesville Raceway. The race is the first of 22 in the NHRA Camping World Drag Racing Series:

Pro Modified drivers Brandon Pesz and Dustin Nesloney walked away from a crash Saturday evening during the third and final qualifying session at the NHRA Gatornationals in Gainesville, Fla.

As both drivers reached the eighth-mile, Pesz, in the left lane, began to drift left and out of the groove. His Camaro immediately turned right and into the path of Nesloney, leaving him no other choice but to t-bone the supercharged entry and creating a huge fireball. 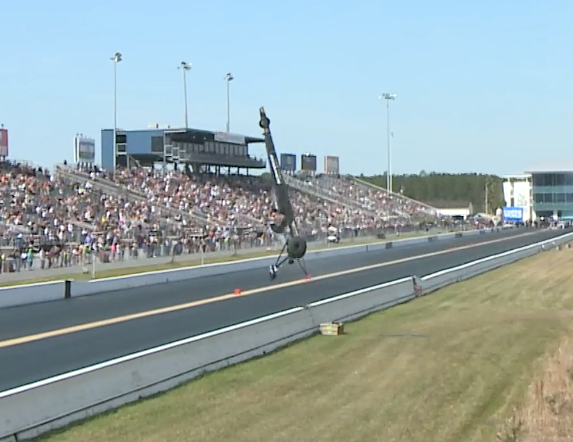 NHRA Top Alcohol Dragster racer Jasmine Salinas was taken to a Gainesville, Fla., hospital Saturday morning for further evaluation after she took a frightening flight over the left guard wall during her third and final qualifying pass at the Amalie Oil Gatornationals.

Amazingly, she sent word from the hospital that she had “a few bruises here and there but feel fine otherwise.”

ANDERSON GIFTS HIMSELF EARLY BIRTHDAY PRESENT WITH NO. 1 SPOT IN GAINESVILLE 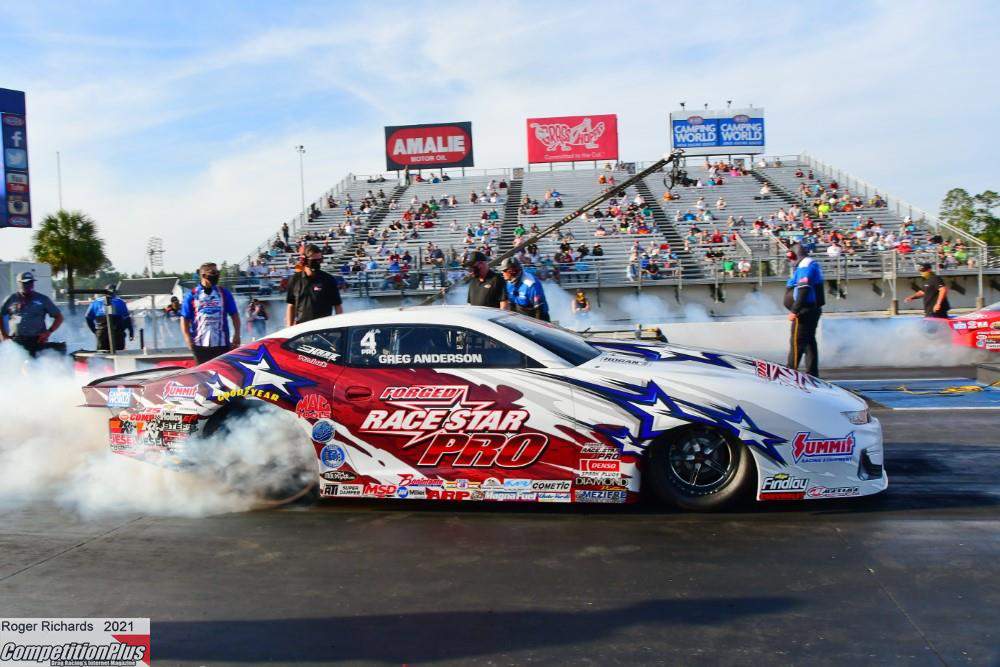 Greg Anderson’s birthday may not be until Sunday, but he wasn’t waiting that long to give himself an early present.

On the eve of his 60th birthday, Anderson bested Erica Enders and Matt Hartford in a showdown of three quick Chevrolet Camaros to earn the first No. 1 qualifier of the season Saturday at the 52nd annual AMALIE Motor Oil NHRA Gatornationals at Gainesville Raceway. 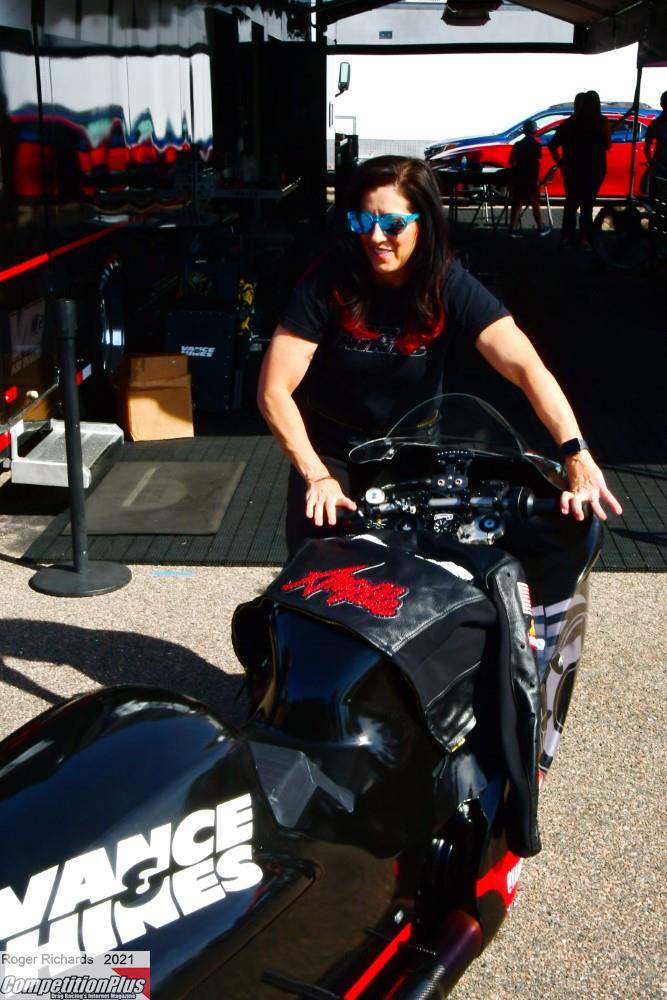 When Angelle Sampey blasted through the top end beams at The Strip at Las Vegas Motor Speedway for the final time in November, the three-time champion didn’t know if that would be her final time aboard a motorcycle in professional competition.

It was a surreal moment for the NHRA’s winningest female racer as one of the most decorated racers in Pro Stock Motorcycle history reflected on a truly amazing career.

JOSH HART SET TO BE HIS OWN BOSS 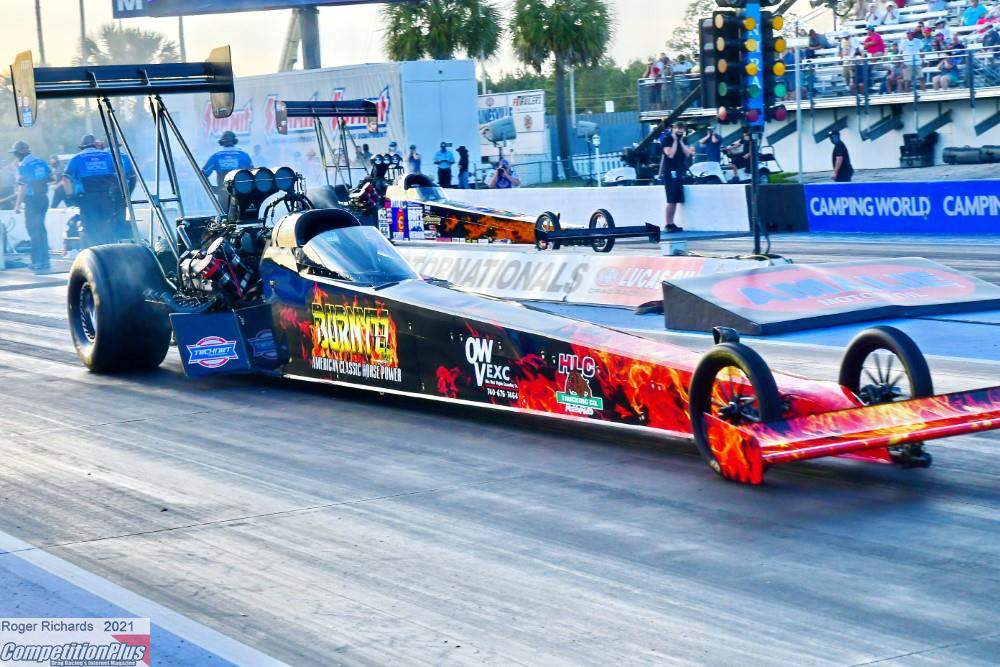 Josh Hart finally got it done. He had planned to step up to the Top Fuel ranks a year ago, with Bob Vandergriff Racing. It was going to be perfect: Hart lives down the road at Ocala, and just as with every other class in which he has competed, he would make his first Top Fuel passes on home turf.

But with most of the pro and sportsman racers assembled at Gainesville Raceway last March, the NHRA joined every other sport in suspending its season. That offered both Hart and Vandergriff a chance to take a step back and reassess their program together. Their mutual decision was that Hart’s best bet would be to own his own team.

With funding from Burnyzz and Technet and accomplished tuner Ron Douglas as crew chief, Hart is seeing his dream become reality. Before the opening qualifying session Friday, Hart said the experience would “be pretty surreal,” because “I never thought I was going to be here. You hear all the rumors about money, sponsors . . .  For the stars to align enough for me to be able to do this, it’s an honor.” 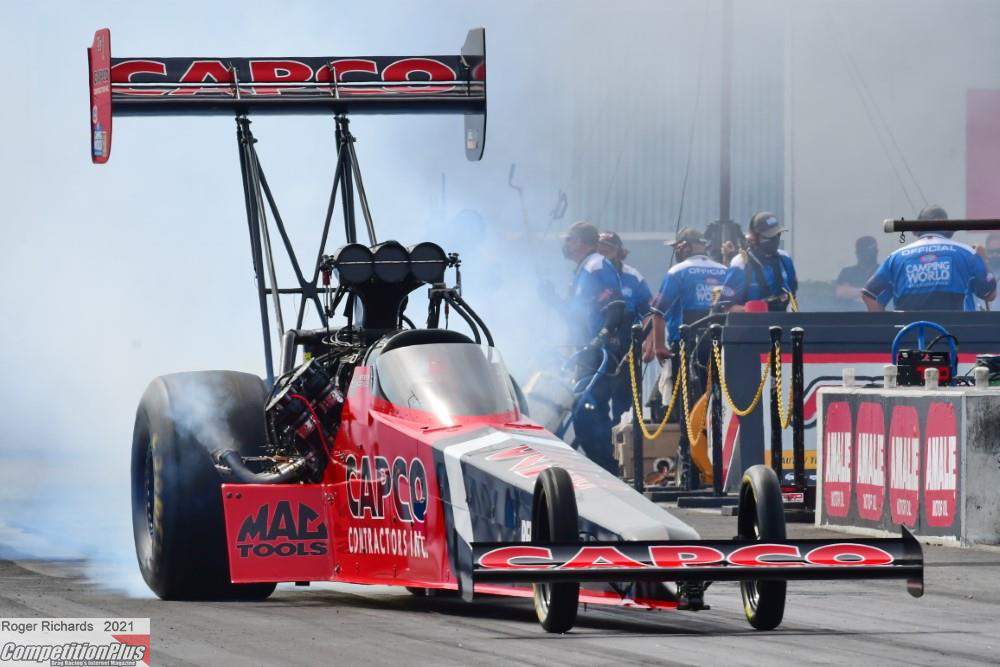 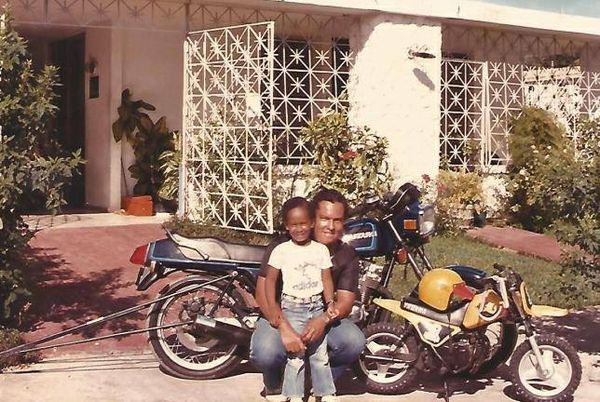 Pablo González Matos had one drag bike, and he raced it to six national championships in Puerto Rico. But when his son Pablo showed a real interest in following in his father’s treadmarks, Dad quit to throw his resources into his 16-year-old’s program. It was a smart move, for Pablo González went on to match his father in Puerto Rican motorcycle titles.

That was 24 years ago, and Friday at Gainesville Raceway, at the start of pro qualifying for the NHRA season-opening Amalie Oil Gatornationals, Pablo González Matos’ son was paying him back, paying tribute to his sacrifice.

The younger González, a Southeastern Drag Bike Association 6.0 Index bracket-racing champion who lives a couple of hours away at Orlando, made his debut in the Pro Stock Motorcycle class, riding Blake Gann’s EBR V-twin that honored yet some else who helped his career flourish. González’s bike was one that his longtime friend Shawn Gann used to compete in what’s known today as the Camping World Drag Racing Series.

The popular, flamboyant, and friendly Shawn Gann passed away suddenly last May. But this remembrance has brought his and González’s relationship full circle. This was the race at which the González family met the Ganns, exactly 30 years ago.